In celebration of equality, Chicago raised a rainbow flag above City Hall Friday.

Hanging just below the Chicago flag, the pride flag honors a historic decision made earlier in the day by the Supreme Court, which ruled that all same-sex couples have a constitutional right to marry.

The flag was just one form of celebration in Chicago and across the nation in the hours following the ruling.

Mayor Rahm Emanuel is expected to speak at 1:30 p.m. at Sidetrack bar in the city's Boystown neighborhood as part of a "Decision Day" Celebration hosted by Sidetrack and Lambda Legal, an organization that represents members of the gay community and people with HIV/AIDS. 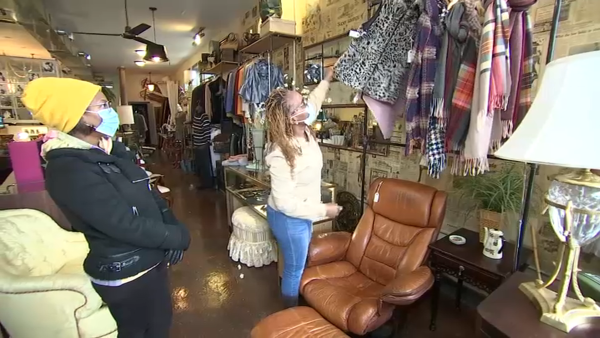 “The City of Chicago applauds and celebrates today’s historic decision by the United States Supreme Court," Emanuel said in a statement. "By ruling that every American has a right to marry whomever they love regardless of where they live, today marks one of the great civil rights victories of our time."

Illinois, in 2013, became the 16th state to allow same-sex couples to marry.