Chicago officials are preparing for another busy weekend of protests and rallies, with several large-scale demonstrations planned throughout the city.

As a result, city officials have implemented a series of safety protocols and ordered a series of road closures to assist law enforcement efforts to keep things peaceful after last weekend’s looting in downtown and in several neighborhoods and suburbs.

Here are the latest updates from the city:

In an effort to end racial injustice, a large crowd of demonstrators gathered outside Roberto Clemente Academy in the West Town neighborhood Saturday.

Protesters marched throughout the city's Northwest Side before stopping at the high school, which is located at Western Avenue and Division Street.

Several protesters marched throughout the Loop in the evening hours to call to an end to police brutality.

Footage from Sky 5 showed what appeared to be hundreds of people marching down North Michigan Avenue near West Madison Street.

Several other marches and demonstrations were planned throughout the evening.

A massive rally and march in Chicago’s Union Park drew thousands of people Saturday, shutting down streets as protesters marched for miles through the city.

The protest started at Union Park and made its way through the city to Seward Park, where it began to disperse Saturday afternoon.

“I just want to make our voices heard that are not heard normally,” Emily Johanson, who attended the rally, said.

Many protesters said they have been to several marches this week, and that the crowds are just continuing to get bigger.

“It just keeps getting bigger and bigger, which is something I like to see,” Odion Okoiron said.

Protesters who marched from Union Park to Seward Park are beginning to disperse, according to multiple reporters on the ground near the demonstration.

The march has largely been peaceful, according to reporters, and an estimated 20,000-30,000 individuals participated.

1:30 p.m.: Protesters Continue to March on West Side

After hundreds of protesters held a rally in Chicago's Union Park on Saturday, they began marching through the streets of Chicago to call for changes in the police department.

According to reports, the protests have been peaceful thus far, and marches are continuing into the afternoon.

CTA officials have announced that trains on the Red and Green lines will not stop at 35th Street amid public safety concerns.

Hundreds of people are gathering in Union Park on Chicago’s West Side as part of a rally and demonstration, as protesters call for action in the aftermath of the death of George Floyd.

Union Park is one of two major Chicago parks that will be open for demonstrations on Saturday, along with Grant Park in downtown, according to Mayor Lori Lightfoot.

Helicopter footage from the scene already shows hundreds of people in the park, with more expected to arrive throughout the day.

Travel in the area around Union Park is expected to be congested, according to Chicago officials.

The CTA has announced a series of changes to its train and bus service this weekend ahead of planned protests throughout the city.

Here are the latest service notifications from the CTA:

-CTA bus service will be stopped in an area spanning from Halsted on the west to the lakefront on the east, and between Division on the north and Cermak on the south, until further notice.

Protests, marches and rallies are planned throughout Chicago on Saturday, including in Union Park. NBC 5's Lisa Chavarria reports.

Chicago City Treasurer Melissa Conyears-Ervin has launched a Community Clean Up initiative for Saturday, helping neighborhoods on the South and West sides of the city after looting caused damage to numerous businesses over the last week.

In an effort to prevent large demonstrations or looting in the city’s downtown area, Chicago officials have implemented a series of closures in the Central Business District and the Loop this weekend:

-Halsted closed from Division to Milwaukee

-Milwaukee closed from Division to Kinzie

-Kinzie closed from Milwaukee to Canal

-Canal closed from Kinzie to Cermak

In addition to these closures, numerous bridges over the Chicago River will also be closed, including bridges at Adams, Franklin, Jackson, Kinzie, Madison, Michigan, Randolph, State, Van Buren and Wabash.

-The entrance ramp from the Dan Ryan Expressway to the northbound Stevenson will be closed this weekend, diverting traffic onto northbound I-90/94.

-Traffic on Lake Shore Drive will be closed from Fullerton to 31st Street.

More than 300 trucks from the Departments of Streets and Sanitation, Transportation and Water Management will be placed throughout the city to help with traffic control on the closed streets.

As thousands march in peaceful protests against police brutality, activists have denounced rioters and looters who they said are hijacking their message. NBC 5's Katie Kim reports on the groups taking advantage of the moment.

With dozens of protests planned across the area, Chicago officials will maintain a curfew over the weekend starting at 9 p.m. each night and lasting until 6 a.m. the following morning.

Until then, city officials say that protests will be allowed to occur in several major parks in the city, including Grant Park and Union Park.

To aid Chicago police, Mayor Lori Lightfoot announced that officials had signed contracts with private security firms to provide up to 500 additional security personnel for the weekend. 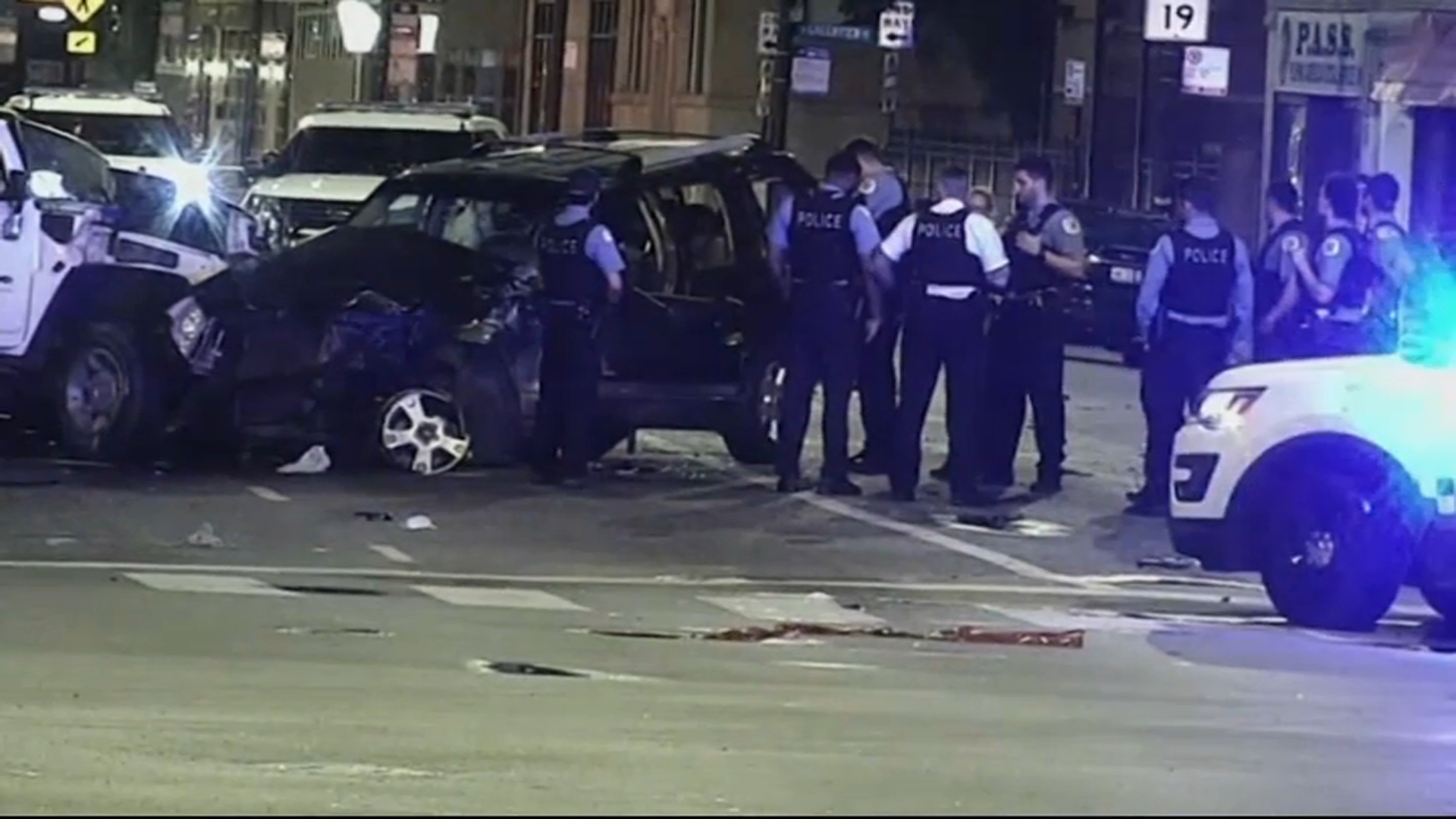 Man Charged with Murder, Carjacking in Police Chase that Led to Fatal Crash 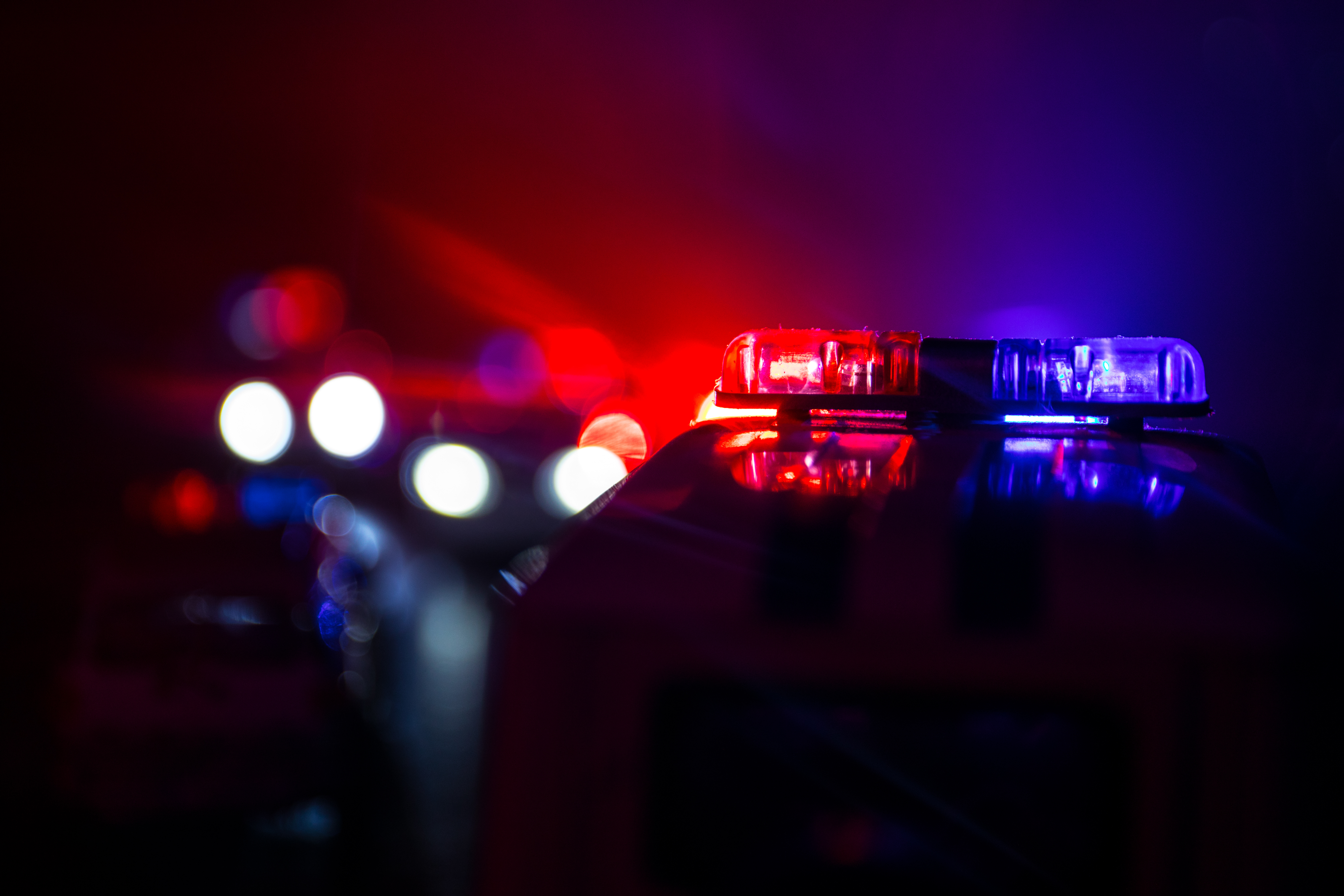 No Injuries After Shots Fired at Chicago Police Car