Who Was Harold Washington? A Look Back at the Legacy of Chicago's First Black Mayor

Friday marks what would have been the late-mayor's 100th birthday, a moment that has brought stories of his life and legacy to the forefront of many discussions

Harold Washington's election as the first Black mayor of Chicago ushered in a new era for the city, but from his election to his battles in office to his untimely death while in office, Washington's story lives on in more ways than one.

Friday marks what would have been the late-mayor's 100th birthday, a moment that has brought stories of his life and legacy to the forefront of many discussions.

Washington was first elected to his role as city leader in 1983, thanks in part to 100,000 new voters registered, including a coalition of Black and Latino voters who became key to his success. He defeated notable candidates like Jane Byrne and Richard M. Daley during the primary election that year, then was elected the 51st mayor of Chicago on April 12, 1983, just days before his 61st birthday. 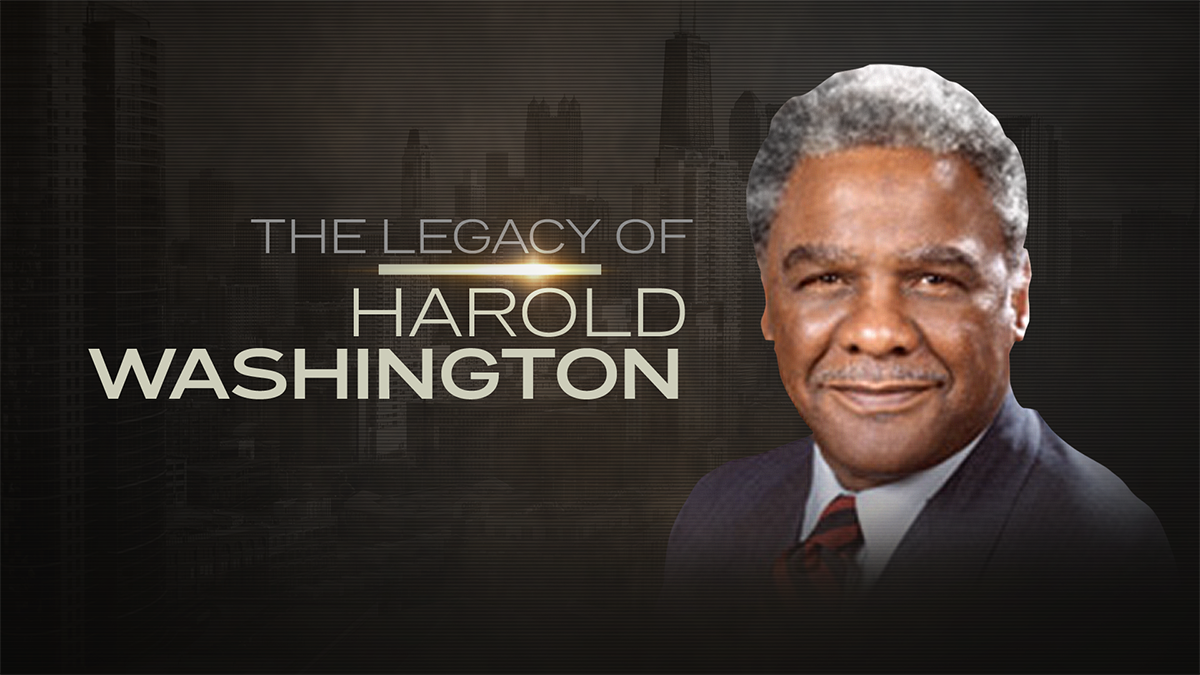 Washington, one of four children, was born in Chicago in 1922 and attended DuSable High School until 1939, though he did not get his degree until after he completed time in the military, serving in World War II before being honorably discharged in 1946, according to his biography in the Chicago Public Library.

He went on to graduate from then-Roosevelt College in 1949 and Northwestern University's School of Law in 1952, starting his own private practice that same year.

He worked his way up to becoming assistant city prosecutor for Chicago in 1954 to precinct captain in the 3rd Ward to an arbitrator for the Illinois Industrial Commission in 1960 to serving in the Illinois Legislature and Congress, until he was elected mayor.

While the road to his election wasn't easy, neither was his time as mayor.

In his first term in office, challenges erupted as a majority of alderman refused many of Washington's proposals. The group was known as the Vrdolyak 29, led by Ald. Eddie Vrdolyak and Ald. Ed Burke. In response, Washington was forced to use his veto power early on.

Among one of his first moves as mayor, Washington promoted women to his cabinet.

"His word meant something," said Peggy Montes, a member of Washington's cabinet. "His goal was to help people."

William '"Doc" Walls, an assistant to Washington, said the city "learned" from him.

"They are more tolerant in an average, everyday sense," Walls told NBC 5.

During his time as mayor, Washington created the Ethics Committee, opened government with a Freedom of Information executive order, opened the city's budget process to the public, and launched a cultural plan for the city that led to additional neighborhood festivals and events, among other achievements.

Washington was re-elected in 1987, but his time as mayor came to shocking end just seven months into his second term.

Many believe Washington paved the way for other history-making Black leaders, including former President Barack Obama and Chicago Mayor Lori Lightfoot, serving as an inspiration that forever changed Chicago politics.

"Mayor Washington boldly challenged the status quo and courageously demanded equity and justice for communities that had been underserved for generations," Chicago Mayor Lori Lightfoot said in a statement. "It is a true honor to be able to continue this work and walk in his footsteps today."