The final televised debate in Quincy is also where 14 veterans died from Legionnaires Disease at the Illinois Veterans Home. Illinois Attorney General Lisa Madigan has opened an investigation into whether the Rauner administration conducted any wrongdoing. The governor calls that “a political ploy” and says “the staff is dedicated; they love the veterans.” He added “no one’s perfect, in retrospect we could all learn lessons about how to do things better, but the veterans were well served by the outstanding staff here.” Pritzker counters “actions were not taken immediately and in fact six days went by and as a result people got sick and someone died.”

Pritzker has been questioned for more than a year about a property tax break he received after ripping five toilets out of one of his two Gold Coast mansions. Last week an investigation by the Cook County Inspector General revealed Pritzker received $330,000 in tax breaks. Pritzker’s campaign says he has now repaid the Cook County Treasurer that money. Rauner suggests that as Illinois has seen four governors go to jail that “Mr. Pritzker has a very good chance of being number five.” Pritzker responded “that’s ridiculous.” 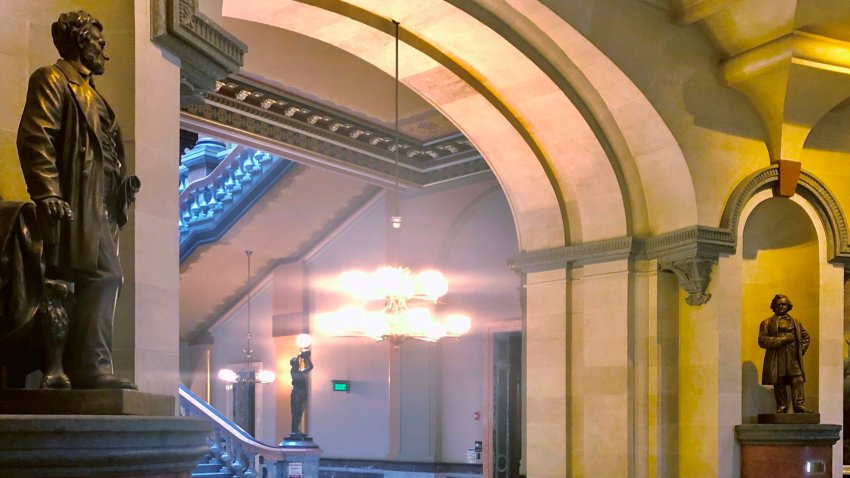 2 Sentenced to Prison for Murder of Rep. Danny Davis' Grandson

While they disagree over Pritzker’s proposal for a graduated income tax – one that he has not yet disclosed the specifics for – they are both say they are for expanding gambling in Illinois. Rauner says “many citizens in Illinois like to gamble, we are losing hundreds of millions of value as our citizens are going out of state, to Wisconsin, to Indiana and other states to gamble, we should keep them here.”

Pritzker agrees on not only expanding gaming, but also sports betting an legalizing marijuana.

“I think we can bring in $700 million by doing that, we can also accomplish in our criminal justice system by doing that by making it safe for people,” he said.