State Rep. Darren Bailey's argument that the governor's order violated his civil rights provided the basis for the Illinois attorney general's motion to transfer the case

Gov. J.B. Pritzker moved an Illinois legislator's lawsuit against him over the statewide stay-at-home order from state to federal court Thursday, one day before a hearing in the case was scheduled to take place.

State Rep. Darren Bailey, a Republican from Xenia, Illinois, filed the suit last month, claiming Pritzker exceeded his authority and violated the civil rights of the state’s residents in issuing the stay-at-home order amid the coronavirus pandemic.

Bailey's argument that his civil rights were violated provided the basis for Illinois Attorney General Kwame Raoul's motion to transfer the case to federal court, which has jurisdiction over matters pertaining to the U.S. Constitution.

“The Attorney General’s office will continue to defend the governor’s constitutional and statutory right to act to protect the health and safety of all Illinois residents," Raoul's spokeswoman Annie Thompson said in a statement.

“The law gives a defendant the right to remove a case to federal court when a plaintiff files a complaint in state court alleging a violation of rights that are enshrined the U.S. Constitution, and we have done so in several other cases challenging the governor’s executive orders," Thompson continued. "Because Mr. Bailey’s amended complaint alleges violations of his federal constitutional rights, we removed his case to the U.S. District Court for the Southern District of Illinois."

Bailey's attorney did not immediately respond to multiple requests for comment. 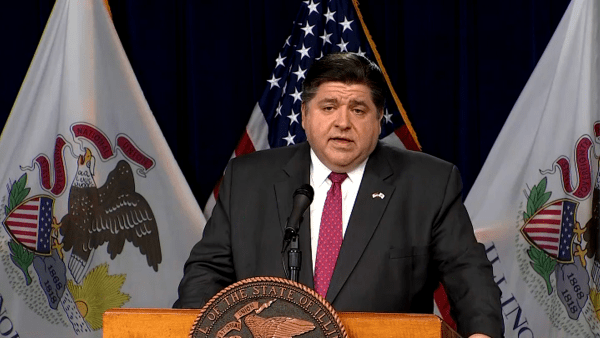 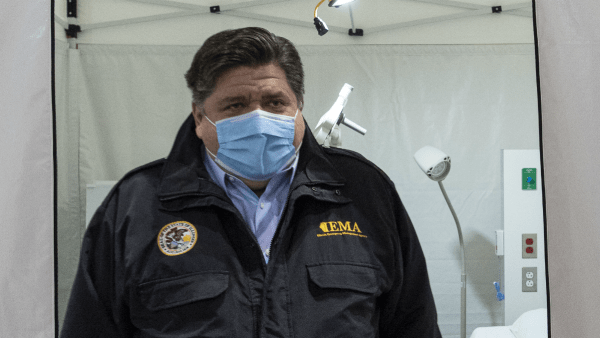 Clay County Circuit Court Judge Michael McHaney, previously presiding over the case in state court in southern Illinois, had earlier in the case granted Bailey a temporary restraining order exempting him from abiding by the restrictions of the stay-at-home order. When filing the lawsuit, Bailey said that while it may apply only to him individually, "anybody can follow suit."

A second Republican state lawmaker, Rep. John Cabello of the Rockford area, filed another lawsuit against Pritzker days later in Winnebago County Circuit Court, seeking an injunction stopping the governor and any other state officials from enforcing the order.

Last month, Pritzker loosened some restrictions of the stay-at-home order as he extended it through May 30, with more than 100,000 confirmed cases and 4,525 deaths across the state as of Thursday.

Pritzker had previously appealed the decision to grant Bailey a restraining order before moving it to federal court on Thursday.

"Representative Bailey’s decision to go to the courts is an insult to all Illinoisans who have been lost during this COVID-19 crisis. It’s a danger to millions of people who might get ill because of his recklessness," Pritzker said in a statement on the suit. "Disasters don’t evaporate on a 30-day timeframe. Legislators took this into account when they wrote this law. We will fight this lawsuit to the furthest means possible."

A second Illinois lawmaker has filed a lawsuit against Gov. J.B. Pritzker over his stay-at-home order issued to slow the spread of the deadly coronavirus. NBC 5's Charlie Wojciechowski reports.

Pritzker commented on the venue in which the legal proceedings were to take place in an appearance on "TODAY" last month, claiming several people appeared to laugh when Illinois' legal representatives said in court that lifting the stay-at-home order would result in more deaths from the coronavirus.

"First of all, the suit itself was extraordinarily irresponsible," Pritzker said. "This state representative was looking to gain some celebrity for himself. He took it to a local court, a local elected judge and got the ruling that I think he knew he was going to get in that local courtroom."

On Wednesday, Bailey's colleagues on both sides of the aisle voted to remove him from the House floor for refusing to wear a mask during the legislative session in accordance with newly-adopted House rules.