The ad, which is set in the scene of a wedding, shows a priest standing before two men, said to be Pritzker and Madigan, under an arch reading vows

The ad highlights what Pritzker's campaign calls "the man who can do no wrong."

It features clips of Rauner saying things like "I am not in charge, I'm trying to get to be in charge." And "I did not create the school funding formula." 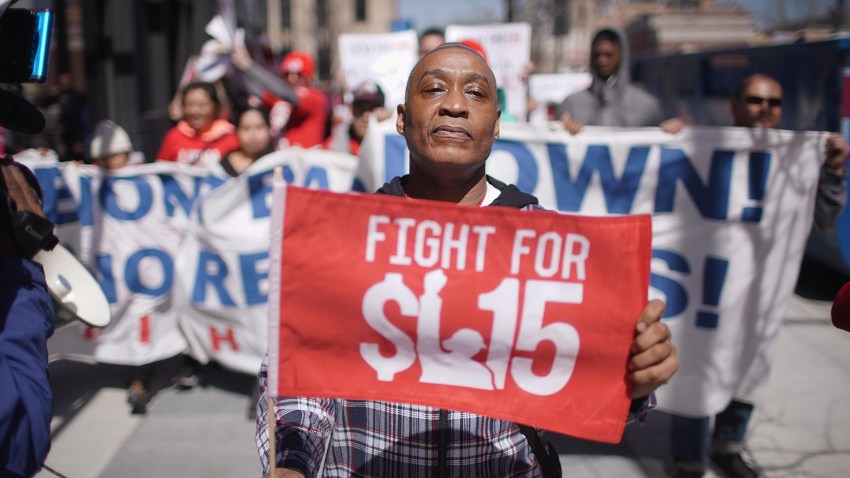 “For four years, Bruce Rauner has led our state to complete devastation while blaming everyone but himself and claiming he’s ‘not in charge,’” Pritzker campaign spokeswoman Jordan Abudayyeh said in a statement. “But Illinoisans know this failed governor’s real record — and they’re not playing games when they head to the ballot box and vote Rauner out of office this November.”

The ad follows one launched by Gov. Bruce Rauner’s campaign depicting a wedding between Pritzker and House Speaker Mike Madigan.

“I, Mike Madigan, take you J.B. Pritzker as my unlawful partner in destruction,” the officiant says. “To raise property taxes, corrupt government and bankrupt Illinois’ future.”

The officiant then turns to a man meant to resemble Pritzker and asks if he will take Madigan “to honor and obey ‘til death do us part,” to which the actor replies, “always have, always will.”

“By the power vested in me, I now pronounce Illinois [bleep],” the officiant says.

“Together, they will bankrupt Illinois with billions in new proposed spending and a massive tax hike,” Rauner’s campaign said in a statement.

Pritzker said in a statement “it is only fitting that Bruce Rauner would choose to end his campaign by blaming others for his own failures.”

“After four years of seeing their governor more interested in affairs with special interests, badmouthing his own state and refusing to compromise, the people of Illinois are looking forward to their divorce from Bruce Rauner being finalized on November 6th,” Pritzker said.