Pritzker Criticizes Trump Over ‘Inflammatory' Rhetoric in Call With Governors

In a conference call with President Donald Trump and governors across the country Monday following a weekend of protests, violence and unrest nationwide, Illinois Gov. J.B. Pritzker took aim at the president's rhetoric with the president himself - sparking a heated exchange.

"I wanted to take this moment - and I can't let it pass - to speak up and say that I've been extraordinarily concerned about the rhetoric that's been used by you," Pritzker said, according to a transcript provided by Pritzker's office.

The White House billed the event as a video teleconference "with governors, law enforcement, and national security officials on keeping American communities safe," NBC News reported, after protests and unrest gripped the nation in the wake of the police killing of George Floyd in Minneapolis on May 25. 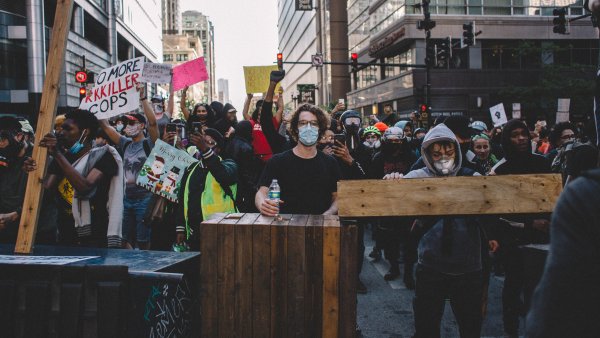 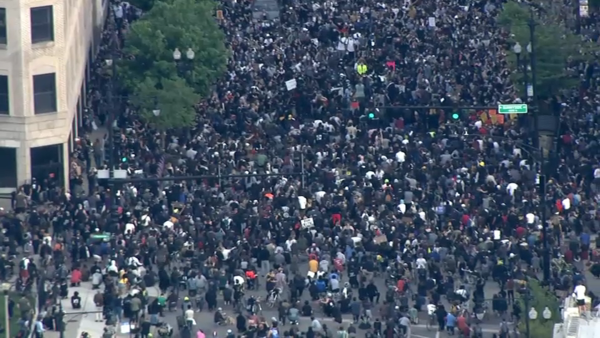 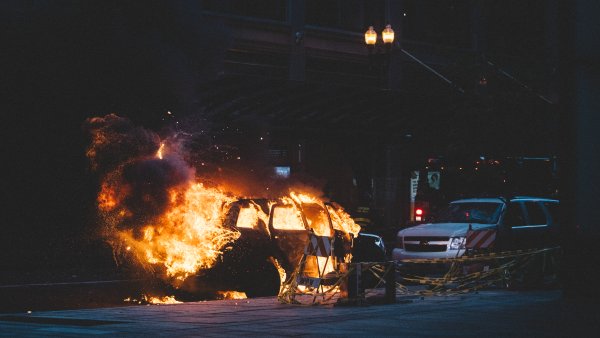 "It's been inflammatory, and it’s not okay for that officer to choke George Floyd to death," Pritzker continued, according to the transcript. "But we have to call for calm. We have to have police reform called for."

"We've called out our National Guard and our state police, but the rhetoric that's coming out of the White House is making it worse," Pritzker added. "And I need to say that people are feeling real pain out there and we've got to have national leadership in calling for calm and making sure that we're addressing the concerns of the legitimate peaceful protesters. That will help us to bring order."

Trump, according to Pritzker's office, responded by slamming the Democratic governor's rhetoric surrounding the coronavirus pandemic. Pritzker often appeared on national television in recent weeks to criticize the federal response to the outbreak, which has killed more than 100,000 people nationwide.

As protests roiled U.S. cities last week and into the weekend, police response to the protests has been as varied as the protests themselves. While some officers met protests against police brutality with more brutality, others handed out hugs, held up signs and marched with protestors.

The transcript provided by Pritzker's office indicates that the governor unsuccessfully attempted to respond to that point before Trump continued. An audio recording of the call obtained by the Washington Post reveals the two men briefly spoke over one another.

"With respect to Officer Floyd, I've spoken about it often and I've spoken about it with great compassion and I think it's a horrible thing that happened. And I've called it out on numerous occasions and numerous speeches. I even spoke about it at our great rocket launch," Trump said, per the audio recording, referencing his comments made at the SpaceX launch on Saturday.

"I covered it before I covered the rocket. We just sent out a billion dollar rocket and before I spoke about the rocket, in a major speech after the rocket launched, I spoke about Officer - I spoke as to what happened with respect to Mr. Floyd," Trump continued.

"I thought it was a disgrace. I thought what happened was a disgrace but I spoke about it probably as long as I did about the rocket itself. And those police officers, what they did, including the three of them that stood there and watched, and they didn't even participate in it," Trump said. "The whole world was disgraced by it — that's just our country — and the whole world was watching."

During the call, Trump reportedly told the governors, "most of you are weak" and said they were making themselves “look like fools” for not calling up more of the National Guard.

Gov. J.B. Pritzker addresses the death of George Floyd, an unarmed black man in police custody in Minneapolis. Floyd’s death has sparked protests in both Minneapolis and Chicago.

"You have to dominate, if you don’t dominate you’re wasting your time," Trump said, according to NBC News, calling the response to initial protests in Minnesota "weak and pathetic," positing that protesters spread out to other cities after leaving Minneapolis.

Sunday marked the third consecutive night of protests in Chicago calling for justice for Floyd, whose killing was captured on cellphone video and resulted in the firings of the four officers involved, as well as third-degree murder and manslaughter charges for the officer seen kneeling on Floyd's neck for nearly nine minutes.

While many demonstrations in Chicago remained largely peaceful, looting and vandalism also erupted in the Chicago area Saturday and Sunday nights, with windows broken, stores ransacked, fires set and more.

Authorities said at least 240 people were arrested in Chicago Saturday and 699 arrested Sunday. Dozens of people were shot, 18 fatally, over the course of the two days across the city, according to police. More than 150 officers were injured throughout the weekend, officials said, with some requiring hospitalization.

With Saturday's activity largely concentrated in the city's downtown neighborhoods, Chicago officials shut down most roads and transit service into the Loop to everyone except area residents and essential workers. The city also put a curfew in place, shut down transit altogether and advised residents to stay home amid the unrest.

Pritzker also activated a contingent of the Illinois National Guard to Chicago at Mayor Lori Lightfoot's request early Sunday. With access to the city's downtown area restricted, the largely peaceful protests as well as the looting and vandalism spread to other parts of the city and the surrounding suburbs - many of which put some of the same restrictions on movement in place.