Any religious gatherings must be limited to no more than 10 people per social distancing guidelines, the order states

The same day an Illinois church filed a federal lawsuit against his extended stay-at-home order, Gov. J.B. Pritzker issued a modified order that includes the exercise of religion as a permitted essential activity.

The amended order issued Thursday includes "the free exercise of religion" under a list of essential essential activities for which leaving the home is allowed. But any religious gathering must be limited to a maximum of 10 people in compliance with social distancing guidelines put forth by the Centers for Disease Control and Prevention.

"Religious organizations and houses of worship are encouraged to use online or drive-in services to protect the health and safety of their congregants," the order reads.

This puts religious services in the same classification under the order as activities like going to work at an essential business, partaking in outdoor activity or exercise, taking care of loved ones and grocery shopping or obtaining necessary supplies.

Illinois Gov. J.B. Pritzker is facing a third lawsuit to reopen the state, this time from a Rockford area church that claims the governor is being hostile to religion. NBC 5’s Patrick Fazio reports.

Pritzker issued the new order with the religious modification the same day the Beloved Church in Lena, located in northwestern Illinois, filed a federal lawsuit against him.

The church, forcibly closed under the order, alleges the extension of the stay-at-home order is unconstitutional and said it plans to hold public services this Sunday. 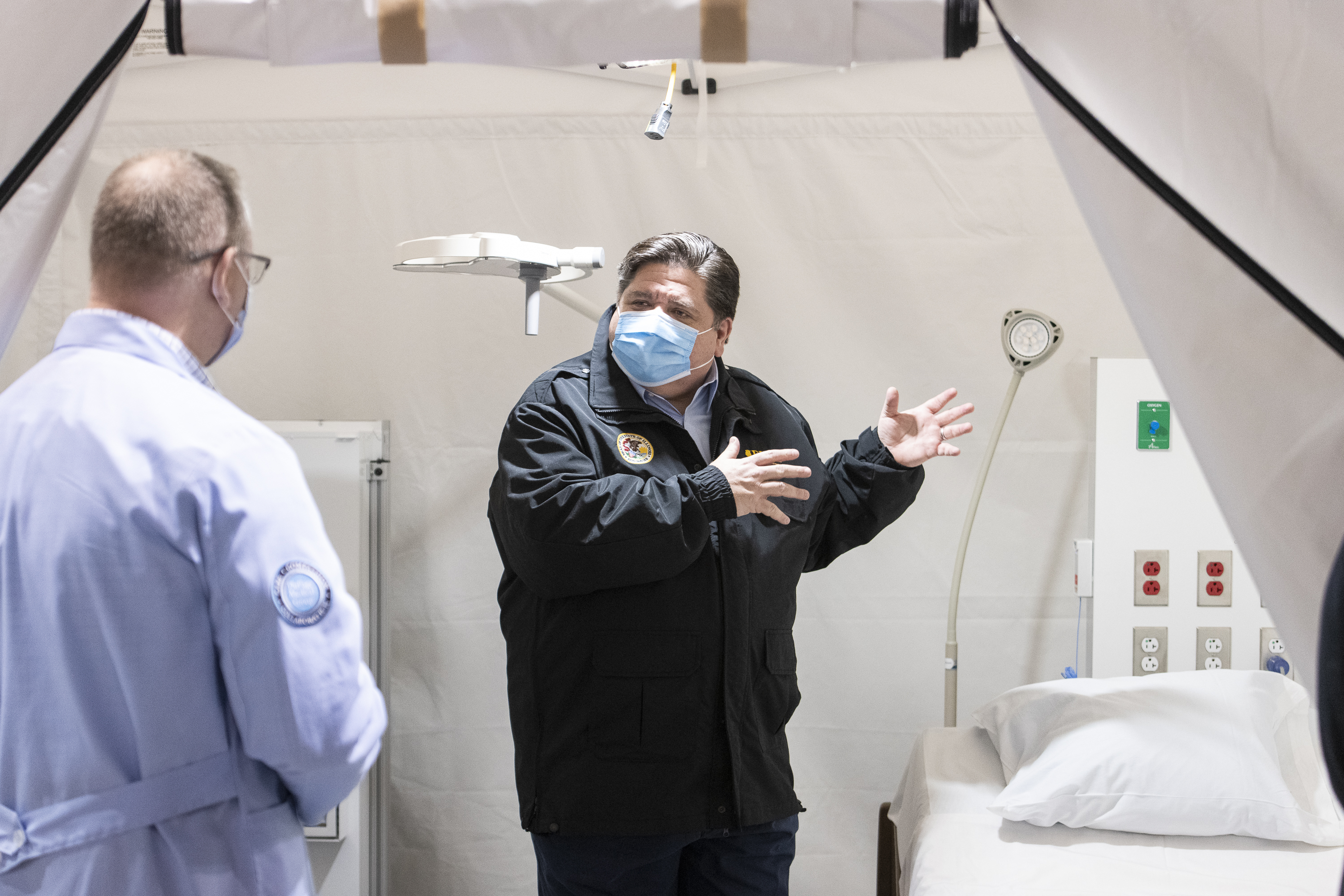 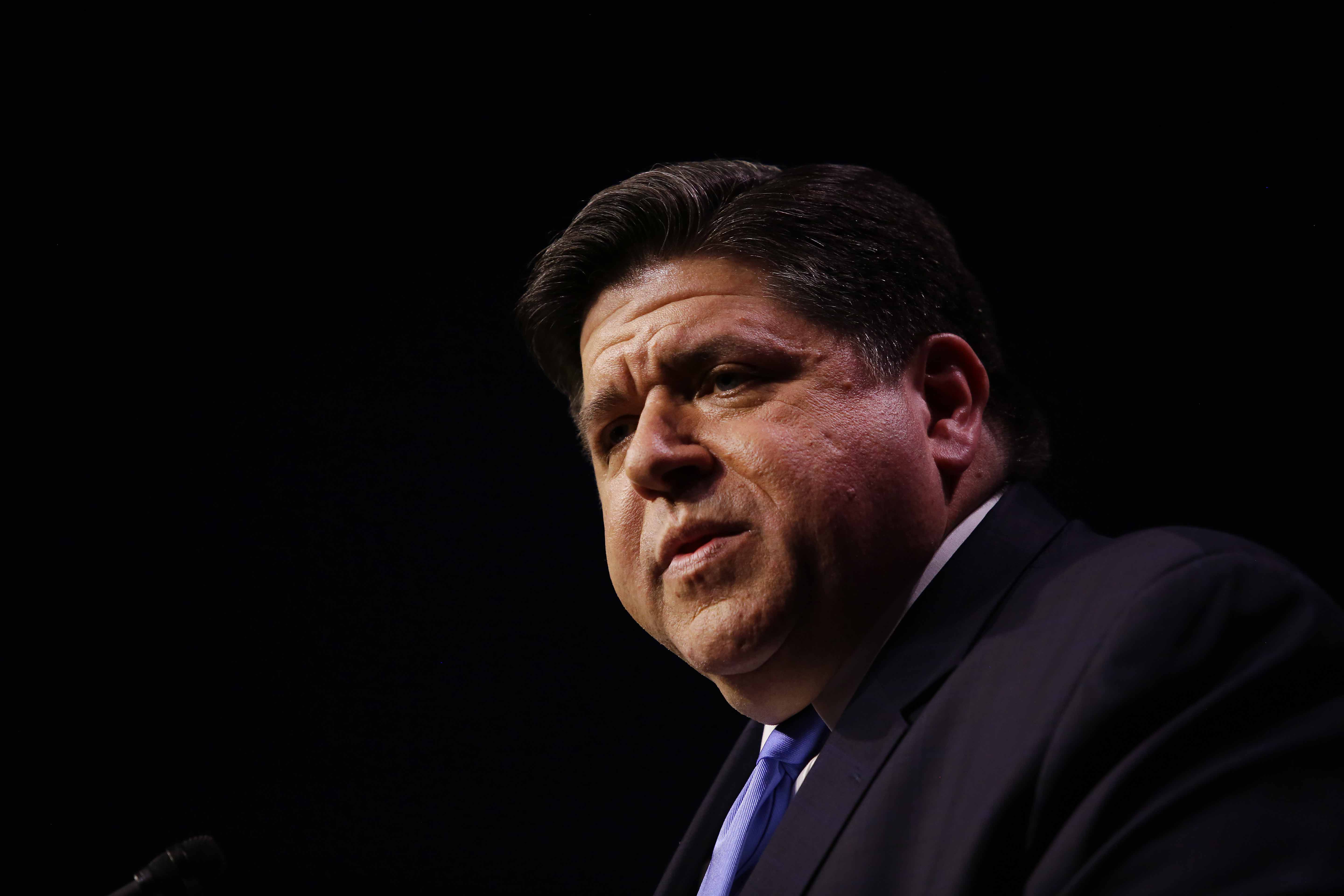 "They justifiably fear arrest and prosecution if they do so, without immediately relief from this court," the lawsuit states, asking for temporary and permanent relief from the stay-at-home order.

The church said it was served a cease and desist notice on March 31 by area police saying if it did not comply with the stay-at-home order "the Illinois Department of Public Health has the authority to order that a place be closed and made off limits to the public." The suit alleges people of faith are being relegated "to second-class citizenship" under the order.

"The churches and pastors of Illinois are no less 'essential' than its liquor stores to the health and well-being of its residents," the suit states.

It's the third such lawsuit - though the first filed in federal court - surrounding the extended order, which took effect Friday and continues through May 30.

Rep. John Cabello, a Republican from the Rockford area, filed suit Wednesday in Winnebago County Circuit Court, alleging he and "all citizens similarly situated are being irreparably harmed each and every day they continue to be restricted to their home and limited in their activities" under the order.

Pritzker has slammed the lawsuits during his daily press briefings this week, calling them "irresponsible" and "just another attempt at grandstanding."

He also filed an appeal Wednesday aimed at overturning the ruling that exempts Bailey from abiding by the restrictions of the order.

When asked about the church's suit Thursday, Pritzker acknowledged "these are difficult times for parishioners to not be able to access in person your faith leader," but said many churches have found ways to reach parishioners while social distancing.

"[I] would just urge the faith leaders who are worried about the length to put the health and safety of their congregants first," he said.

Stephenson County, where the church is located, has seen a spike in new coronavirus cases this week. The rural county of about 44,000 people reported its first case on March 22 with 13 cases reported by April 24. But in the past week, the county has seen its cases rise to 35. No fatalities have been reported in the county so far.