Illinois Democrats shoot down Rauner's claim that he met with Madigan, Cullerton

Bruce Rauner, running for Illinois governor on the Republican ticket, wants to show his ability to play nice with Democrats -- but he might have spoken too quickly when mentioning some meetings that never happened. At least not recently.

"I'm right in the middle of the process of meeting with every legislator here in Springfield," Rauner declared at a recent Illinois Chamber of Commerce-hosted lunch in the state capitol according to the State Journal Register. "I want to get to know them all. I've spent time with the speaker and the president and the caucus leaders and their members. I've met with all the Republican members, and I'm in the process of meeting with all the Democratic members."

That was news to House Speaker Michael Madigan and Senate President John Cullerton. "Maybe Mr. Rauner confused his Cullertons, because the Senate president hasn't talked to him in three years," the Democrat's spokesperson told The State Journal-Register, while Madigan's press secretary recalled that Rauner and Madigan last met two-plus years ago.

Both conversations were focused on school reform, according to the paper.

Illinois Getting $1.4B From Feds to Fix, Upgrade Bridges 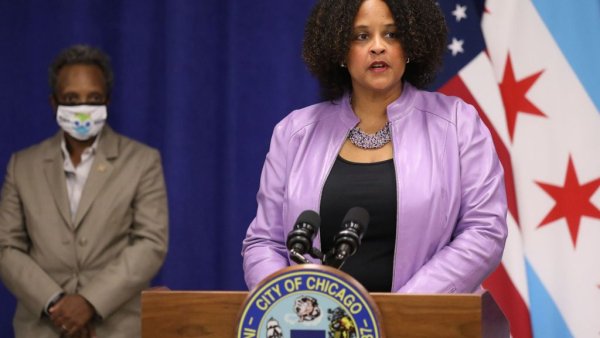 These past few days, Rauner has gone negative in his attacks on Gov. Pat Quinn, who's backed by Madigan, Cullerton and other top Democrats.

"He was calling everybody corrupt, career politicians,” said Madigan's publicist, Steve Brown, adding: "and now he's trying to pretend like ... he's having meetings and he's not making them the boogeyman.”

Maybe it's time for Rauner to try on that Quinnochio costume.