Lightfoot and Durbin announced their support for Biden at a news conference in Chicago alongside Biden's wife, Dr. Jill Biden, and five other members of Illinois' Congressional delegation who had already previously endorsed Biden.

"Today we have a president who has decided to build his identity around tearing down this great city, who demonizes individuals and groups to serve his political purposes," Lightfoot said of President Donald Trump, calling the upcoming election "the most consequential" of her lifetime.

"We need a leader who will use his power and influence to heal the divides and bring us together," she continued. "What impresses me is how Joe Biden has turned his pain into empathy and purpose - qualities that every great leader needs and are profoundly missing in this White House."

Lightfoot and Durbin announced their endorsement with five other members of the House of Representatives, all Democrats from Chicago and the surrounding suburbs who already backed Joe Biden: Reps. Robin Kelly, Mike Quigley, Danny Davis, Brad Schneider and Bill Foster. Joe Biden also received the endorsement of Illinois' junior Sen. Tammy Duckworth earlier in the week.

"America needs a president who we can tell our children is a good, caring, honorable person, who will lead our nation in the tradition of the best leaders of both political parties," Durbin continued. "Joe Biden is that man, who will be that president." 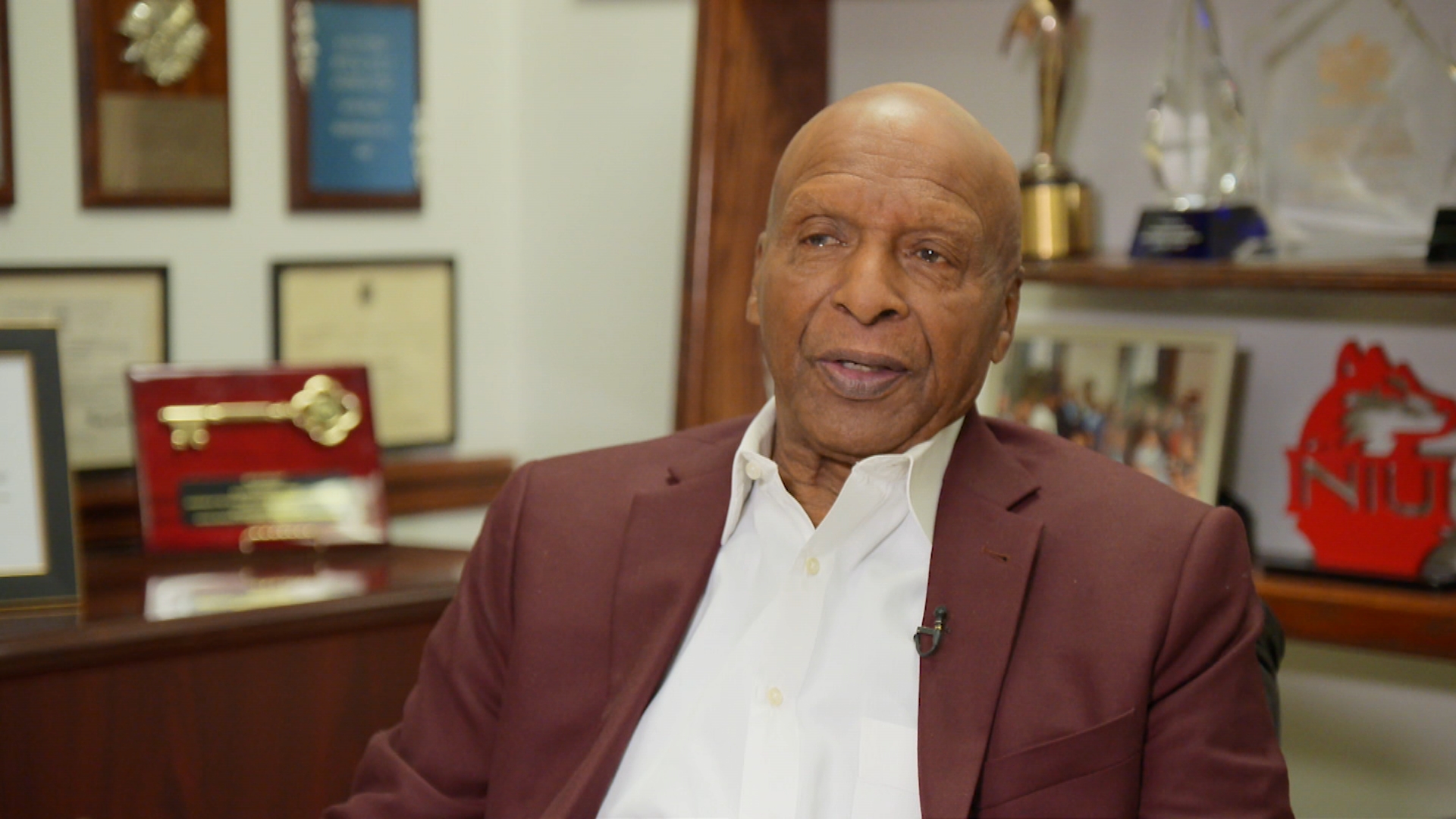 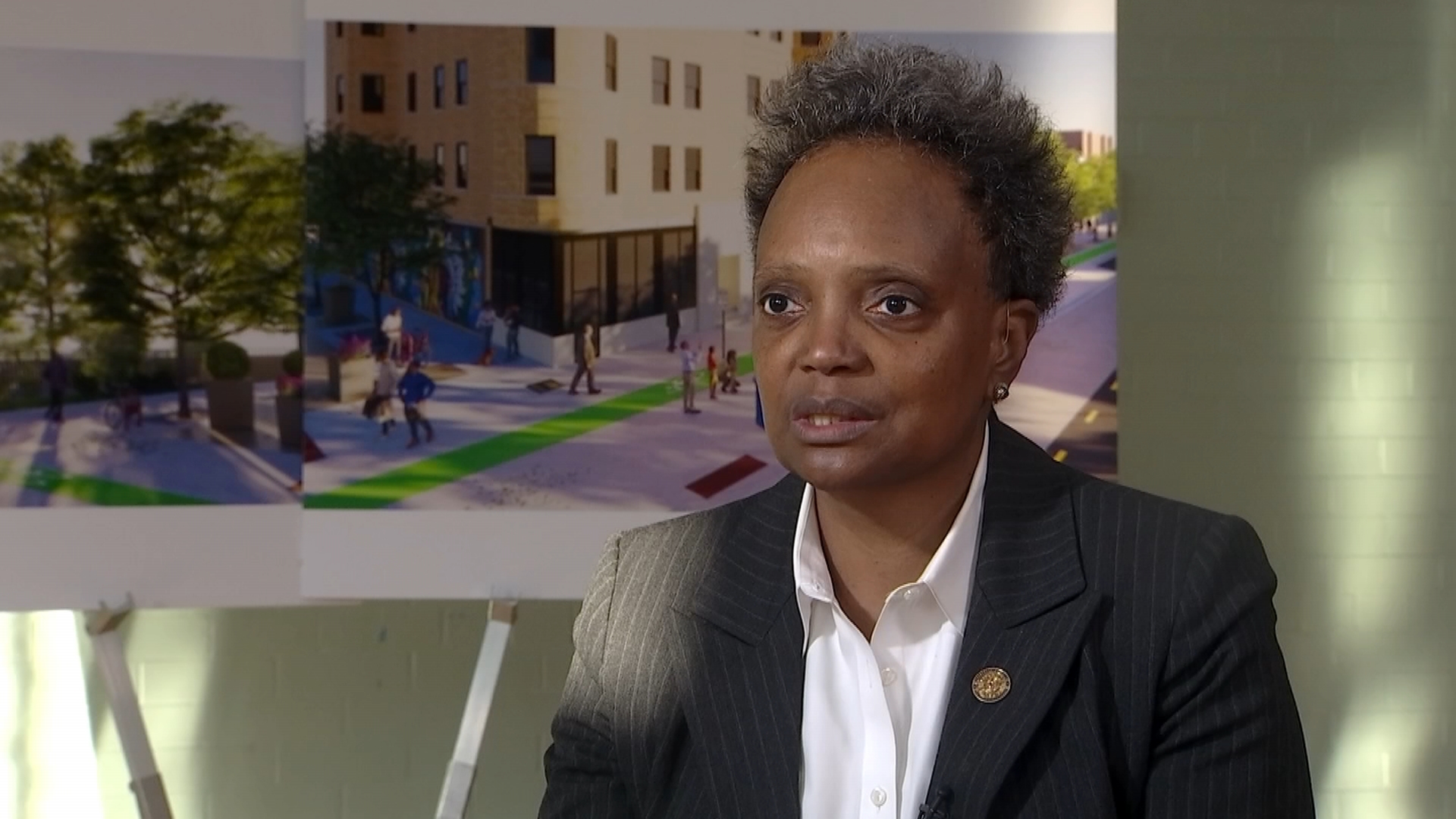 "Today we have a president who has decided to build his identity around tearing down this great city, who demonizes individuals and groups to serve his political purposes," she said in a nod to Trump's frequent criticisms of Chicago.

"I know President Biden will make Chicago a partner and not an adversary," Lightfoot said.

Following Super Tuesday, multiple presidential candidates suspended their campaigns, turning the Democratic primary into largely a two-person race between Joe Biden and Sen. Bernie Sanders. Rep. Tulsi Gabbard also continues to campaign, but with a far smaller operation, winning just one delegate in the primary as of Friday.

With its election day on March 17, Illinois has 184 total delegates up for grabs, the sixth-highest total of all 50 states. In the 2016 Democratic presidential primary, Sanders nearly upset former Secretary of State Hillary Clinton, losing the state by less than two points. He has a strong network of support in Chicago, where six of the city's 50 alderman are self-described Democratic Socialists.

"This state will always have a place in my heart," Jill Biden said. "A few hours away in Springfield, my life changed forever when candidate Barack Obama announced his running mate would be my husband Joe."

"And this city is where one of the most magical nights of my life happened, and probably for many of you, I bet that's the same, right here in Grant Park," she continued, referencing Obama's 2008 election night victory celebration. "Looking out over a sea of faces I saw pure joy, a country united."

"I know I don't need to remind you just how magical it was - the hope we all felt, as if anything was possible. We just had to come together to make it happen," Jill Biden continued. "And in so many ways, that election changed our nation forever. Today we're facing another election that could fundamentally change the character of our country and our standing in the world."

Both Joe Biden and Sanders are scheduled to visit Illinois ahead of the primary election. Sanders planned to hold a rally at Grant Park in Chicago on Saturday, then stop in Rockford on Tuesday. Joe Biden was expected to visit Chicago Friday for a fundraising swing and a public event.

Lightfoot's endorsement could prove to be important in the race to win Illinois - she earned more than 73% of the city's vote to win her 2019 run-off against Cook County Board President Toni Preckwinkle. At least one presidential candidate previously courted her support: former New York City Mayor Mike Bloomberg, who skipped the first four states to vote entirely and spent millions on staff and television airtime in Illinois before dropping out of the race entirely Wednesday after a disappointing Super Tuesday finish.

One potential factor behind Lightfoot's support of Joe Biden may stretch back to the fall, when she was locked in a battle with the Chicago Teachers Union for an 11-day strike in October. Several presidential candidates threw their support behind the union, including Sanders, who spoke at a CTU rally ahead of the strike. During his visit to Chicago, Lightfoot later noted he did not reach out to her to meet.

"While our primary continues, I hope you'll be focused on the ultimate goal, which is victory in November because as Sen. Sanders himself has said, Donald Trump is the most dangerous president in American history and in the end, our party is united in understanding that threat," Lightfoot said Friday.