Chicago Mayor Lori Lightfoot appeared on "The Daily Show" Wednesday night, where she discussed a range of topics with host Trevor Noah, including - you guessed it - those infamous memes and PSAs that are part of her efforts to help slow the spread of the deadly coronavirus.

"Where's Lightfoot" memes, showing the mayor photo-shopped into various spots, watching over the city, first began popping up across social media last month as she placed restrictions on public spaces to discourage people from gathering.

Those memes delighted many Chicago residents - including Lightfoot herself, who later released a humorous public service announcement building on them, and praised them in her interview with Noah.

"Humor is kind of the unifying thing, right? And in this really dark time, we found that… really, this came up organically from other people, there's a bunch of memes that started once I closed the lakefront down," she said, adding that she and her team were "just building upon people's desire for content."

"You know, this is the time when we would be heavily involved in sports and music and all of that has been taken from us by really trying to curb the spread of this virus," Lightfoot continued. "So giving people hope and using humor, it's a great way to kind of break through the noise and reach people."

Chicago Mayor Lori Lightfoot posted a hilarious video on social media Monday, showcasing several “versions” of herself to motivate people to self isolate during the coronavirus outbreak.

As for her efforts to drive through Chicago and personally break up gatherings she sees? Lightfoot said, "I just think it's important for the mayor not to just be seen behind the TV screen, but to be out in the community - safely of course, but to be present."

Lightfoot also discussed with Noah her efforts to combat domestic violence while many are at home - some in unsafe situations - during the pandemic.

"We know that domestic violence is a problem in the best of times and we were concerned about seeing an uptick," she said.

"So what we did in combination with Uber and Lyft was train the hotline workers, where people are calling because they want to get out of a dangerous or troubling family circumstance, to give them a special code that they can use to order a Lyft or an Uber to take them anywhere to safety," Lightfoot continued. "We didn't want the absence of a ride to be the reason somebody felt compelled to stay in a dangerous domestic situation."

Lightfoot also touched on her initiatives to combat the racial disparity seen in Chicago's coronavirus cases, with cases and fatalities disproportionately impacting African-Americans. She discussed her previously announced efforts to mandate that healthcare providers conducting testing share demographic information along with results, as well as outreach efforts in specific communities. 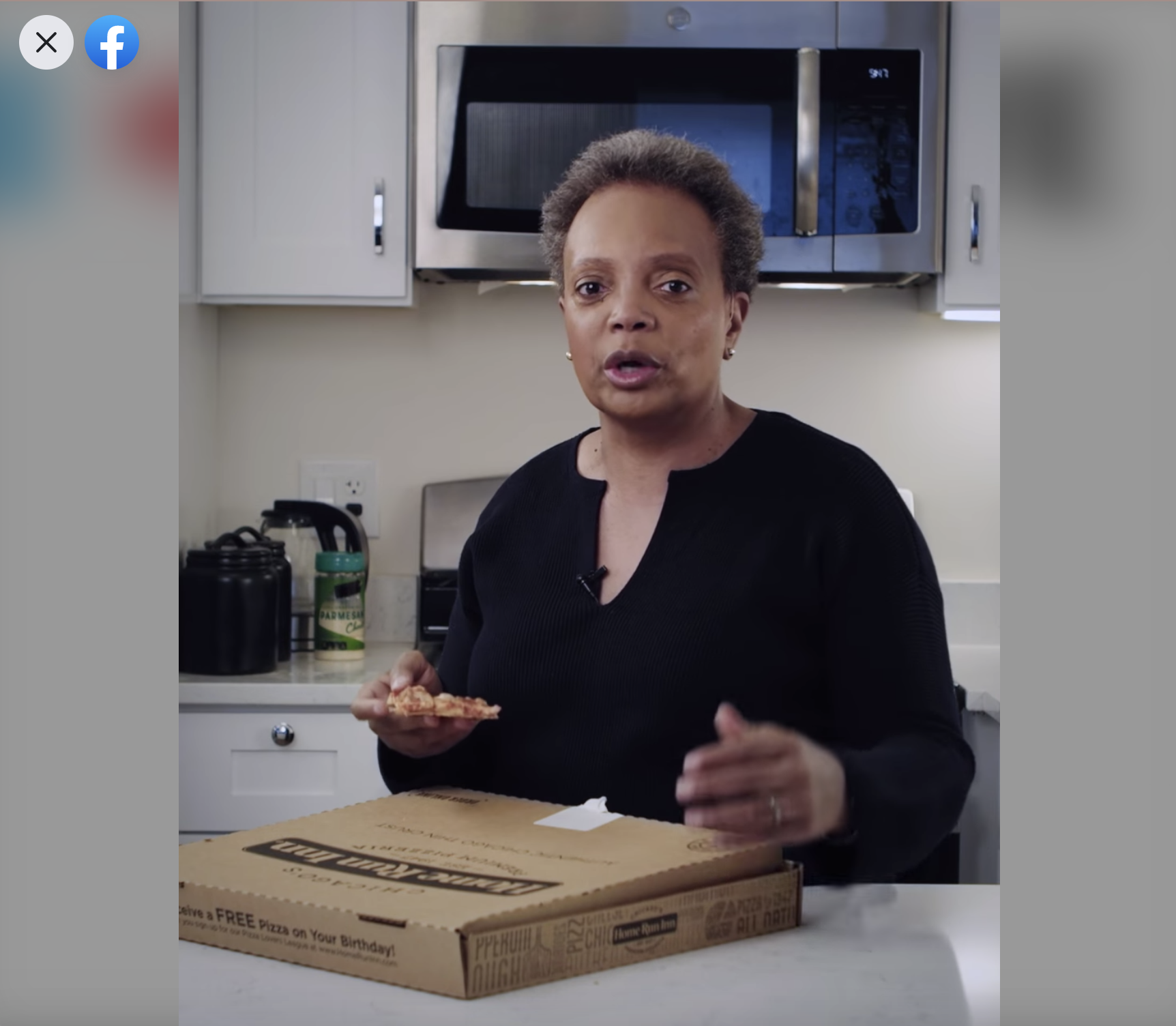 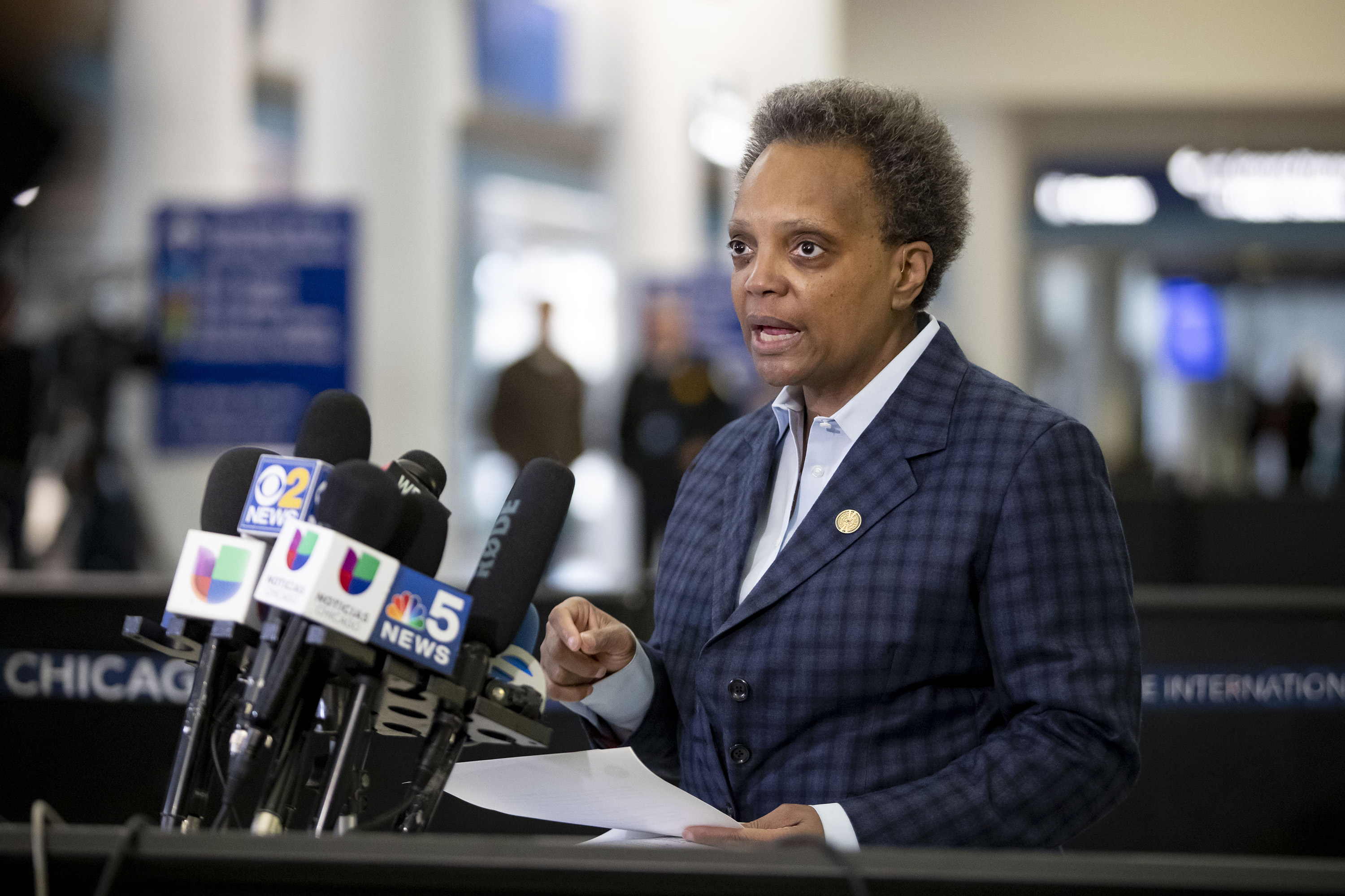 "We know that while we're a city of neighborhoods, each of them is unique in its own ways and they have their strengths and they have their challenges," Lightfoot continued. "We've been learning even more about the nuances of neighborhoods, particularly when you're talking about black and brown neighborhoods, and what supports they need to be able to bring people in tho the healthcare system, educate them about the virus and bringing people help is what we've really been about."