There’s one major question that will appear on every ballot in Illinois this year that could impact your bank account: a vote to change the state’s income tax from a flat rate to a graduated tax.

Here's a look at some of the key things to consider when deciding how you want to vote on the proposal:

What is a graduated income tax?

A flat tax rate, the structure Illinois currently has, is one rate for all, regardless of how much money you make. A graduated income tax, also called a progressive tax, is a tax structure that levies increasingly higher tax rates on higher-earning individuals or businesses. Essentially, under this kind of system: the more you make, the more you pay.

What other states have a graduated income tax?

Thirty-two other states in the U.S. and Washington, D.C., all have some form of a progressive income tax, ranging from 0% on the lowest earners in South Carolina to as high as 13.3% on incomes over $1,000,000 in California. Illinois and its Midwestern neighbors Indiana and Michigan are three of eight states that impose a flat tax.

Illinois' current individual income tax rate is a flat 4.95% for everyone. It's a flat rate across the board because the Illinois Constitution dictates that any income tax imposed by the state be "at a non-graduated rate." Any amendment to Illinois' Constitution, including the removal of that requirement, requires ratification by voters in a general election. 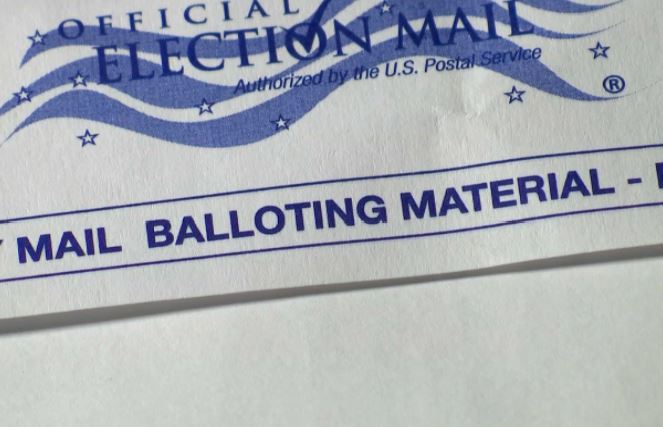 What has Illinois' income tax rate been in the past?

Rauner campaigned on proposals to limit the power of public employee unions, change the workers compensation system and more to bolster Illinois' economy, rather than increase taxes. That put him at odds with the Democrat-controlled legislature, and thus ensued a more than two-year state budget impasse - the longest in U.S. history - that devastated schools and social service agencies statewide and ballooned Illinois’ bill backlog to more than $14 billion, worsening the state's already tenuous financial situation. In 2017, the legislature, in a bipartisan vote, overrode Rauner's veto of a budget that included a tax increase, ending the impasse and bringing the rate back up to 4.95% where it remains today.

Who wants to change the tax rate and why?

Gov. J.B. Pritzker, who defeated Rauner in 2018, campaigned in part on a promise to implement a progressive income tax on the state's wealthiest individuals. As governor, he faces a budget deficit drastically worsened by the coronavirus pandemic, as businesses shut down for months and skyrocketing unemployment cratered state revenues, namely income and sales taxes.

Pritzker warned in April that Illinois’ budget shortfall could balloon to $7.4 billion over the next two fiscal years if the graduated income tax amendment does not pass.  Lt. Gov. Juliana Stratton issued another warning in September, saying that if it doesn't pass, lawmakers "will be forced to consider raising income taxes on all Illinois residents by at least 20%."

What's the process to change the tax structure?

In May 2019, the General Assembly passed and Pritzker signed two separate pieces of legislation to change to a graduated income tax: a Constitutional amendment to repeal the state's flat tax requirement, and a new law to set the rates. The second won’t take effect unless voters approve the amendment, which can be ratified one of two ways: if three-fifths (or 60%) of people voting on the amendment approve it, or if a simple majority (50% plus one) of all voters, including those who skip the question on their ballots, approve it.

What will the proposal look like on my ballot?

Here's how the question will appear on your ballot, with an option to choose “Yes” or “No”:

Proposed Amendment to the 1970 Illinois Constitution
Explanation of Amendment

What would Illinois' new income tax rates be?

If the amendment passes, that alone won’t change the rates – it will only allow for the graduated tax structure. The second piece of legislation on this issue signed in 2019 sets new rates that would take effect beginning the year after the amendment is ratified – so on Jan. 1, 2021, if voters approve it in November.

According to Senate Bill 687, the proposed rates would be as follows:

It's important to note: For anyone paying below that top rate of 7.99%, the lower rates will not apply to all of your income. It works more like a ladder than a blanket rate, so the majority of residents’ first $10,000 would be taxed at the lowest rate. You would then pay the corresponding rates for each bracket, unless and until you reach the $750,000 mark - or $1 million for joint filers.

Under this new structure, anyone making less than $250,000 a year would pay the current rate of 4.95%, with a slight decrease in the rates on their income up to $100,000. Pritzker says this means 97% of Illinois residents would pay the same or less in state income taxes.

Who supports the Illinois graduated income tax and who opposes it?

Democratic officials have largely expressed support for the change to what Pritzker’s dubbed a “fair tax,” while the generally tax-averse Republicans in Springfield all voted in lockstep against the measure, warning that the state needs structural changes like pension reform before looking to increase revenue. Interest groups on both sides of the issue have launched aggressive campaigns both in favor and against the progressive tax structure.

The Vote Yes for Fairness political committee is advocating for the amendment’s passage, funded almost exclusively by Pritzker, who contributed a whopping $56.5 million to the effort.

Pritzker himself is the richest elected official in the country, with Forbes estimating the Hyatt Hotel heir's net worth at about $3.4 billion. Portions of annual tax returns he’s made public show he’s reported millions of dollars in income each year – meaning he would be among those paying more under the progressive tax structure he’s backing.

The Coalition to Stop the Proposed Tax Hike Amendment committee is pushing for the measure to fail and is funded in large part by another billionaire: Ken Griffin, the founder of hedge fund Citadel who is Illinois’ richest man, with Forbes estimating his net worth to be about $15 billion. A big-time Republican donor who previously gave Rauner’s campaigns more than $36 million, Griffin put $20 million into the effort to stop the graduated tax.

Those opposing the amendment say it would drive businesses and residents from the state and potentially stifle the economic recovery from the pandemic. Some also argue that it does not have any requirements on how the legislature is allowed spend the additional revenue and could pave the way for lawmakers to raise taxes again in the future – though the General Assembly has always held this authority, just previously confined to a flat rate.