One of the primary races in Illinois that has gotten the most attention this election cycle is also the most crowded: the Democratic race to replace outgoing 1st District Rep. Bobby Rush.

An Army veteran, ordained minister, civil rights activist and former Chicago alderman, Rush announced earlier this year that he would not run for reelection.

He’s the longest-serving member of the House in Illinois Congressional delegation, representing the district, which includes parts of Chicago's South Side and the southwest suburbs, since 1993.

Rush has handily defeated more than a dozen Democratic primary challengers throughout his time in office, most notably beating then-state Sen. Barack Obama in 2000 by a 2-to-1 margin.

Thus, news of his retirement has created a rare opening that 17 Democrats and four Republicans are vying to fill.

State Sen. Jacqueline “Jacqui” Collins: Collins is a state senator who has represented the 16th District since 2003 and serves as Assistant Majority Leader in the Senate.

Ald. Pat Dowell: Dowell is a member of Chicago City Council, first elected to represent the 3rd Ward in 2007 with prior experience as a city planner under three mayors. She had previously launched a bid for secretary of state last year before switching her aim after Rush announced his retirement.

Cassandra Goodrum: Goodrum is a private attorney and criminal justice professor at Chicago State University who has previously worked as a Cook County prosecutor.

Jonathan Jackson: Jackson is the son of civil rights leader Rev. Jesse Jackson who has worked alongside his father in social justice, in the financial sector, in real estate development and has taught business at Chicago State University and City Colleges of Chicago. 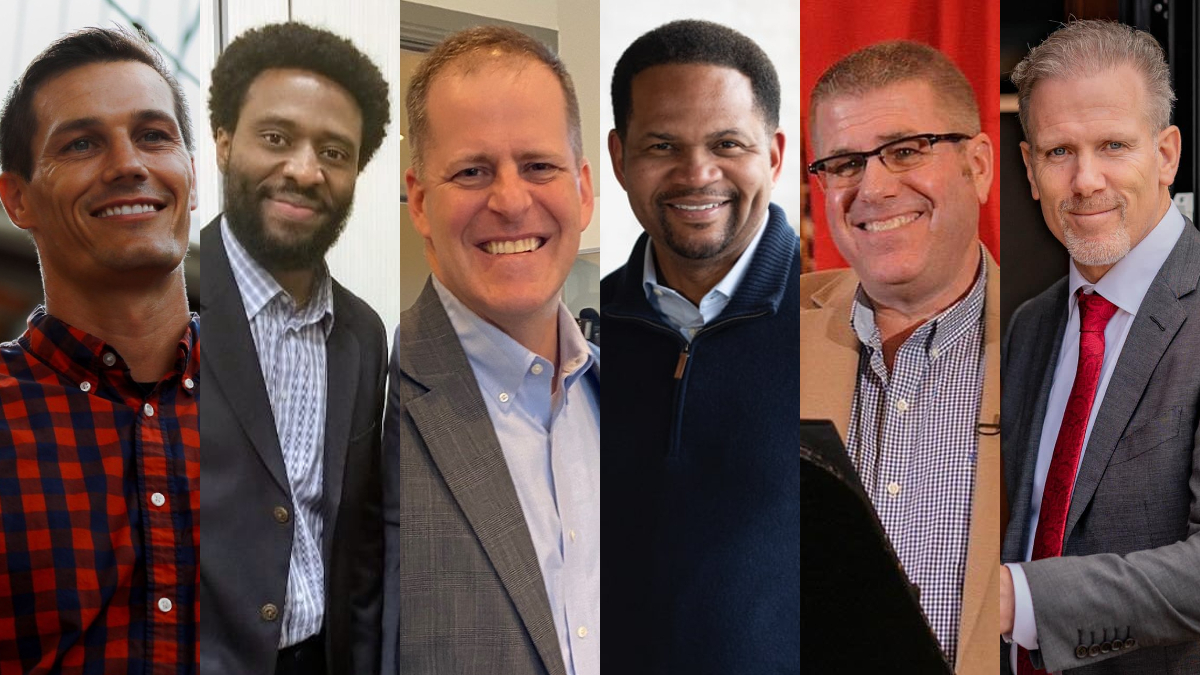 Illinois Primary 2022 Early Voting: These Are All the Locations and Hours in 11 Chicago-Area Counties

Jahmal Cole: Cole is a community activist who founded and runs the organization My Block My Hood My City, which serves Chicago through youth outreach, volunteer efforts, block club trainings and more.

Karin Norington-Reaves: Norington-Reaves served as the CEO of the Chicago Cook Workforce Partnership and previously worked as an attorney, a professor at Loyola University and in various roles in city and state government. Rush has endorsed her bid for his seat.

Chris Butler: Butler is a pastor and community organizer who leads Chicago Embassy Church Network and is unique among the field of Democrats in his opposition to abortion.

Marcus Lewis: Lewis is an ordained minister and former postal worker who has previously run for Congress multiple times.

Terre Layng Rosner: Layng Rosner is a professor of communication at the University of St. Francis.

Kirby Birgans: Birgans is a community activist and science teacher at a Chicago charter school.

Steven DeJoie: DeJoie is a banking professional and entrepreneur.

Ameena Matthews: Matthews is an anti-violence activist who previously unsuccessfully challenged Rush in the 2020 Democratic primary.

Charise Williams: Williams most recently served as the chief of staff/deputy director of the Illinois Criminal Justice Authority and previously ran for Cook County commissioner in 2018.

Jonathan Swain: Swain is the president and CEO of LINK Unlimited Scholars which provides academic support to Black students through a four-year fellowship program. He also runs his family’s Kimbark Beverage Shoppe and previously worked for the city in several capacities: as a Chicago Board of Elections commissioner and as chair of the Zoning Board of appeals, among other roles.

Nykea Pippion McGriff: Pippion McGriff is a realtor who previously served as the first Black woman president of the Chicago Association of REALTORS who says the shooting death of her son Xavier in 2017 spurred her decision to run.

While the district has long been a Democratic stronghold, there are four candidates in the Republican primary: Army veteran Eric Carlson, GOP operative Philanise White (who ran against Rush in 2020), percussionist Geno Young and Jeffery Regnier, who owns a gun store and construction company.