A high-ranking Chicago Public Schools official has been charged with lying to the FBI about whether he passed secret information to someone working to help a company land a $1 billion custodial contract with the district, court records show.

Pedro Soto was charged with one felony count of lying to the FBI, according to a document filed Tuesday in the U.S. District Court for the Northern District of Illinois.

Soto most recently worked as CPS CEO Dr. Janice Jackson's chief of staff up until his resignation on Friday, Jackson said in a letter to CPS employees on the charge. 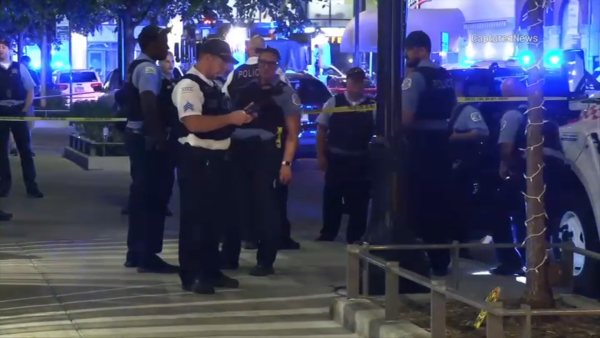 Prosecutors say that in 2016, CPS solicited proposals from companies to enter into a contract to provide schools in the district with "custodial services, engineering operations, and other trade services."

The value of that contract was projected to be around $1 billion in payments to the company chosen, based on the size, length of time and possible extensions, prosecutors say.

At the time, Soto was a member of a committee tasked with reviewing companies' proposals and making a recommendation to the Chicago Board of Education on which should win the contract, prosecutors allege.

Authorities say that the FBI opened an investigation into Soto and two other individuals - one a registered lobbyist retained by an unnamed company that submitted a proposal for the custodial contract and the other working with the lobbyist to help the company obtain the contract - for potential criminal activity sometime around or before December 2019.

That's when prosecutors say Soto, according to the court document, knowingly lied to investigators when asked about the custodial services contract.

Prosecutors say that when he was asked about whether he had ever communicated with the second individual assisting the lobbyist via phone about what was happening inside CPS on the contract, Soto replied, "He would want to get information but I don't think I gave him anything."

Soto also told investigators he would "just listen" to that person, identified only as "Individual B," when he would "dig" for information, prosecutors say - adding that when asked if he gave that person information on what was happening inside CPS on the contract bidding, Soto replied "I don't think that I have, no. I would-I don't think so."

Jackson told staff that she was informed of the allegations against Soto on Friday and "immediately accepted his resignation from the district," as well as reported the issue to CPS' inspector general.

Jackson said the district shut off Soto's access to its information systems that same day and opened an internal review to "help determine if Mr. Soto’s alleged conduct had influenced any CPS actions."

"While our understanding of this issue is developing, our preliminary review indicates that Mr. Soto’s actions did not influence the award of any contract or services and the lobbyist Mr. Soto provided non-public information to has not represented any current or former CPS vendors," Jackson's letter reads.

"Even though there is no suggestion that Mr. Soto’s actions influenced the contract award in question, this is a deeply disappointing matter that I take incredibly seriously," Jackson continued. "Mr. Soto’s alleged conduct represents a stunning betrayal of trust and an immense failure of judgement and character. There is no place in our school district for anyone who would engage in these activities, and we are moving forward without him."