Authorities are investigating a pair of violent robberies that police believe may have been committed by the same offender on Chicago’s North Side. 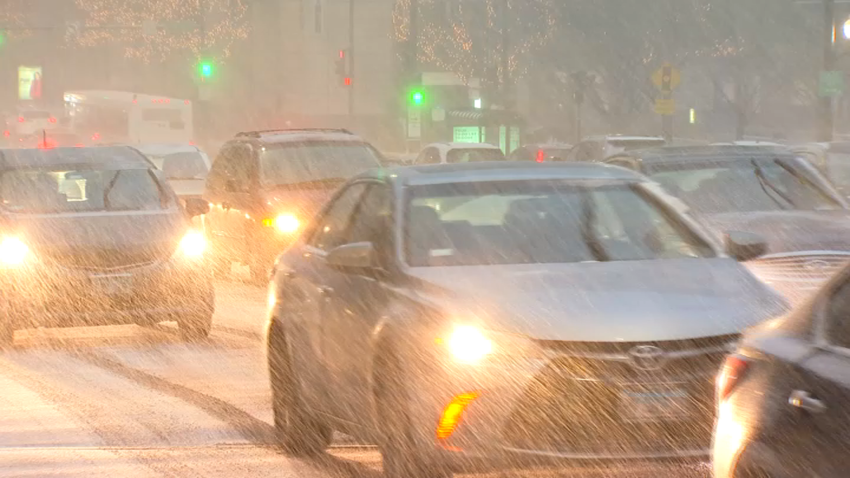 He then demanded her belongings and forced her into the trunk of her blue 2012 Mazda, where he sexually assaulted her, officials said.

Police said the suspect then took off on an hour-and-a-half joyride that spanned more than 20 miles, all while the woman was locked inside the trunk of the vehicle. He made several stops attempting to withdraw money from ATMs, according to police, before crashing the vehicle into a tree in the 11500 block of S. Throop St. on the city’s Far South Side.

Authorities said that is when the woman said she used the emergency trunk release to free herself, fleeing the scene. [[415893043, C]]

Chicago police are still searching for the offender, who they believe may also be responsible for a similar attack just 10 days before in the city’s Lake View neighborhood.

The man then demanded the victim give him all her money, authorities said. She complied, at which point he then forced her into her vehicle and sexually assaulted her before fleeing on foot.

“We do know that this person left a gun in the car, and the detectives are looking at that evidence for any fingerprints to help catch this person,” 46th Ward Alderman James Cappleman said of Thursday’s incident. [[415151943, C]]

“It’s horrific and the police commander himself said he’s not seen this before,” Cappleman added. “But we take this very seriously and we want to catch this person.”

Police have increased patrols in the area in the wake of the assaults and are warning area residents to be alert and aware of their surroundings.

No one is in custody in connection with either incident, and anyone with information is asked to contact detectives at (312) 744-8261.