Chicago Officials Warn Phase 3 Restrictions Could Return: Here's What That Would Mean For You

In a press conference to "sound the alarm," Chicago's top doctor said the city won't wait until the state-mandated 8% positivity threshold to increase restrictions

Chicago's mayor warned Monday that some phase three restrictions could be brought back as the city enters what she said was a "second surge" of coronavirus.

In a press conference to "sound the alarm," Chicago's top doctor said the city won't wait until the state-mandated 8% positivity threshold to increase restrictions.

Both Lightfoot and Chicago Department of Public Health Commissioner Dr. Allison Arwady declined to specify which restrictions would be among those brought back.

"We will be looking to, you know, make decisions about what needs to happen in the publicly regulated spaces, but the most important thing is people's behavior in their own homes and with those they love," Arwady said. 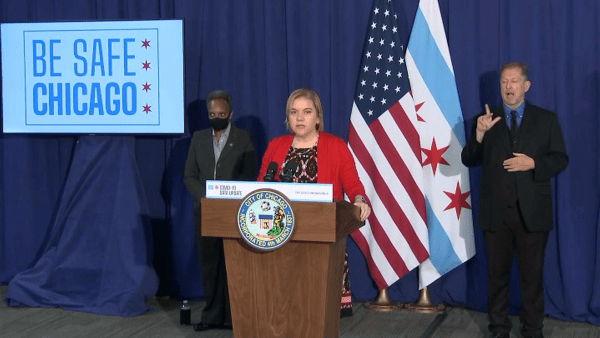 ‘Do Not Invite Anyone Over' to Your Home, Chicago's Top Doctor Urges 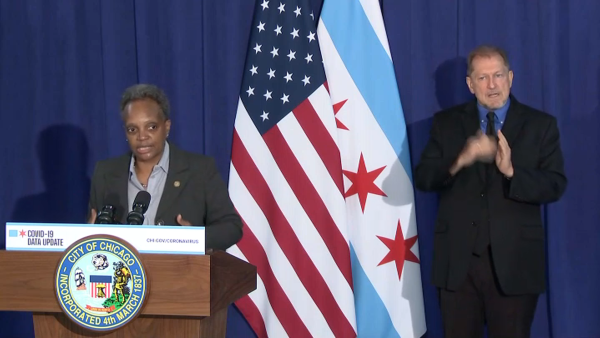 ‘Make No Mistake – We Are in the 2nd Surge,' Chicago's Mayor Warns as Coronavirus Cases Rise

One of the most notable differences between phase three and phase four, which Chicago has been in since late June, is limitations for restaurants and bars. When the city entered phase three on June 3, those establishments could only operate for outdoor service, a concern as many restaurants close across the city and others fear what will happen as colder weather moves in. 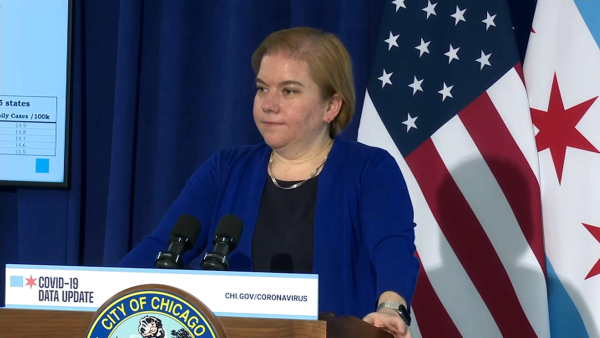 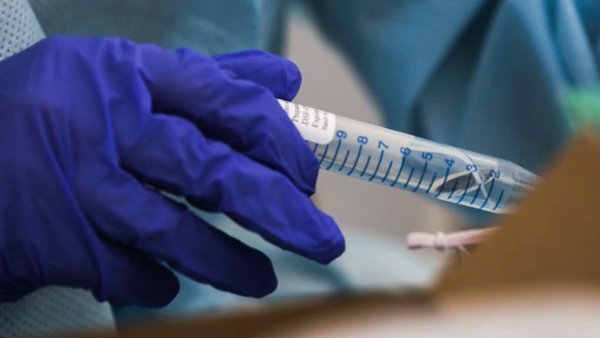 On Monday, Chicago was listed in a yellow cautionary phase, which means the city must "pause and monitor." If the city reaches a red warning phase, that could signal the start of rollbacks.

"Right now, we are actually still in the phase where we are in yellow - pause and monitor - because this increase has been so fast," Arwady said. "Technically, we're still at not quite 14 days of seeing this increase. Because of the way we count, there can be slight delays in terms of when numbers come in. But with the way the numbers are looking later this week, we are absolutely going to be in red for cases with a sustained increase more than 14 days. We're seeing some increase in hospitalizations, not yet in deaths or emergency department visits. But regardless, this has me and it should have you very concerned."

For the city to reach a red warning, the following metrics would need to be met:

Monday's update comes just days after Arwady said in a news conference on Thursday that it was "not a good week for COVID" in Chicago - a claim she reiterated Monday.

“I’m deeply concerned about these trends and worried that we’ve got some COVID fatigue setting in where people are not following the public health guidance as they should," Arwady said. "This virus doesn’t care who you are, it’s just looking to spread, and if we give it the opportunity to do so it will. Most troubling is the fact that COVID-19 continues to have a disproportionate impact on Black and Latinx individuals, and those with under-lying medical conditions. But we’re seeing a rise in cases across the city and across all races and ethnicities, so we all need to re-dedicate ourselves to combatting this epidemic.”