Heavy police presence was seen at the facility around 9 a.m. in the 1110 block of South Homan

A 30-year member of the Chicago Police Department who recently was promoted to a deputy chief has died by suicide, the department said Tuesday.

Police said the incident happened around 9 a.m. at a facility in the 1110 block of South Homan. The officer was identified as Dion Boyd "a respected command member and 30-year member of the department," according to Supt. David Brown.

"We are shocked, saddened at the loss that is deeply felt by me and the many colleagues and friends with whom Deputy Dion Boyd worked and mentored throughout his career," Brown said moments after a procession appeared to escort Boyd's body from the scene to the Cook County Medical Examiner's office. "Many lives will be forever changed from this moment on. Deputy Boyd's presence will be greatly missed."

"We are truly at a loss of words by the death of Deputy Chief of Criminal Networks Dion Boyd, who passed away last night," Mayor Lori Lightfoot said in a tweet.

Boyd became deputy chief of criminal networks earlier this month, according to a CPD email two weeks ago announcing his promotion.

Among Boyd's accomplishments were his service as a commander/executive officer of Area 1 and commander of the 2nd District.

"He also served as a Lieutenant acting as the Commanding Officer in the Bureau of Patrol and as a Field Lieutenant in the 5th (Calumet) District," CPD wrote in his promotion announcement. "As a Sergeant, he served in the Bureau of Internal Affairs and in Area Central’s Special Victims Unit." 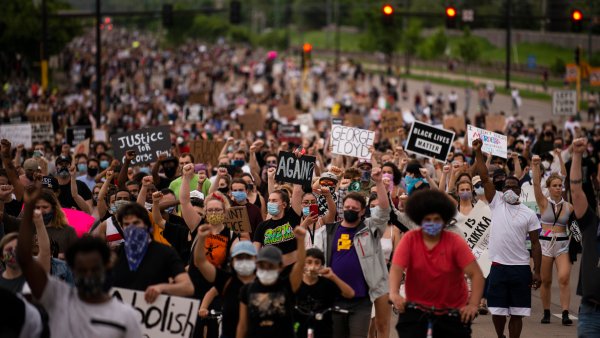 The incident marks the latest in a string of recent suicides for the department.

In February, an off-duty Chicago Police Department detective also died by suicide, city and police officials said. In 2019, at least four other Chicago police officers died by suicide. Chicago has one of the highest rates of officer suicide in the country, a spokesperson for the department said last fall.

The police department launched the “You Are Not Alone CPD” campaign in 2018 to help prevent such actions. The campaign included an increase in the number of counselors available to officers and the development of a peer-to-peer support group, officials said.

Anyone who is in crisis or believes they have nowhere to turn can call the National Suicide Prevention hotline at 1-800-273-8255.