A number of council members said the debate over the mandate is simply a political one.

With a 13-30 vote, the Chicago City Council on Friday rejected a proposed ordinance to repeal the city's employee vaccine mandate, the second such attempt by several council members.

A special meeting was called by approximately a dozen aldermen, including those who support the efforts of the Fraternal Order of Police, which has been embroiled in a showdown with city officials for weeks, refusing to comply with the mandate.

Last week, Ald. Silvana Tabares, of the 23rd Ward, introduced an ordinance to eliminate the mandate, but it didn't go far and was ultimately sent to a rules committee.

A number of council members have contended that the debate is simply a political one.

"I bet you most of them are vaccinated, but they wish not to comply, like little kids. I don’t want to do what my dad is telling me to do. That is uncalled for," said 26th Ward Ald. Roberto Maldonado. 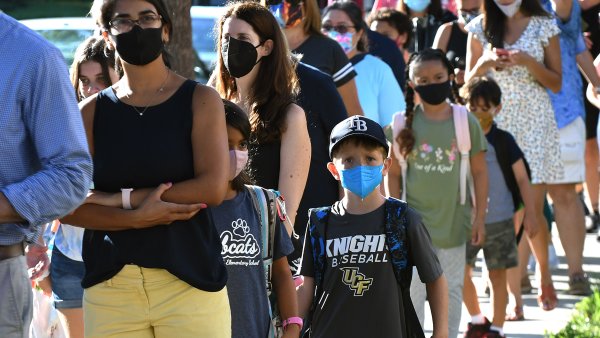 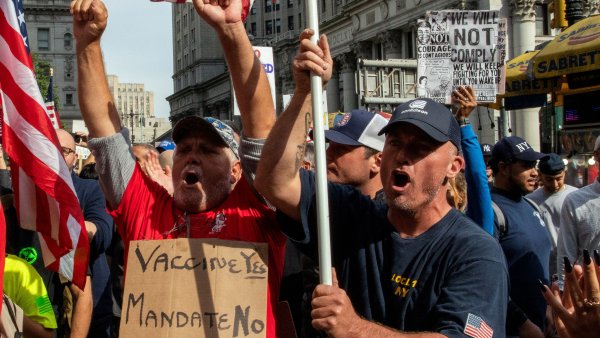 Some 5% of Unvaccinated Adults Quit Their Jobs Over Covid Vaccine Mandates, Survey Shows

The city implemented an Oct. 15 deadline for employees to submit their vaccination status online. Workers are permitted to undergo twice-weekly testing until the end of the year - when the option will be eliminated.

According to updated numbers provided by Mayor Lori Lightfoot's office Friday, 32 of of the city's 34 departments, including all but the Chicago Police and Fire Departments, have reached compliance of at least 92%.

Both the police and fire departments are "making steady progress" in reporting, according to the mayor's office. CFD is 87% compliant, up from 72% on Oct. 18.

As of Friday, 80% of CPD employees were compliant with the reporting requirement, a notable increase from Oct. 18, when the department's response rate was 64.42%.

"Part of the city’s role as an employer is to be able to make those decisions, so this isn’t removing anybody’s right or liberty," Ald. Andre Vasquez Jr. of the 40th Ward said. "There are consequences for those choices."

A total of 30 CPD members and 32 CFD employees have been placed on no-pay status for refusing to say whether or not they've been vaccinated, city officials said Friday.