Blackhawks Take on Bruins in Winter Classic at Notre Dame

The 11th edition of the NHL's annual New Year's Day showcase features its fourth matchup of Original Six franchises — two teams with plenty of experience when it comes to playing outside, and prominent connections to each other and host Notre Dame

The Winter Classic is going back to college — and it's bringing along two familiar foes.

Patrick Kane and the Chicago Blackhawks. Patrice Bergeron and the Boston Bruins.

Hockey at the home of Knute Rockne, Paul Hornung and, of course, Rudy.

The 11th edition of the NHL's annual New Year's Day showcase features its fourth matchup of Original Six franchises — two teams with plenty of experience when it comes to playing outside, and prominent connections to each other and host Notre Dame.

While many hockey fans are sick of the same group of teams playing in the NHL's outdoor series — especially the Blackhawks, who are winless in three previous appearances in the Winter Classic — it sounds as if it never gets old for Kane, Bergeron and company.

"Very special. It's always fun," said Bergeron, who split his first two appearances in the Winter Classic, winning at Fenway Park in 2010 and losing at Gillette Stadium three years ago. "You know obviously the history behind this stadium is huge and goes way back.

"You try to soak everything in, but at the same time we know what happened last time. You have a job to do and we have to make sure that we're ready for that. But that being said, also it's a great event. We're looking forward to it and now we're here." 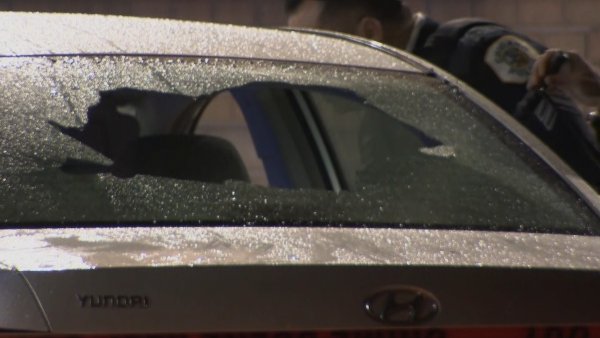 Uber Eats Driver Shot in the Head While Dropping Off Order in Back of the Yards, Officials Say

Just three days after Notre Dame lost in the College Football Playoff, the longtime home of the Fighting Irish hosts the NHL's sixth regular-season game in Indiana. It becomes the second college to host the Winter Classic, joining the University of Michigan in 2014.

The 30-year-old Kane, who has seven goals and six assists during a seven-game point streak, said Notre Dame is popular in the Irish section of Buffalo where he grew up. He said he wasn't a fan of the school when he was a kid, but he has been coming to campus for training camp and football games over the years and understands the significance of his surroundings.

"Yeah, I mean Notre Dame, it's so much history," Kane said. "For us, you just kind of think of having training camp here. Then like for me, you watch that movie 'Rudy' growing up all the time. Some unbelievable scenes in that. So pretty amazing that you're just going to be playing hockey out there and you're going to actually be performing out there."

Blackhawks general manager Stan Bowman is a Notre Dame alum. He said he visits campus multiple times every year, but this was different.

"I never thought I'd see a hockey rink in the middle of Notre Dame Stadium," he said.

The forecast is more encouraging for Tuesday, but the rain means warmups will be the first time each team gets to test the makeshift surface and get used to the unusual setting.

"I think it's a challenge that both teams will face," Boston forward Jake DeBrusk said. "Just one of those things that you kind of got to go out there and try to get a feel for the ice and conditions. I guess that comes with the Winter Classic and everything that's about it."

The Bruins will be without David Backes after the veteran forward was suspended for three games for an illegal hit to the head of Devils forward Blake Coleman. Defenseman Charlie McAvoy also has been ruled out with a lower-body injury, but forward Brad Marchand is set to return after missing Saturday's 3-2 overtime win at Buffalo with an upper-body injury.

Coach Bruce Cassidy is going with Tuukka Rask in goal over Jaroslav Halak, who has played well in his first season with Boston. Rask made 26 saves in the victory over the Sabres.

"We're trying to get him some consecutive starts to get him feeling good about his game on a regular basis," said Cassidy, a former assistant coach with Chicago who was drafted by the Blackhawks and played each of his 36 NHL games for the franchise. "I think it's been not as consistent as I think we all agree as we'd like, so this is an opportunity for him to take another step."

Cam Ward starts in goal for Chicago despite the stellar recent play from Collin Delia. The 34-year-old Ward is making his first appearance in the Winter Classic after spending his first 13 NHL seasons with Carolina.

"I've been around a long time. ... I know this is going to be my first and only attempt at doing it," Ward said. "So I think you don't want to take it for granted. You want to soak it all in."