Jay Cutler Reportedly Looking Into New Career Off the Field

Former Chicago Bears quarterback Jay Cutler has had an interesting offseason, but the saga of his post-Chicago career has reportedly taken another fascinating turn.

Former Chicago Bears quarterback Jay Cutler is having a difficult time finding a job on the gridiron, so apparently he’s exploring other avenues to stay involved in the game.

That avenue is one that many football players before him have travelled, as Cutler is reportedly looking to get into the TV game, according to NFL Network’s Mike Garafolo.

Cutler, who was released by the Bears before the start of free agency, has reportedly auditioned for TV jobs, according to Garafolo: 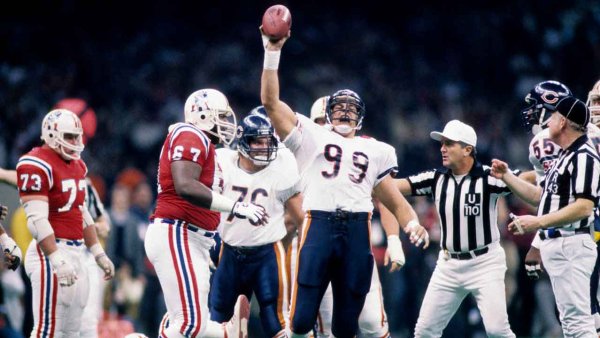 “Cutler and his representatives have spoken with network executives about football-related TV roles and sources said Cutler has auditioned with at least one network in recent weeks. It’s unclear how far along Cutler is in the process and whether he’s negotiating a contract, but his audition indicates he’s serious about broadcasting.”

One potential landing spot for Cutler's potential broadcasting career is Fox, where the network auditioned the quarterback to potentially replace John Lynch in the broadcast booth, according to ESPN's Adam Schefter.

Lynch, who left the network to become the G.M. of the San Francisco 49'ers, is the executive that made a massive trade with the Bears at the NFL Draft, allowing Chicago to take Mitchell Trubisky with the second overall pick.

Even while teams like the Houston Texans have ignored Cutler’s phone calls, the quarterback is still living the high life as he searches for his next landing place. He’s played in the snow, gotten caught in a candid moment while standing on his balcony on vacation, and moved his family back to his old stomping grounds in Nashville, and all the while he has insisted that he wants to continue playing professional football, according to his agent.

With NFL training camps set to begin at the end of July, Cutler still has some time to find a playing gig, but unfortunately for him a lot of the opportunities have dried up, including potential jobs with the Texans, New York Jets, and Cleveland Browns.