An insect that can pass along a fatal disease and is nicknamed for biting people around their mouths is making its way north and has been reported in several U.S. states, including Illinois.

The Centers for Disease Control and Prevention last week confirmed arrival of Triatoma sanguisuga, otherwise known as the "kissing bug," in Delaware.

The CDC says the bug has been making its way north from South and Central America. It has been reported in at least 29 states including Illinois, Indiana, Ohio, Maryland, Missouri, Virginia and Pennsylvania.

The bloodsucking bugs' bite is often painless, but it can spread Chagas as their infected feces flows through the open wound. The CDC says the disease can be deadly, but it usually causes symptoms that include severe redness, itching, swelling, welts and hives.

Should You Get a COVID Booster Shot Now or After Omicron Is Detected in Illinois? 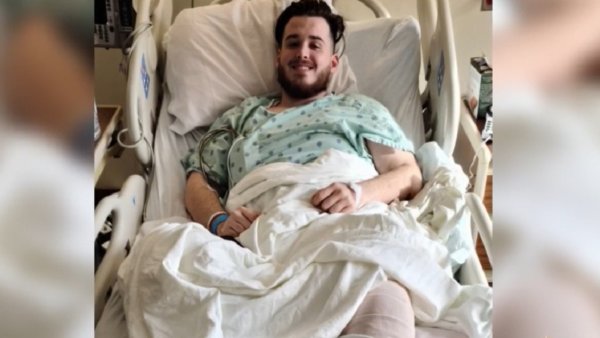 A Kent County, Delaware family reported their child's face was bitten by a bug last summer, and a subsequent investigation identified the culprit. The family said the child was bitten while she was watching television in her bedroom during the late evening hours.

"The girl who was bitten had no ill effects," the CDC report stated.

The insect usually has a band around the edge of the body that is striped with orange or red markings. It looks similar to the box elder bug that's commonly found. So far, 11 different species of the bugs have been found in southern U.S. states, the CDC reports.

Triatomine bugs were first reported in Georgia in 1855 and have been reported in other states across the southern United States ever since.

"There is no evidence to suggest that the bugs are increasing in number or spreading; rather, increased awareness about the bugs and about Chagas disease likely has resulted in an increase of bugs recognized as or thought to be triatomines," the CDC said in a statement.

Officials suggested placing outdoor lights away from homes, dog kennels and chicken coops and turning off lights that are not in use to prevent house infestations of the bug. Homeowners should also remove trash, wood and rock piles from around the home and clear out any bird and animal nests.

"Cracks and gaps around windows, air conditioners, walls, roofs, doors, and crawl spaces into the house should be inspected and sealed," the CDC said. "Chimney flues should be tightly closed when not in use and screens should be used on all doors and windows."