The Bears still have plenty of position battles that need to be sorted out before the opening kickoff against Green Bay on Sept. 13

When the Chicago Bears take the field Thursday night against the Cleveland Browns at Soldier Field, the focus will shift from the starters (if they even play) to the players fighting for positions on the 53-man roster as the final cut day looms.

The Bears still have plenty of position battles that need to be sorted out before the opening kickoff against Green Bay on Sept. 13, and with that in mind, we wanted to highlight some of the more interesting ones to keep an eye on Thursday night. 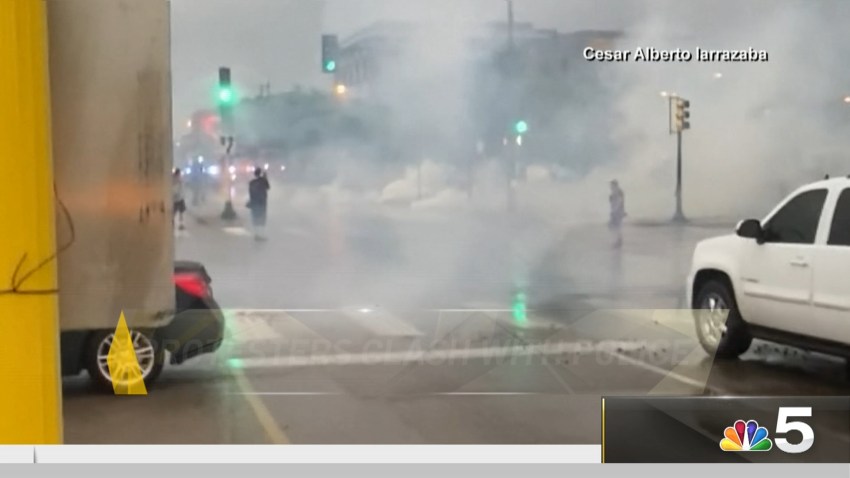 Jay Cutler is obviously going to be the starting quarterback in Week 1 of the season, and barring a huge setback in his concussion protocols, Jimmy Clausen will be the back-up. The real question at this point is not only whether or not the Bears will carry a third quarterback on the 53-man roster, but which player that is going to be.

For a while, the assumption was that David Fales would be the third quarterback on the chart, but with the addition of Zac Dysert to the mix for Thursday’s game, there is a chance that a competition has developed and will take place on the field Thursday. Both players are eligible for the Bears’ practice squad, so it will be interesting to see whether or not Fales actually loses his spot in the competition.

With Senorise Perry heading to the injured reserve list, the Bears now have to ask whether or not they’re willing to keep four running backs on the roster, and that means Ka’Deem Carey is in serious contention to make the team out of camp. The question will be answered not only by Carey’s play out of the back field, but also by his play on special teams, where Perry had clearly outshone him during much of the preseason.

While most of the starters will only see a limited amount of time Thursday night (if they play at all), the guys playing at right tackle could see extended looks as the coaching staff tries to figure out which player to start on opening day. That means Jordan Mills, who ascended back to the top spot on the team’s unofficial depth chart earlier this week, and Michael Ola are still battling it out for playing time, and their performances in this final game could be the determining factor.

With Jeremiah Ratliff suspended for the first three games of the season and Eddie Goldman still not cleared to practice after suffering a concussion in Saturday’s loss to the Bengals, the Bears will be looking for a player to step up in the middle of their defensive line, and several candidates will be considered.

The one guy to really keep an eye on is Will Sutton, who was an afterthought early in the preseason but has played his way back into contention for playing time on this team. He is currently listed as the back-up at defensive end behind Jarvis Jenkins, but it wouldn’t be surprising to see him get some big-time reps at nose tackle on Thursday night against the Browns.

This spot is one of the more unsettled ones on the roster after Ryan Mundy was placed on injured reserve last week, because outside of Antrel Rolle, there isn’t really a confirmed starter anywhere on the team. Adrian Amos is currently listed as the other starter on the depth chart, but one could easily see Brock Vereen slide into that role if he has a good game Thursday.

Sherrod Martin also has some fighting left to do for his roster spot, as Demontre Hurst is breathing down his neck for the back-up safety job behind Rolle. Thursday’s game will go a long way toward deciding both players’ fates on the roster.