It wasn't easy, but when Jonathan Toews potted a late third period goal to add a critical insurance tally, the Chicago Blackhawks drew first blood over the Los Angeles Kings in a 3-1 triumph in the opening game of the Western Conference Final.

Duncan Keith's second period tally proved to be the game-winner, and Brandon Saad also added a power play goal in the first period. Corey Crawford made 25 saves in the winning effort.

The Blackhawks got some great chances early in the game as they came out of the gate strong, but none of the shots could find the back of the net. Michal Rozsival pinched through the slot and fired a one-timer just wide of the net, and Patrick Sharp also picked up a shot that he fired high on Jonathan Quick. The Kings’ goaltender made the save and kept the game scoreless. 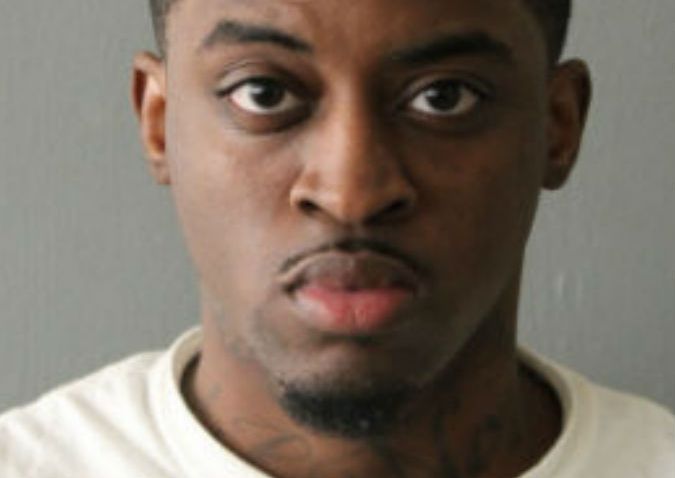 Through the middle stages of the period, the Kings responded well with a couple of chances of their own. Mike Richards blasted a one-timer shot on a 3-on-2 rush that Corey Crawford snared with a quality glove save, and despite a few more good chances created by sustained possession, the Kings couldn’t quite strike first.

After Brandon Bollig drew a penalty late in the first period, the Blackhawks finally got on the board. Brent Seabrook and Nick Leddy both made important plays to keep the puck in the zone, and when Leddy wired in a shot from the point, Brandon Saad was there to tip it into the net to give Chicago a 1-0 lead.

As the period wound down, the Kings did get a few more chances to score, but they still couldn’t convert as Chicago maintained their lead through 20 minutes. Richards got another good opportunity on the rush, but Leddy was there to make the critical backcheck to jar the puck loose and keep his team ahead.

When the two teams came back out for the second period, the tempo remained high. Crawford made two key stops on shots from Tyler Toffoli and Jeff Carter, and Quick was able to stop a shot from Patrick Kane from near the goal line at the other end.

With the intensity still raging, it appeared as though the Blackhawks took a 2-0 lead. Jonathan Toews collected the puck on the rush after a nice feed across the ice by a pinching Johnny Oduya, but despite the fact that the puck did end up in the back of the net, it was eventually overturned after the officials conferred and decided that Toews had made incidental contact with Quick in the crease.

With the wind out of their sails a bit, the Blackhawks let up a bit, and the Kings took full advantage as they tied the game about a minute later. On a quick odd-man rush, Tanner Pearson fed the puck across the zone to a wide open Toffoli, who chipped a one-timer past Corey Crawford and into the net to make it a 1-1 game.

After that goal, the Kings continued to press, and they came within inches of taking the lead on several occasions. On another 2-on-1 rush, Anze Kopitar found Marian Gaborik streaking up the ice, but Crawford was able to make the initial stop, and he also covered up the post to prevent Dustin Brown from getting a rebound attempt.

The Blackhawks finally settled down a bit as Crawford made those saves, and eventually they took the lead. After Jeff Schultz turned the puck over in the neutral zone, Marcus Kruger pushed the puck into the offensive zone for Saad. The Hawks’ winger turned back toward the point to buy some time, and he feathered a pass across the zone to Duncan Keith at the point. The Hawks’ defenseman blasted a shot that deflected off of both Trevor Lewis and Jarret Stoll, and Quick couldn’t stop it as it went into the top of the net and gave Chicago a 2-1 lead.

The Kings got a late power play with about a minute remaining in the second period, but despite the carry-over into the third period, they weren’t able to score. They did come close when Justin Williams got the puck in front of the net, but Michal Rozsival made an excellent poke check to push the puck away and keep his team in front.

The Kings kept pushing the tempo in the third period even after the missed power play opportunity, and they eventually got a power play. Toffoli had a breakaway attempt ring off the post after he beat a sprawled out Crawford, but Rozsival was tagged with the infraction after getting tangled up with Richards.

Despite the power play opportunity, the Kings weren't able to convert, and the Blackhawks began to switch on the afterburners. Bickell and Kane both had chances early on after the kill ended, but Quick made a couple of key stops. The Blackhawks did get another power play chance thanks to an ill-advised penalty by Williams, but they couldn't convert as the Kings' defense finally got settled back down.

The Blackhawks returned the favor on defense as the period went on. First it was Hossa delivering a big hit on Brown behind the Chicago net, which elicited loud cheers from the United Center crowd. A few minutes later, Saad made a tremendous play as he stole the puck right off of Toffoli's stick as the youngster drove into the offensive zone. The Hawks got a decent chance of their own a bit later in the period, but Hossa's shot from the slot on Quick was gloved down by the Kings' goaltender to keep the Chicago lead at one.

On a delayed penalty to the Kings, the Blackhawks scored a critical insurance goal. Oduya sat in the middle of the ice as the Hawks made their way down on a 3-on-1 rush, and when he fed the puck to Toews, the captain didn't miss as he scored the goal without need of further review, and Chicago grabbed a 3-1 lead with just under four minutes remaining in the game.

The Blackhawks will look to grab a 2-0 series lead over the Kings for the second year in a row when they battle Los Angeles in Game 2 on Wednesday night. The contest starts at 7pm Central time, and it can be seen on NBCSN.