The Chicago Bears needed a win on Thursday night to maintain their slim playoff hopes, but it wasn’t in the cards as Tony Romo threw three touchdowns and DeMarco Murray rushed for 179 yards in a 41-28 loss at Soldier Field.

The Cowboys won the opening coin toss and elected to receive the kickoff, and they got off to a nice start on offense as Tony Romo found Dez Bryant for back-to-back first downs. The Bears’ defense finally stiffened up as they crossed midfield, and Willie Young’s third down sack ended the Dallas drive and forced the Cowboys to punt.

Jay Cutler got the Bears’ first drive off to a good start by finding Brandon Marshall for a first down, and then Brandon Carr’s pass interference penalty against Alshon Jeffery led to another first down. The drive sputtered out when Martellus Bennett slipped on a screen pass, and Pat O’Donnell was forced to punt the ball away.

The Cowboys and Bears both exchanged unsuccessful drives as the first quarter wore on, and after a partially blocked punt by O’Donnell, Romo and company seemed to get their feet back underneath them. DeMarco Murray picked up a couple of first downs on the drive, including one push up the middle to end the first quarter. 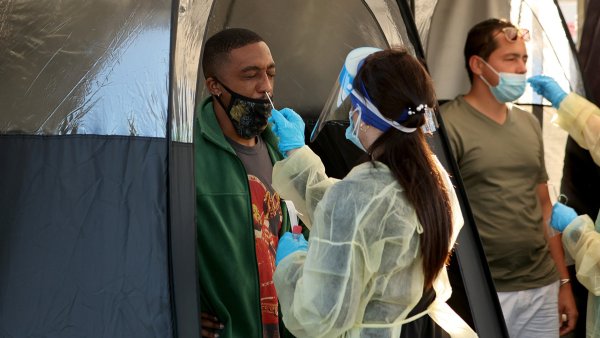 As the second quarter got underway, Murray continued his dominant ways, picking up a key fourth-down conversion to keep the Dallas drive alive. After Cole Beasley was stopped just short of the goal line on third down, Murray took a delayed hand-off from Romo and did the rest, diving across the line to give the Cowboys a 7-0 lead.

On the Bears’ next drive, Marshall picked up a huge 42-yard first down catch, beating out the pass coverage and snagging the ball with one hand. A few plays later, the Bears decided to go for it on 4th-and-7 deep in Dallas territory, and Marshall made another big catch to extend the drive. Unfortunately for Marshall, he also took a knee to the back from Dallas safety Barry Church, and he was forced to head to the locker room for treatment.

Two plays later though, the Bears made Dallas’ defense pay, and they tied up the contest. Dropping back, Cutler lobbed a beautiful pass over the middle of the field, and Bennett hauled in the easy touchdown catch to make it a 7-7 game with about six minutes remaining in the first half.

Murray once again took center stage for the Cowboys on their next drive, picking up a big first down with his sixth reception of the day. The running back was stopped on a great play by Shea McClellin on a second down play, but Romo found Jason Witten over the middle for an 18-yard gain and a first down. After Witten hauled in another first down reception with about 30 seconds remaining in the half, Romo found Cole Beasley near the goal line for the go-ahead touchdown to make it a 14-7 game.

The second half got off to an ominous start for the Bears, as Matt Forte caught a screen pass for a significant gain but fumbled the ball away. The Cowboys ended up making quick work of the Bears’ defense after that, with Beasley catching his second touchdown pass of the game as he dove for the pylon and put the Cowboys up by a 21-7 margin.

The Bears were forced to punt the ball away after overly conservative playcalling cost them some serious yardage, and the Cowboys once again took full advantage. Bryant got things started with a deep reception between Kyle Fuller and Chris Conte, and Gavin Escobar finished things off as he caught a pass in the back of the end zone to give Dallas a 21-point lead.

After another stalled out Bears’ possession, the Cowboys took over and used a mixture of screen passes and runs to gash the Bears. Murray had several good gains on the drive, but ultimately it was Joseph Randle who got to cash in as he rushed in from 18-yards out to put Dallas up 35-7.

The Bears got the ball back late in the third quarter, and they were finally able to put together a quality drive. As the fourth quarter got underway, Alshon Jeffery got open down the sidelines, and Cutler found him with a nice lofted pass for the touchdown. Jay Feely’s extra point was blocked, and the Bears still trailed 35-13 as a result.

The Cowboys picked up another field goal to extend their lead to 25 points, but the Bears’ offense refused to yield. Marquess Wilson made a big catch for a first down, and Cutler took advantage of great pass protection later in the drive to hit Jeffery for a fourth-down conversion. Bennett got the Bears down to the goal line with a leaping grab, and Forte dove across the line to help make it a 38-21 game.

Hundreds of protesters were blocking traffic in Chicago’s Loop as part of a protest against police brutality.

Feely came up big for the Bears on the onside kick, and Dante Rosario came down with the football to give the Bears some life. Forte caught a screen pass in the flat to give Chicago a first down, and Cutler did the rest as he took a huge hit and scored on a 10-yard quarterback keeper to make it 38-28 Dallas with about six minutes remaining in the game.

The Cowboys used Murray almost exclusively on their next drive, and their running back continued to rack up yards on the ground. The Bears did manage to stop the Dallas drive short of the end zone, but Bailey knocked through an easy 27-yard field goal to make it 41-28 with under four minutes left.

The Bears moved their way down the field on their next drive thanks to a couple of big catches by Bennett (including a fourth down conversion), but ultimately it was all for naught. Cutler slightly underthrew a pass intended for Josh Morgan, and Orlando Scandrick came down with it and gave Dallas the huge road victory.

The Bears will now have plenty of time to prepare for their next game as they get ready to face the New Orleans Saints on Monday Night Football to wrap up Week 15.