Eddie Jackson is back, but there is a new face in the Bears' safety group

As the Chicago Bears begin their training camp this week, we’re taking a look at the positional battles that are likely going to develop on the practice fields of Bourbonnais.

Today, we’re taking a look at the team’s secondary:

While the Bears are bringing back starters at most of the positions on the field in the coming season, they do have one new face, as Ha Ha Clinton-Dix will slide into the starting safety role opposite Eddie Jackson, replacing Adrian Amos after the former Bear signed a deal with the Green Bay Packers. 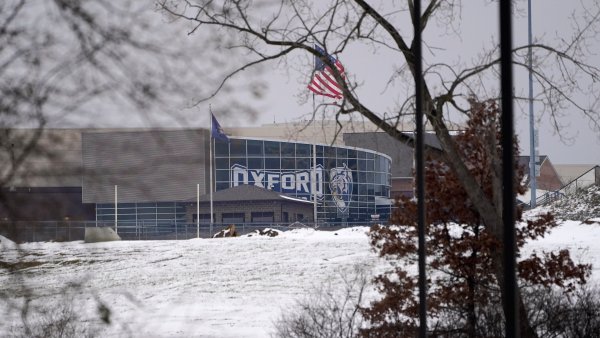 Clinton-Dix is dealing with an injury to start training camp, but the Bears are hoping that he can heal up soon enough to get back on the field sooner rather than later. He had three interceptions a season ago and registered 93 tackles in 16 games, and perhaps best of all for the Bedars, he continued his run of never missing a game in his NFL career.

Now, Clinton-Dix will form an all-Alabama Crimson Tide layer of the Bears' defense with Eddie Jackson, and the team is hopeful for big things out of the duo.

As for Jackson, all he did in his second season was pick off six passes, score two touchdowns, force a pair of fumbles, and score on a fumble return touchdown. Oh, and he was elected to the Pro Bowl and was named an All-Pro safety.

Needless to say, Jackson has the chance to become one of the very best safeties in the game, and the Bears have to be thanking their lucky stars that he fell to them in the fourth round of the 2017 NFL Draft.

At the cornerback position, the Bears will bring back Kyle Fuller and his seven interceptions, and Prince Amukamara, who had three interceptions and a touchdown of his own a season ago.

The team will have a new slot cornerback this season after the departure of Bryce Callahan, and his likely replacement will be Buster Skrine, a free agent signing after a strong career with the New York Jets.

At cornerback, the Bears will most likely keep three reserve players, and tops on that list are Sherrick McManis and Kevin Toliver. McManis, a long-time veteran of the Bears' defense, appeared in 15 games last season, with his second career interception and four defended passes.

He will likely fill into the slot role in the event of an injury to Skrine, but he can also kick outside if the Bears need him to.

Toliver appeared in 15 games last season, with two defended passes and 16 total tackles for the Bears. He'll primarily be used as a back-up outside cornerback, and is almost a virtual certainty to make the roster.

Another player to keep an eye on in the coming season is Duke Shelley, a 2019 draft pick out of Kansas State. Shelley had 32 tackles and three interceptions in his final collegiate season with the Wildcats, and he had 31 defended passes in four seasons in the run-and-gun Big 12.

In terms of their safeties, the Bears are pretty much set, with Deon Bush and DeAndre Houston-Carson filling those back-up roles. Bush could be a starter in a pinch, and could be useful if Clinton-Dix is slow to rev things up this summer in camp.

The Odd Men Out:

In all likelihood the Bears will go into the season with six cornerbacks and four safeties, but if they decide to expand that number by at least one, then Bears fans will need to keep an eye on Stephen Denmark, a seventh-round pick that wowed scouts with his raw athleticism after converting to the cornerback position in college.

Since he only has one year of experience under his belt at the position, it would make sense to stash Denmark on the practice squad, but if he plays well enough in training camp, the Bears could run the risk of having him signed by another team if they decide to cut him loose following camp.

For more of NBC Chicago's coverage of the Bears' position battles: