New Bears Chairman Opens Up About Team, Its Future

That's what George McCaskey says he's bringing to his new job overseeing the Chicago Bears.  And that, he says, is not any different than what older brother Michael did as Chairman.

Humility is different for George McCaskey,  though.

"Nothing is to be gained by being boastful," he said.

Being a McCaskey in Chicago and owners of the No. 1 team in the city is not easy, he concedes. But he understands. He understands because he worked hands-on, running the ticket office where he spoke to season ticket holders on a daily basis.

"The important thing for me is to keep the connection with the fans," he said during a one-on-one interview with NBC Chicago.  "Our season ticket holders are the bedrock of our support; financially, vocally, emotionally, viscerally.  We understand how the Bears embody what the city is all about."

McCaskey won't be in the locker room after games.  He'll leave that area to Lovie Smith.  Nor will you likely find him at press conferences on team matters.  That, he believes, is Ted Phillips' job.

"My family strongly believes you hire good people, then you stay out of the way let them do their jobs," he said.

And George McCaskey likes the job Ted Phillips is doing. 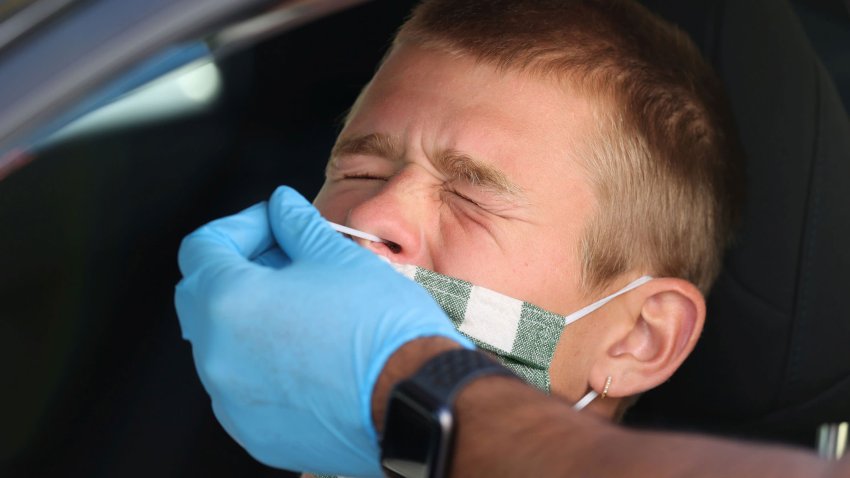 McCaskey even understands the job of the media intimately.  He was a former news producer at CBS and his wife, Barb, was a news reporter.

"When I was writing for the student newspaper at Arizona State, I wrote something that then-head football coach Frank Kush didn't like.  He told me about it.  I told my editor about it and [the editor] said, 'That means you're doing your job.  They're not supposed to like everything you write,'" he recalled.

Still, it's hard for old habits to die.  As the owner of a professional football franchise in the third-largest market, McCaskey tried to convince himself not to read the news, watch the news, or listen to the news.  He failed.  He is, afterall, still a fan.

He remains hopeful the lockout will be lifted and said the Bears will be ready when that happens.

Ted Phillips suggested the team not cut any pay for front office staff and others at Halas Hall unless games are lost.  The Bears say sponsors and season ticket holders are returning their loyalty.

"There is some nervousness, that's understandable, but we're working with them," he said.

And if any games are lost due to the work stoppage, McCaskey said Jerry Angelo's budget remains the same.

The McCaskeys are motivated to carry on the legacy of George Halas.

"That legacy includes winning championships and making the world a better place, and we take both of those responsibilities very seriously," he said.

Does he ever see the McCaskeys no longer being majority shareholders of the Chicago Bears?

The goal is to hang on to the team and pass it on to the fourth generation.  And that poses its own problem.  There are 11 McCaskey children now owning the Bears, but there are nearly two dozen grandchildren to groom.

"The numbers present a challenge just by themselves.  We'll be up for it.  The goal is to hold onto the team for the second coming," he said.

And win a second Super Bowl.