The NFL Draft hasn't even happened yet, but isn't it fun to predict the 2015 season?

The Chicago Bears released their schedule on Tuesday night, and because we enjoy pointless conjecture and off-the-cuff predictions as much as anyone, we thought it would be fun to go through the schedule and to pick out wins and losses on the docket for the Bears in the coming year.

The Packers are generally the Bears’ kryptonite, and that trend will likely continue. Aaron Rodgers is 11-3 in his career against the Bears, with 31 touchdowns and just eight interceptions. New defensive coordinator Vic Fangio will make it tough, but Rodgers will prevail.

Coronavirus by the Numbers 3 mins ago 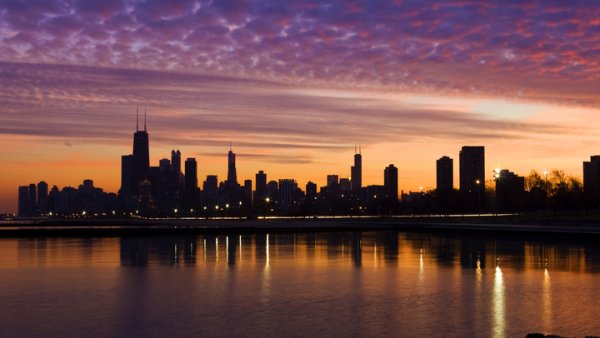 The Cardinals’ defense will be healthy and rested when these two teams battle, but we’ll give the Bears their first win of the season here. Arizona’s offense isn’t all that impressive, and the Bears should be able to score enough points to win narrowly.

The New England Patriots narrowly beat the Seahawks in the Super Bowl, but the Bears will not have similar success in this one. Seattle is simply too good, and the Bears’ secondary still doesn’t have an answer as to how to cover Jimmy Graham.

With Derek Carr under center and the potential to get a game-breaking talent with the fourth overall pick in next week’s NFL Draft, the Raiders will be an improved team, but the Bears are still improving faster.

Capitalizing on momentum from their previous week’s win, the Bears pick up their first road win of the season at Arrowhead Stadium. The Chiefs’ offense still needs some work, and the Bears’ defense should be able to contain Alex Smith and company.

Not wanting their fans to get too amped up about the season, the Bears drop a tough decision to the Lions. Detroit has a ton of skilled offensive players, and their receivers will take advantage of the Bears’ cornerbacks in this game.

Teddy Bridgewater has had an entire year under his belt as Vikings quarterback, but the Bears defend home turf and gut out a win here. This has all the makings of a tough game for the Bears if the Vikings still have Adrian Peterson on the roster, but we’re banking that they won’t, as the running back has made it clear he wants out of Minneapolis.

This pick changes if the Chargers no longer have quarterback Phillip Rivers at the controls, as some have suggested. Even though he’s getting up there in age, he can still fire the ball all over the field, and on home turf and in prime time, we’re picking Rivers to shine.

In the second battle between the Long brothers, Kyle comes out on top in this one. St. Louis is going to look like a different team this year with Nick Foles under center, but we’re betting that Kyle Fuller can keep Tavon Austin contained enough for the Bears to win.

The long-awaited game that will pit John Fox and Jay Cutler against their former team for the first time will go to the Broncos. Peyton Manning is still one of the best quarterbacks in the game, and motivated by last season’s failures, we feel that he’ll be romping through the regular season at this point.

It’s hard to win twice in a row against a divisional opponent, but with the primetime Thanksgiving spotlight on this game and with Brett Favre in the house for his jersey retirement, emotion will carry the Packers to a narrow win.

This is a tough call to make as Fangio goes against his former team, but we’re going with the Bears. San Francisco’s defense has taken some huge hits this season with a slew of retirements, and they’re going to have a long and tough rebuilding road ahead of them.

We have no idea who the quarterback will be in Washington when they roll through Chicago, but we’re going with the Bears anyway. This will be a team looking to get back above .500 and grab a shot at a wild card berth, and we’ll give them the win because of that motivation.

Everything comes crashing back down a bit as the Bears drop a tough divisional road game here. Cordarrelle Patterson is our pick to click in this game as he uses the artificial turf of Minnesota to full advantage as he burns the Bears left and right.

A warm weather game against a rookie quarterback and the Bears’ former head coach? Not a problem as we have the Bears clinching at least a .500 record with a win in Florida.

The Bears’ first season under Fox and Ryan Pace comes to an end with a loss to the Lions, clinching a 1-5 record against the NFC North and leaving Bears fans wondering what the next moves will be as the team continues to restructure.