A Wheeling mother was strangled to death before her body was found by police during a well-being check and her daughter discovered missing, an autopsy found Thursday.

Murphy's body was found inside her Wheeling apartment earlier this week, sparking a frantic search for her missing 1-year-old child, Jacklyn "Angel" Dobbs.

According to authorities, investigators uncovered video evidence that led them to a person and vehicle of interest in the case, but while both that person and the vehicle were located in Missouri, the child was nowhere to be found. 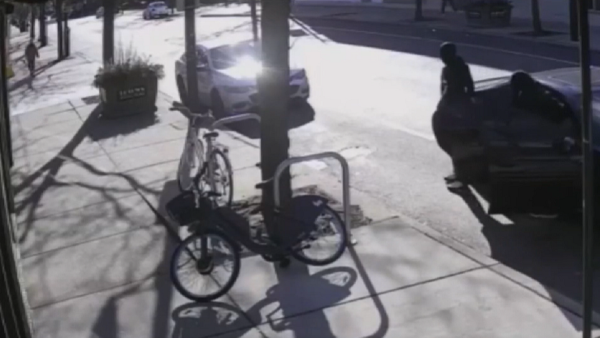 Police did not release that person's identity but said the person "had a previous relationship" with Murphy, though he is not the child's father, police said.

The person of interest was seen with Murphy the day before she was found dead, believed to be murdered, and they learned soon after that the person had left the state of Illinois, Wheeling police said.

Illinois State Police have since issued an endangered missing person advisory "based on suspicious circumstances" surrounding the disappearance Dobbs.

"This notification is designed for situations which do not fit the criteria for an AMBER alert but do involve a person who is missing and believed to be in danger," police said in a release.

The case began when family members filed a missing persons report for Murphy just before 10:30 p.m. Tuesday after the 21-year-old mother failed to report to work or contact them, authorities said.

Officers investigating that report went to Murphy's home, where she lived with her 1-year-old daughter, in the 300 block of Inland Drive in Wheeling. There, they were able to access a balcony of her apartment, where they found an unlocked door.

"An ensuing check for well-being revealed Ms. Murphy had apparently been murdered and Angel to be missing," Wheeling police said in a release.

Investigators from several area departments are now working to find the child, as well as her mother's killer, and have asked for the public's help.

"Since discovering the murder of Ms. Ja’nya Murphy, investigators have been reconstructing the last hours of Ms. Murphy’s life with a focus on locating her missing daughter... and to find the perpetrator(s) behind the crime," police said in a release.

State police said Jacklyn "may be in danger."

The child is described as a 1-year-old Black female, standing 2 feet tall and weighing 24 pounds. She has black hair and brown eyes.

Anyone with information on her disappearance is being asked to contact the Wheeling Police Department at (847) 459-2632 or call 911.

"We need the public's assistance in this," deputy chief Al Stephen said.

Further information on what happened wasn't immediately released by police.