Arwady Expects Chicago to Reach 400 Cases Per Day This Week, a Number She Has Long Warned About

Previously, Arwady had said an average of 400 cases per day would likely mean a rollback to phase three of the city's reopening plan

Chicago's top public health official says she expects the city to reach an average of 400 new coronavirus cases per day this week, a metric she has been warning about for weeks. 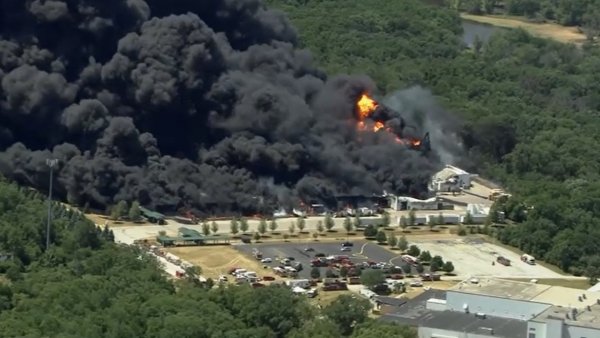 Previously, Arwady had said an average of 400 cases per day would likely mean a rollback to phase three of the city's reopening plan. But she said while the number is alarming, the situation not as drastic as when she made that claim in July.

"The news needs to be in the context of our testing rates," she said.

According to data, the city currently has a test positivity rate of 4.4%, well below the goal of under 5% and the second-best region in the state behind only Urbana-Champaign.

In addition, the city has reported record testing numbers with an average of 10,000 tests per day. One month earlier, that number was between 7,000 and 8,000.

"This is highlighting that, in part, the increase in cases that we are seeing is because of an increase in testing," Arwady said. "It is not the full story, but it is part of the story and I want people to understand that the reason we expect to see these cases continue to grow is partly reflected because of tests."

As of Tuesday, the city would need to test an average of 24 people to find one positive coronavirus test. Last month, that number was 20.

"We want that number to stay flat," she said. "Even better, we want it to be going up."

But testing isn't the only metric Arwady is watching.

"We continue to admit, on average, fewer than 15 new Chicago residents to the hospital every day with COVID-19," she said. "That's down from the more than 150 residents being admitted every day back at our peak in April and May. Similarly, we continue to see between two and three Chicago residents die from COVID every day. Now, that is still too many deaths and every one of those deaths has such ripple impacts in terms of families and neighborhoods that are impacted. That is, though, down from the approximately 50 deaths per day that we were seeing in Chicago."

In addition, the city's reproduction number, also known as the r-naught or RT, is currently just above one. The number is an indicator of how many people a single person with coronavirus, on average, spreads it to.

"If the RT is two, this means that every one person in Chciago with COVID spreads it to, on average, two other people. And that might not sound so bad - one person, spreading to two other people does not sound like a very infectious disease and in fact there are many diseases that are more infectious than that," Arwady said.

But if one person spreads the virus to two people and those two people spread it to two more "we very quickly see a big increase in cases in Chicago."

"If on average, one person in Chicago with COVID is spreading to an average of one other person, our outbreak actually stays flat," Arwady said.

Early on during the city's outbreak in March, the number was at 3.62. After weeks of stay-at-home orders and as the curve began flattening, the number dropped as low as .85.

"A reproductive number of just over one does not make me very happy, it does not make me extremely worried. But if we see this number going up, it means that our outbreak is out of control," Arwady said. "If it stays where it's been, really June to October, even if the numbers are going up, as long as the testing and the other number is part of what's driving that, we remain broadly in control. But all around us there is trouble. Wisconsin has a very poorly controlled outbreak, Indiana has a poorly controlled outbreak, Iowa, Missouri, and parts of downstate Illinois are not in as strong control as we are here in Chicago. And we are not in a strong control in Chicago this week as we were last week. So what I want you to hear is that now is the time to get even more serious. As we're moving indoors. As colder weather is coming. We know the things we need to do."