It was supposed to be a rally against Sharia law, but those demonstrators were quickly outnumbered by counter-protestors in Chicago on Saturday afternoon.

The rally, part of a nationwide series of demonstrations organized by the conservative group ACT for America, saw some heated back and forth exchanges, but was largely a peaceful affair as the two sides each held sides and chanted slogans during their respective rallies.

“I have a fundamental human right to oppose an ideology that defines me – a non-Muslim woman- as an inhuman slave,” anti-Sharia protestor Mary Magdalene Moser said.

Some of the protestors held signs about LGBTQ rights, while others in the crowd shouted homophobic slurs during the demonstration. 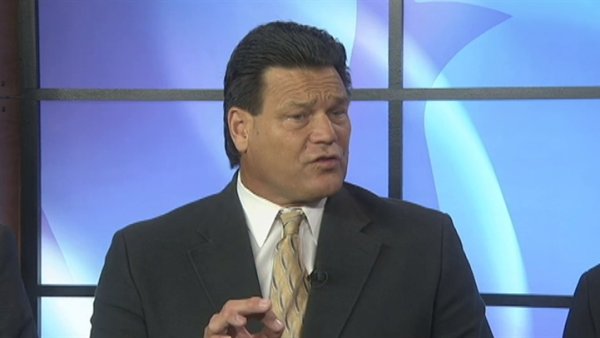 Meanwhile, counter-protests also took place near the rally, and their message was about quelling what they consider to be a wave of xenophobia.

“Our message is to the people of this country,” activist Lina Thorne said. “We need to stand up. We need to stop it and we need to drive out this regime that is fomenting this culture that is organizing it from the top levels.”

With expletives and loud chants flying, some Muslims, including a young woman in a headscarf, joined the counter-protest.

“For us to be persecuted here in America of all places – a safe-haven for the original occupiers of this country….it’s so not American,” she said. “The counter to the anti-Muslim march is huge. So, I know that there are so many amazing people that love everybody. There’s so much love here.”

Even with all the vitriol and the fact that police at one point formed a ring around the anti-Sharia demonstrators, the protests concluded peacefully.