The family of Adam Toledo said Monday that the 13-year-old boy who Chicago police fatally shot last week was "loved and supported," issuing a statement to "correct the hurtful and false mischaracterization" from an alderman who said the child "had nobody" in his life who could "claim him as their own, except a gang."

During a news conference alongside Mayor Lori Lightfoot and the city's top cop, 12th Ward Ald. George Cardenas on Monday alleged that Adam had "nobody that could help him," saying he had "heard rumors" and that the boy "should have been at his house sleeping" when an officer fatally shot him during a foot chase just after 2:30 a.m. on March 29 in the Little Village neighborhood.

One week after a 13-year-old boy was shot and killed during a confrontation with a Chicago police officer, family members and neighbors in the Little Village community gathered to honor his memory and voice outrage about what led to the teen’s death. NBC 5’s Natalie Martinez has the story.

Cardenas said he had been following commentary on social media about the case.

"Our community is torn. If you go on social media, on discussion blogs or on Facebook, people are talking about it endlessly," Cardenas said. "How is it possible that this 13-year-old is at an alley at 2:30 in the morning, instead of sleeping, preparing to go to be a school or to be in a learning state?"

"I can't imagine, there's no passing judgment on this family, this mom, but I can only imagine what she went through and what was everything that was in front of her," he said. "And maybe that she didn't have the tools and the resources. And maybe the school probably knew something about this young man, or the teachers or the counselor, somebody in the neighborhood knew something that this young man was going through but couldn't say anything. Because nowadays in the community, there are neighbors and brothers and sisters who are too quiet to say anything because we might offend somebody."

Attorneys representing Adam's family refuted Cardenas' claims in a statement Monday, not mentioning the alderman by name but saying that the depiction of the 13-year-old was "simply not true."

"We are concerned by presumptions, implications, and statements made today that are not supported by the facts made public so far regarding what transpired on March 29, 2021," the statement from attorneys with Weiss Ortiz P.C. said. "We are unable to refute or respond to these statements until we obtain the evidentiary facts, which so far are known only to the police."

Mayor Lori Lightfoot on Monday called for a review of the Chicago Police Department’s foot-chase policy, a week after a 13-year-old boy was killed by police during a foot chase in Little Village.

The lawyers noted they are working to "learn the truth" about what happened in the shooting and had not yet received evidence in the case or confirmation of a time to view the police body camera footage.

"We are not going to let the anguish and emotion of the moment interfere
with our objective to obtain the facts. We will address all public statements about the circumstances of Adam's death once we have the facts before us," the statement reads.

"We do, however, want to correct the hurtful and false mischaracterization of Adam as a lonely child of the street who had no one to turn to. This is simply not true," the statement said. "Adam was a loved and supported 13-year-old boy. He lived with his mother, his 90-year-old grandfather, and two of his siblings. His father was in his life. They all loved him very much. The Toledo family is a close-knit family. They look after each other. Adam attended Gary Elementary School where he had the support of his teachers and his classmates. Adam was not alone."

Cardenas' office did not respond to multiple requests for comment on the Toledo family's statement. 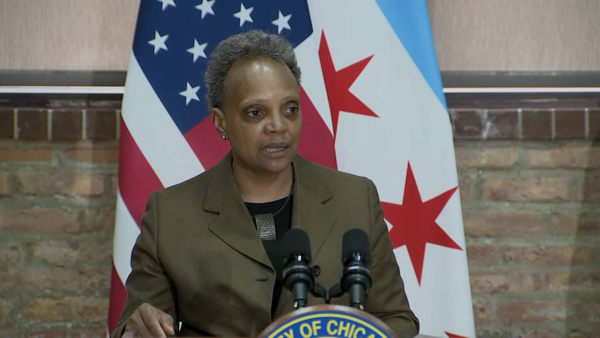 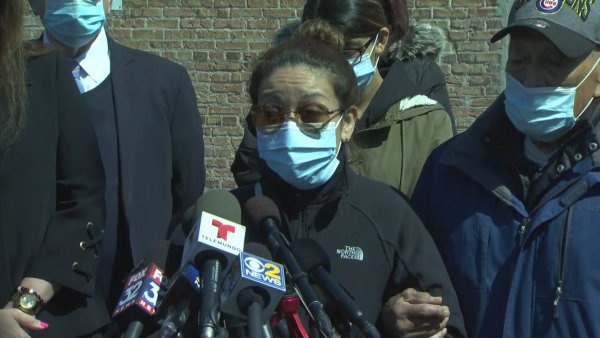 Chicago Police Supt. David Brown said at the same news conference Monday that officers responded to an alert of shots fired at 2:37 a.m. in the 2300 block of South Sawyer on March 29 and saw two males in a nearby alley. Both fled, according to police, who said officers chased them and one opened fire, shooting Adam in the chest. He was pronounced dead at the scene and a weapon was recovered, Brown said.

NBC 5 has not independently verified the reports of the incident from police and body camera footage has not yet been released.

The Civilian Office of Police Accountability is investigating the shooting. The police oversight agency initially said it would not publicly release body camera video because of state law governing cases involving a juvenile, but reversed course under public pressure on Friday and said it would release the "troubling footage."

Mayor Lori Lightfoot on Monday called for a review of the Chicago Police Department's policy on foot pursuits after an officer fatally shot a 13-year-old boy during a chase. NBC 5 Investigates' Phil Rogers has a look at how the department has approached pursuits.

Brown said Monday that Adam was not identified for two days because he had no identification on him and the 21-year-old man who was with him at the time gave a fake name. Brown said Adam was eventually identified after investigators searched missing persons cases in which a person who was reported missing had returned home, finding a report matching Adam's description that had been filed by the boy's mother on March 26 and closed the following day.

Citing a need to be impartial because COPA's recommendation on any potential disciplinary actions will be forwarded to him for review, Brown declined to say whether or not Adam was holding the gun recovered at the scene, even as Lightfoot repeatedly vowed to find the person responsible for "putting that gun in Adam's hands."

"Let's be clear: an adult put a gun in a child's hand. A young, impressionable, child, and one who should not have been provided with lethal force, a weapon that could and did irreparably change the course of his life," Lightfoot said. "This happens way too often in our city and it is way past time for us to say no more."

Lightfoot said she had not yet seen the video and did not offer evidence that Adam was armed. She said she had directed Brown and the department to "use every resource to track down the origins of this gun through tracing, fingerprinting and DNA, and any other means, and to find the person responsible for giving it to Adam."

"I just want to know what really happened to my baby," Toledo said. "They had a lot of options, but not kill him. They could have shot him in his legs, his arms, up in the air, I don't know, but not kill my baby."

Toledo said her son was loving, imaginative and curious, that he loved animals and riding his bike and wanted to become a police officer.

Toledo's attorney said Friday that she had received messages "that the community is judging her" and that she wanted people to know that she is a "full-time mom and homemaker" to five children.

A 13-year-old boy was shot and killed by police after what officials described as an “armed confrontation” in Little Village on Monday. NBC 5’s Vi Nguyen reports

Lightfoot said Monday that she had spoken briefly with Toledo and warned against a rush to judgment in the case.

"In the week since his child's passing, there have already been hundreds of opinions proffered as fact. Let me say a few words about all of that. First, let us not forget that a mother's child is dead. Siblings are without their brother and this community is again grieving. None of us, none of us have walked in Miss Toledo's shoes and none of us will," Lightfoot said.

"As a person of faith, I know that there is only one who can judge and it is none of us," Lightfoot said. "This is a complicated story. It's not my story to tell, particularly not as our understanding of the facts is evolving. What I do know, and what I will say is Miss Toledo and her family need our love and support in this moment, not our withering judgment."

Toledo's attorney said they have asked COPA for a meeting to review the body camera footage and are waiting for a response. COPA said Friday that it was working with Adam's family to schedule a viewing and that it would publicly release the materials no more than 60 days after the shooting.