One child threw a mattress from a third floor window and jumped to safety, officials said

Three children were seriously hurt in a house fire Wednesday in the Washington Park neighborhood on Chicago's South Side.

The blaze was reported just before midnight at a housing development in the 6100 block of South Wabash Avenue, according to Chicago fire officials.

One of the children, an 8-year-old girl, jumped from a third floor window onto a mattress placed below by a neighbor, fire officials said. Two boys, 4 and 2-years-old, were rescued from a window by a ladder. 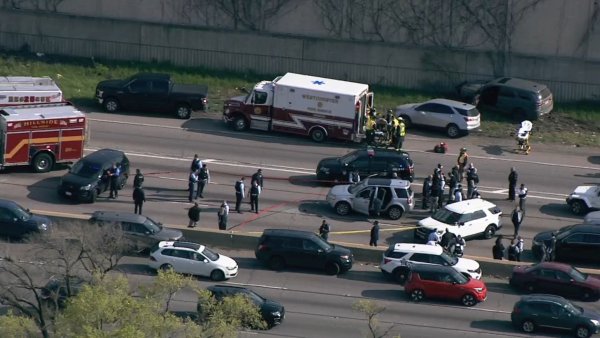 Each of the children were taken to Comer Children’s Hospital in serious condition, fire officials said. No adult was at the home at the time of the fire.

Fire personnel were able to contain the blaze to one unit, and it was put out, fire officials said.

The Department of Health Care and Family Services were not available for comment Thursday morning.