14-Year-Old Killed, Another Teen Injured in Drive-By Shooting in Kenwood

On Saturday night, 14-year-old Tyjuan Poindexter begged his mother to let him go outside to play basketball with some friends. His mother relented and told him to be careful, but he never made it back home.

Tyjuan and a 15-year-old friend were victims of a drive-by shooting in the Kenwood neighborhood. The teenagers were walking in the 4400 block of South Greenwood at about 7:30 p.m. when a car drove by and someone inside started shooting, according to police.

A bullet struck Tyjuan in the head, and he died at the scene, police said. The 15-year-old boy was struck twice in the leg and taken to the University of Chicago Comer Children's Hospital, where his condition stabilized.

Witnesses told police there was an altercation at nearby Kendicott Park before the shooting, but it is unclear if the altercation was related to the attack. 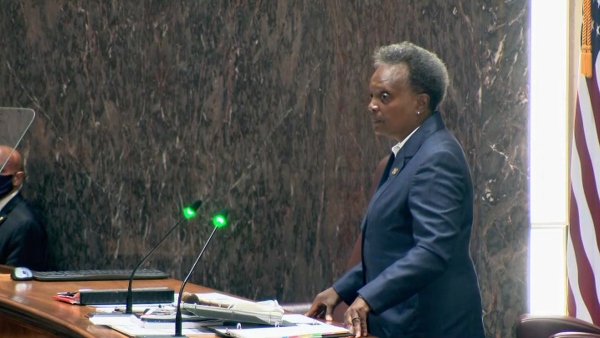 Tyjuan was a freshman at Wendell Phillips Academy who loved to wrestle, according to his family. His mother said she rarely let him go outside alone.

Kimberly Wells, the mother of the other victim, told NBC Chicago her son is an honor student with a 3.8 GPA. She said she plans to move her family out of Chicago after this shooting.

"The one thing I did not want was for him to be labeled a gangbanger," Wells said.

No arrests have been made in the shooting.