Mystery Hepatitis Outbreak in Kids: Which States Are Investigating Cases?

Minnesota, Wisconsin, South Dakota, North Dakota and Illinois are among the states that are investigating cases

A pediatric hepatitis outbreak with mysterious origins is continuing to grow, as more U.S. states investigate cases of kids developing the liver illness without a known cause. Worldwide, at least 228 such cases have been reported in 20 countries, according to the World Health Organization.

Hepatitis refers to an inflammation of the liver, which is usually caused by one of the hepatitis viruses — hepatitis A, B, C, D and E —but in these recent cases, these viruses were ruled out as the cause. In about 10% of reported cases so far, the children have needed liver transplants. WHO confirmed one death, and officials in Wisconsin are also investigating a death.

The first reported cases in the U.S. were in Alabama in October. The Centers for Disease Control and Prevention have issued an alert and a report on the cluster of nine cases. All of the children, between 1 and 6 in age, tested positive for an adenovirus, which the CDC and WHO are investigating as a possible cause of the global outbreak, but it has not been confirmed. Five of the Alabama children tested positive for a specific type of adenovirus, adenovirus 41.

Adenoviruses are common, usually causing cold-like and gastrointestinal symptoms. Prior to these cases, adenoviruses were not known to cause hepatitis in otherwise healthy children, per the CDC. In Alabama and in many other cases, the children were previously healthy.

“There’s no link to one geographic area, common exposure to particular foods or animals, travel or to toxins,” Dr. Philippa Easterbrook, an infectious disease physician with the World Health Organization, said during a media briefing Wednesday.

Most of the children are too young to have received the COVID-19 vaccine and do not have any evidence of a COVID-19 infection. 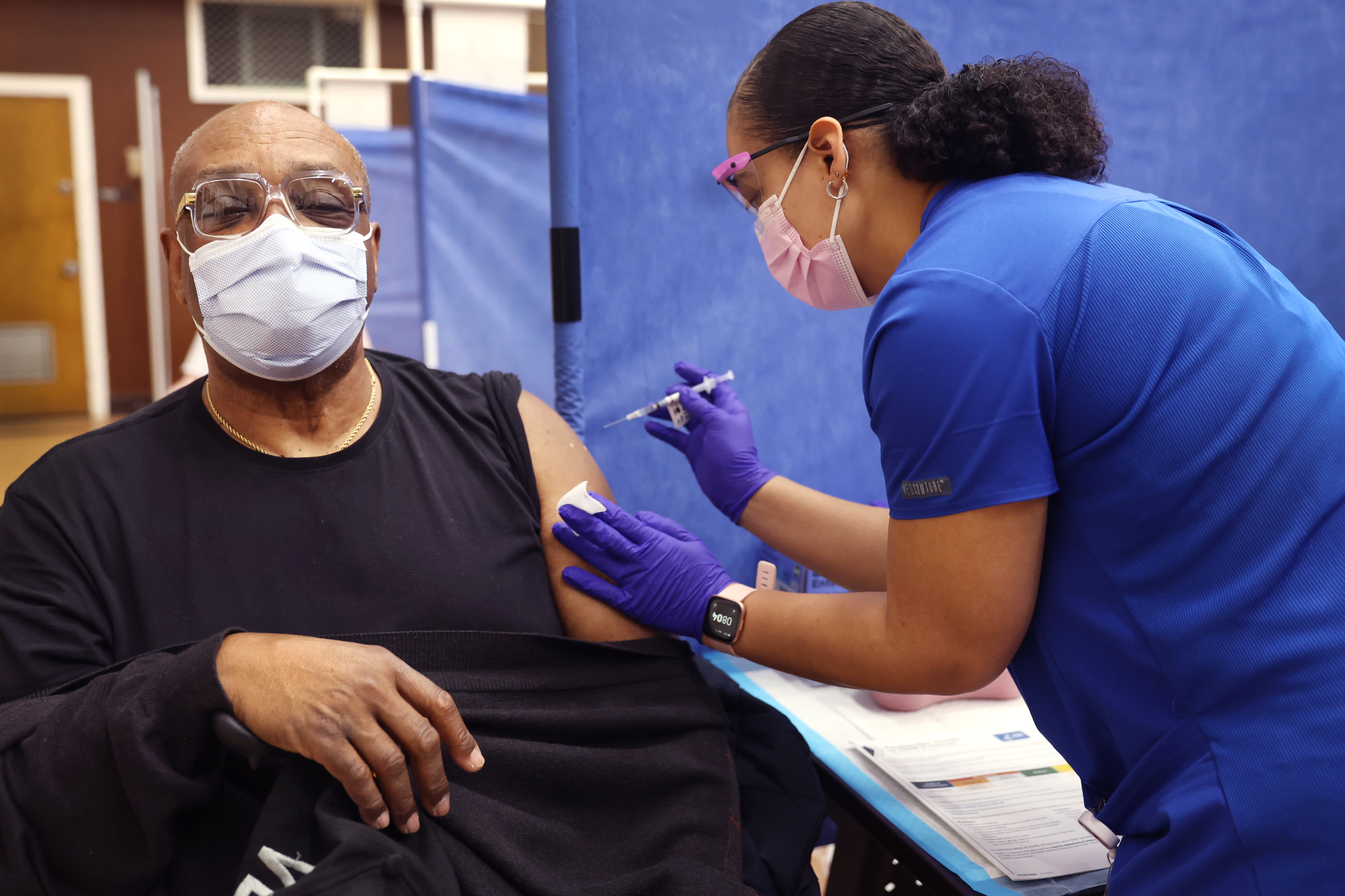 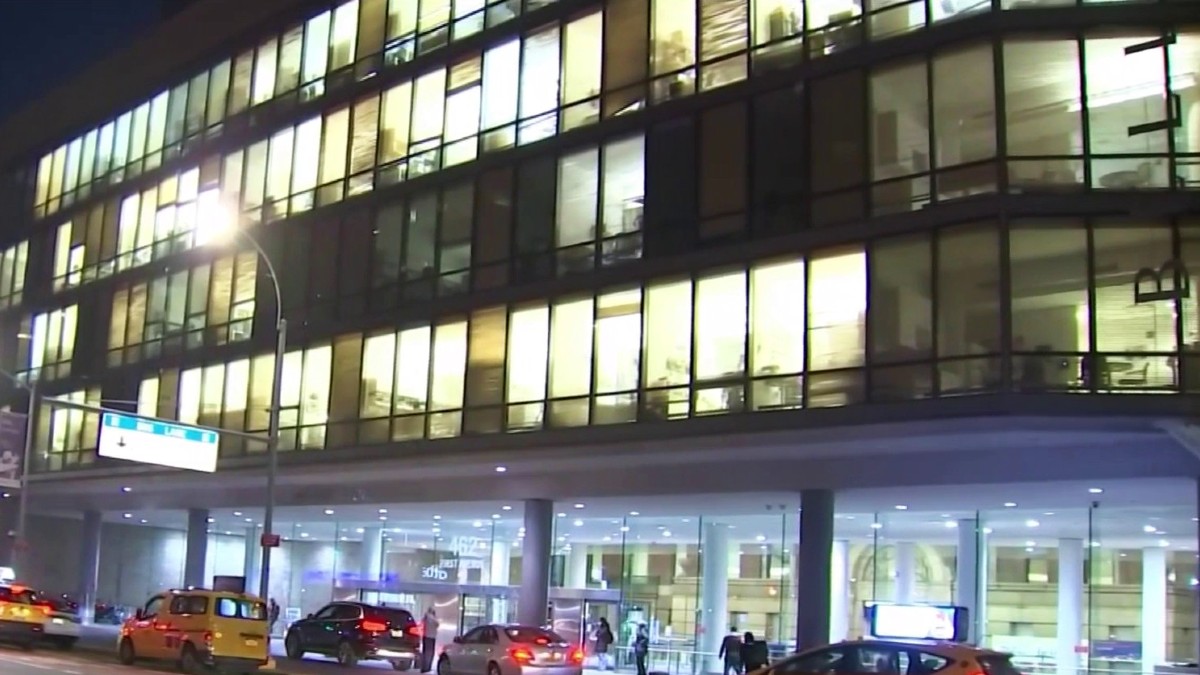 The following states are investigating cases of pediatric hepatitis with an unknown cause:

The first report the CDC issued on the mysterious hepatitis focused on a cluster of nine cases spread across different parts of Alabama.

The Minnesota Department of Health is investigating "several cases" of hepatitis in kids with an unknown cause, local NBC affiliate KARE 11 reported in late April.

As of late April, the Wisconsin Department of Health is investigating at least four cases of unusual hepatitis in children, including one death and one liver transplant.

The South Dakota Department of Health is investigating a case in a child under 10 years old in Brown County, it announced Wednesday.

A child in Grand Forks County is recovering at home after being hospitalized with hepatitis with an unknown cause, the North Dakota Health Department announced Thursday.

The Illinois Department of Health announced in late April that it is investigating "three suspected cases of severe hepatitis in children under ten years of age, potentially linked to a strain of adenovirus. Two of the cases are in suburban Chicago and one is in Western Illinois."

Doctors at Cincinnati Children’s Hospital in Ohio told NBC News that they had treated at least six cases in kids between 18 months and 10 years old, all of whom were from Ohio. One child needed a liver transplant.

One case is being investigated in Delaware, NBC News reported in late April.

The health department in Georgia said it was also investigating a "handful" of cases as of late April, according to NBC News.

In late April, NBC News reported one case was being investigated in Louisiana.

New York health officials are investigating a "handful" of cases of hepatitis in kids with an unknown origin, NBC News reported in late April.

The Tennessee Department of Health has reported six cases as of late April, according to NBC News.

The California Department of Public Health told TODAY in a statement on May 5 that it has "received reports of seven young children in California with severe hepatitis since October 2021. We do not know yet if adenovirus played a role in these rare illnesses or if these cases are connected."

The Idaho Department of Health is currently investigating two cases pediatric acute hepatitis of unknown origin, it told TODAY in a statement.

University of Texas Health San Antonio has "seen cases of a mysterious and serious liver disease in otherwise healthy children" in South Texas, according to a statement.

The Texas Department of State Health Services told TODAY in a May 6 statement that the state has no confirmed cases of pediatric hepatitis associated with adenovirus 41. "We are aware that some local health departments are investigating cases of pediatric hepatitis to determine if they are associated with adenovirus type 41," it said, adding that the investigations are ongoing.

After asking health providers in late April to start reporting cases of pediatric hepatitis with an unknown cause, the Colorado Department of Health told TODAY in a May 5 statement that it received one reported case that dated back to December 2021. The child was under 10 and tested negative for adenovirus at the time.

A spokesperson for the Missouri Department of Health told TODAY via email that the state is investigating cases, but none are confirmed at this time.

"We continue to investigate reports from Maryland providers but have not yet reported any confirmed cases," a spokesperson for the Maryland Department of Health told TODAY in a May 6 statement.

"Indiana currently has four pediatric patients with non-viral hepatitis under investigation. Please note that this is an ongoing investigation, so these are not confirmed cases at this time," an Indiana health official told TODAY in a May 6 statement.

A spokesperson for the Washington State Department of Health told TODAY in a statement, "We are aware of the situation and are currently investigating," but did not specify if there are specific cases under investigation.

The Pennsylvania health department is investigating "multiple cases for a possible connection" to the ongoing pediatric hepatitis outbreak of unknown origin but has not confirmed any, according to a statement to TODAY.

Which states have not reported cases?

Health officials from the following states told TODAY they were either not investigating any possible cases or not reporting any confirmed cases at this time:

The remaining states and Washington, D.C., have yet to respond to TODAY's request for comment.

What symptoms should parents look for?

Adenoviruses and hepatitis can both cause nausea and diarrhea, but adenoviruses "typically run their course without needing medical intervention,” Dr. David Hill, a Wayne County, North Carolina-based pediatrician and the official spokesperson of the American Academy of Pediatrics, previously told TODAY.

In children experiencing these symptoms, keep an eye out for severe abdominal pain, fever, dark-colored urine or light-colored stool, and the most telling symptom: yellowing coloring in the skin or whites of the eyes, also known as jaundice.