Virus Updates: US Will Require All Arriving Passengers to Get COVID-19 Test

The Trump administration is asking states to speed delivery of COVID-19 vaccines to all people 65 and older and to others at high risk by no longer holding back the second dose of the two-dose shots, officials said Tuesday.

Secretary of Health and Human Services Alex Azar said they are now comfortable enough in the manufacturing process that the task force believes the second doses will be available when needed.

Meanwhile, three House representatives have tested positive for COVID-19, which may have been contracted while they sheltered at an undisclosed location during the Capitol siege by a violent mob of pro-Trump supporters. There were reports that some of their GOP colleagues refused to wear masks, even when asked.

US to Require Negative Tests From Air Passengers Entering Country

Anyone flying to the U.S. will soon need to show proof of a negative test for COVID-19, health officials announced Tuesday.

The Centers for Disease Control and Prevention requirement expands on a similar one announced late last month for passengers coming from the United Kingdom. The new order takes effect in two weeks.

COVID is already widespread in the U.S., with more than 22 million cases reported to date, including more than 375,000 deaths. The new measures are designed to try to prevent travelers from bringing in newer forms of the virus that scientists say can spread more easily.

The CDC order applies to U.S. citizens as well as foreign travelers. The agency said it delayed the effective date until Jan. 26 to give airlines and travelers time to comply.

Rep. Brad Schneider, a Democrat from Illinois, said Tuesday that he has tested positive for COVID-19 following a lockdown with other members of Congress during the deadly riot at the U.S. Capitol last week, NBC Chicago reports.

“Last Wednesday, after narrowly escaping a violent mob incited by the President of the United States to attack the Capitol and its occupants, I was forced to spend several hours in a secure but confined location with dozens of other Members of Congress," Schneider said.

"Several Republican lawmakers in the room adamantly refused to wear a mask... even when politely asked by their colleagues," he continued, pointing to a video posted online by Punchbowl News showing several House Republicans refusing to wear masks.

Schneider, who represents Illinois' 10th District, said he was tested for COVID-19 Monday at the advice of the House's attending physician and received his positive result Tuesday morning.

He is the third member of the House to announce that he has tested positive in the wake of the lockdown, after Rep. Bonnie Watson Coleman, of New Jersey, and Rep. Pramila Jayapal, of Washington - both Democrats.

US Asking States to Speed Vaccine for Those Above 65

The Trump administration is asking states to speed delivery of COVID-19 vaccines to people 65 and older and to others at high risk by no longer holding back the second dose of the two-dose shots, officials said Tuesday.

Health and Human Services Secretary Alex Azar said that “the administration in the states has been too narrowly focused.”

As a result, he said, the Trump Administration is now asking states to vaccinate people age 65 and over and those under 65 with underlying health conditions that put them at high risk. He said the vaccine production is such that the second dose of the two-shot vaccine can be released without jeopardizing immunization for those who got the first shot. Read more here

Thousands Party in Streets After Alabama Win Despite Virus

Thousands of excited football fans partied in Tuscaloosa streets around the University of Alabama after the Crimson Tide defeated Ohio State 52-24 for the national championship, ignoring pleas for common sense and safety at the height of the coronavirus pandemic.

Students and others poured out of jam-packed bars near campus as time expired in Miami late Monday, traffic cameras and images posted on social media show, gathering on University Boulevard in an area called “The Strip.”

Many of the fans screaming and cheering as they pressed against each other in the street didn't wear face masks. The scene was exactly what officials feared before the game as they urged people to watch at home and celebrate privately.

More than 5,300 people have died in Alabama from the illness caused by the coronavirus, and about 404,000 have tested positive. About 14,200 people have tested positive in Tuscaloosa County, making it one of the worst in the state for the virus in overall numbers, and about 175 COVID-19 patients are being treated by DCH Regional Medical Center, located in the city. Read more here

Moderna's vaccine has been authorized by the Food and Drug Administration for use in people who are 18 years old and older. Clinical trial studies testing the vaccine in kids, whose immune systems can respond differently than adults, still need to be completed, CNBC reports.

The company has already begun a study testing the vaccine in adolescents as young as 12, and Bancel expects that study will be done by the time the fall semester starts in September. It expects to start a study for young children between ages 1 and 11 "soon," but Bancel said that study will take "much longer."

"We have to start a lower dose, so we should not see clinical data in 2021 but more [likely] in 2022," he said during a presentation at the JPMorgan Healthcare Conference.

Rep. Pramila Jayapal, D-Wash., has been diagnosed with the coronavirus, and she says she caught it while on lockdown during the U.S. Capitol riot with fellow House members who were not wearing masks.

In her statement, released early Tuesday morning, Jayapal called for "serious fines" to be issued to members who refused to wear masks in the U.S. Capitol.

"This is not a joke," the statement read. "Our lives and our livelihoods are at risk, and anyone who refuses to wear a mask should be fully held accountable for endangering our lives because of their selfish idiocy."

Jayapal will continue to work while in quarantine.

Public health officials started raising the alarm even while the riot was still happening about the possibility that so many people gathered in such close quarters could lead to a new outbreak. Earlier Monday, Rep. Bonnie Watson Coleman, D-NJ, announced she too had tested positive.

Disneyland to Serve as COVID-19 Vaccine Super Site in California

Disneyland Resort in Anaheim has been established as the Super first Point-of-Dispensing site for COVID-19 vaccines for residents, Orange County officials announced Monday.

“The Disneyland Resort, the largest employer in the heart of Orange County, has stepped up to host the county’s first Super POD site – undertaking a monumental task in our vaccination distribution process,” said acting Chairman Andrew Do, First District, in a statement issued by the county. “We truly appreciate the support of the Orange County Fire Authority, our cities, and our residents as we continue to rollout COVID-19 vaccinations throughout the county.”

The site will have the ability to vaccinate thousands of residents daily, according to the county.

“It's important to vaccinate as many willing people as possible for COVID-19, and we need the space to do it,” said Supervisor Donald P. Wagner, Third District, said in the county's statement. “I thank Disneyland Resort and the City of Anaheim for stepping up in the shared effort to give OC residents protection against the virus.”

No, don't start reciting all these statistics that prove vaccines are safe. That's the one thing Ethan Lindenberger, who grew up in an anti-vaxx household, and Matthew Motta, a political science and public health professor at Oklahoma State University, say should be front-of-mind when trying to get the facts across to someone who is anti-vaxx. What could work? Motta and Lindenberger explain lessons they've gleaned from research and personal experience, respectively.

Health officials say they are renting refrigerated trailers to store the rising number of people who are dying from COVID-19 complications, NBC Los Angeles reports.

The demand for the containers is getting higher in the Inland Empire.

Workers at Mid-State Containers have been getting 40-foot refrigerated containers ready to ship out. Usually they would go to companies that need cold storage for products.

Knotts says over the past few weeks his company has rented out dozens of containers to hospitals and morgues all over the state, most of them in Southern California where the COVID-19 death toll continues to climb daily. 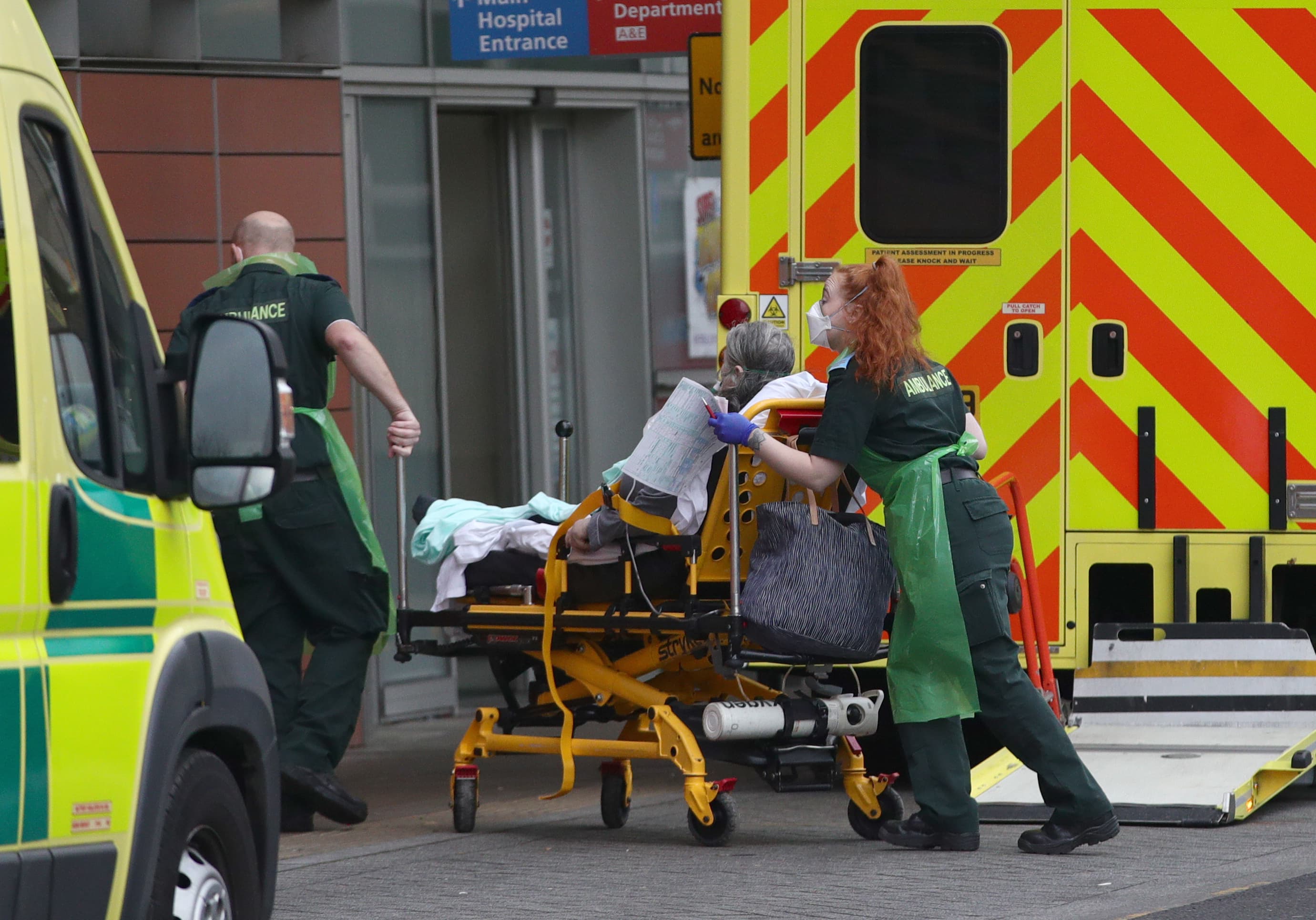 ‘Next Few Weeks Are Going to Be the Worst' of the Pandemic, England's Medical Chief Warns 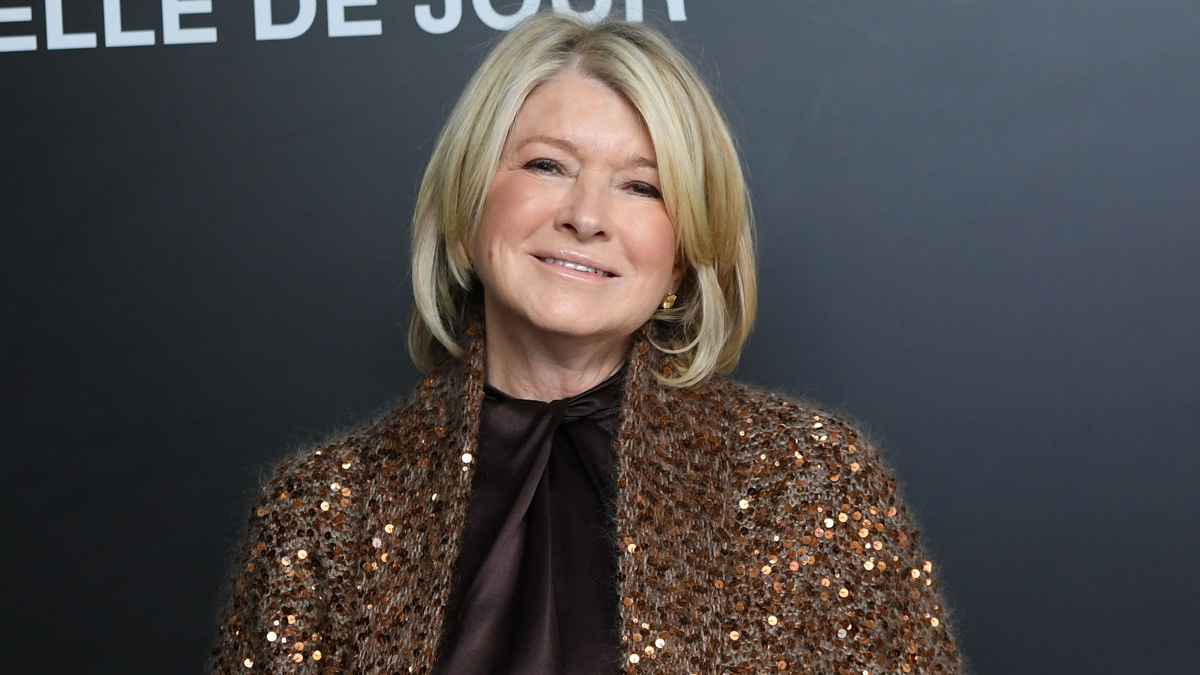