With the coronavirus still spreading across the United States, officials are weighing new requirements for national and international travel.

Starting next week, non-essential travelers arriving in Canada by land will need to show a negative PCR-based COVID-19 test or face a fine. And Americans may soon face a similar requirement for domestic air travel, Transportation Secretary Pete Buttigieg told "Axios on HBO." The Centers for Disease Control and Prevention is currently reviewing a proposal that would require negative tests from all travelers.

Meanwhile, the White House announced states will see their allocation of vaccine doses rise to 11 million per week beginning next week, up more than 2 million since President Joe Biden took office.

The U.S. has reported more than 27 million coronavirus cases and 469,000 virus-related deaths since the start of the pandemic, according to a tally by NBC News.

WHO Expert Group Recommends Use of AstraZeneca Vaccine

Independent experts advising the World Health Organization on Wednesday recommended the use of AstraZeneca’s vaccine even in countries that turned up worrying coronavirus variants in their populations.

There had been doubts about the vaccine's effectiveness against a variant that emerged in South Africa.

The advice is used by health care officials worldwide, but doesn't amount to a WHO green light for the U.N. and its partners to ship the vaccine. That approval could come after separate WHO group meetings on Friday and Monday to assess whether an emergency-use listing for the AstraZeneca vaccine is warranted.

The AstraZeneca vaccine is important because the U.N.-backed COVAX Facility, which aims to deploy coronavirus vaccines to people in need around the world whether in rich or poor countries, hopes to start shipping hundreds of millions of doses of the AstraZeneca vaccine starting later this month.

Dr. Soumya Swaminathan, the WHO’s chief scientist, called the findings from the Strategic Advisory Group of Experts an “important milestone.”

A new government study finds that wearing two masks can be better than one in protecting against coronavirus spread. But health officials are stopping short of recommending that everyone double up.

The Centers for Disease Control and Prevention on Wednesday reported the results of a lab experiment. The researchers found that particles were blocked twice as much when two masks were worn. The CDC is updating its guidance to address wearing two masks.

It says that a cloth mask worn over a surgical mask can tighten the gaps around the mask’s edges that can let virus particles in.

South Africa will give the unapproved Johnson & Johnson vaccine to its front-line health care workers beginning next week as a study to see what protection it provides from COVID-19, particularly against the variant dominant in South Africa, the health minister announced Wednesday.

Zweli Mkhize said South Africa has scrapped plans to use the Oxford-AstraZeneca vaccine because it “does not prevent mild to moderate disease” of the variant that has spread widely in South Africa.

The one-shot J&J vaccine is still being tested internationally and has not been approved in any country.

But Mkhize, in a nationally broadcast address, declared that the vaccine is safe, relying on tests of 44,000 people done in South Africa, the United States and Latin America. Giving 1st and 2nd Doses at Once Complicates Vaccine Effort 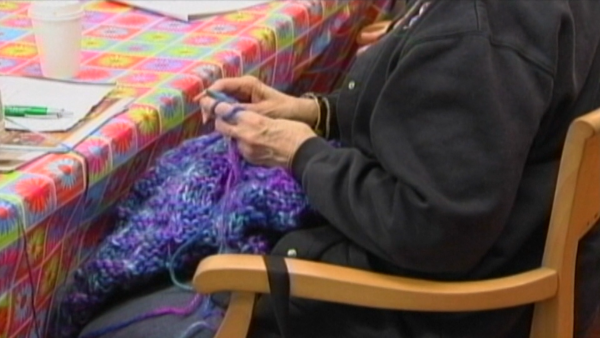 Dementia Patients Twice as Likely to Get COVID-19, Study Finds