As Americans gathered with family for Christmas, some officials are worried it could exacerbate already spiking numbers of coronavirus cases and deaths. Adding to their concerns, data from the Transportation Security Administration shows more Americans traveled by plane on Dec. 23 than any single day since March.

Meanwhile, the fate of a coronavirus relief package remains up in the air after Republicans rejected an effort by House Democrats to pass $2,000 direct stimulus payments. On Wednesday, President Donald Trump did not sign the Congress-approved $900 billion bill, as was expected, and instead called on the House to increase the bill's proposed $600 direct stimulus payment to $2,000.

The U.S. has recorded more than 19 million coronavirus cases and over 332,000 deaths since the start of the pandemic, according to a tally by NBC News.

So has another, unnamed member of the team staff, the team said in a press release.

The team has paused all activities, and the Big East conference has postponed its game scheduled for Jan. 2 at Xavier. The conference has not made a decision on games after that.

Wright has mild symptoms is in isolation, the team said. Wright is considered one of the top coaches in the sport and coached Villanova University to victory in the NCAA tournament in 2016 and 2018.

“Our players have been very diligent and disciplined with all of the COVID protocols,” stated Wright. “Unfortunately, we have had two staff members test positive. I am one of them. My symptoms are mild, and we remain connected as a team and staff by phone and Zoom. I am grateful to our team physician, Dr. Mike Duncan, who has worked tirelessly to help guide us safely through this.”

The United States has surpassed 19 million confirmed cases of the novel coronavirus, with the latest million coming in less than a week, according to a tally by NBC News. The country crossed the 18 million case mark five days ago on Monday, Dec. 21.

The grim milestone comes as the U.S. headed into a holiday season of travel and family gatherings that threaten to fuel the deadly outbreak across the nation.

Doctors, nurses and the elderly rolled up their sleeves across the European Union to receive the first doses of the coronavirus vaccine Sunday in a symbolic show of unity and moment of hope for a continent confronting its worst health care crisis in a century.

Even though a few countries started giving doses a day early, the coordinated rollout for a bloc of 27 nations and nearly 450 million people aimed at projecting a unified message that the vaccine was safe and was Europe’s best chance to emerge from the pandemic and the economic devastation caused by months of lockdown.

For health care workers who have been battling the virus with only masks and shields to protect them, the vaccines represented an emotional relief as well as a very public chance to urge people to protect themselves and others.

Within weeks, northern Lombardy would become the epicenter of the outbreak in Europe and a cautionary tale of what happens when even wealthy countries find themselves unprepared for a pandemic. Lombardy still accounts for around a third of the dead in Italy, which has the continent’s worst confirmed virus toll at nearly 72,000 dead.

“Today is a beautiful, symbolic day: All the citizens of Europe together are starting to get their vaccinations, the first ray of light after a long night,” Arcuri told reporters outside the hospital.

France started its first coronavirus vaccinations Sunday at a nursing home northeast of Paris, in one of the country’s poorest regions, as part of a Europe-wide vaccination rollout.

“An intense moment, carrying so much hope,” tweeted the head of the Paris region public health service, Aurelien Rousseau.

A 78-year-old woman identified only by her first name, Mauricette, was given France’s first vaccine shot in the town of Sevran. Later in the day, vaccinations will be given at the Champmaillot home in Dijon.

Polls suggest that people in France are a bit skeptical of the new vaccines, so France’s government has been cautious in its messaging and is not making the vaccines obligatory. The government hopes to be able to vaccinate up to 27 million of its 67 million people by summer.

France has reported over 62,570 lives lost in the pandemic. Nearly a third died in nursing homes, so the government decided to give the vaccine to the elderly first, as well as at-risk medical workers.

A spokesman for Florida Gov. Ron DeSantis has deactivated his Twitter account after he tweeted that photos of each dead COVID-19 victim should be balanced with 99 photos of people who survive the disease, NBC Miami reports.

According to screenshots captured by a Miami Herald reporter and a reporter for WLRN, Fred Piccolo posted a tweet Wednesday in response to a photo gallery on COVID-19 victims and health care workers, saying, “I’m wondering since 99% (of) Covid patients survive shouldn’t you have 99 photos of survivors for every one fatality? Otherwise you’re just trying to create a narrative that is not reality.”

In the past, Piccolo has questioned the effectiveness of face mask mandates and has said that COVID-19 is less deadly than the flu.

Doses of the coronavirus vaccine may have been wrongfully obtained and distributed throughout parts of New York, the state's top doctor said Saturday.

Dr. Howard Zucker, commissioner for the state's department of health, says his office received reports of Parcare Community Health Network "fraudulently" obtaining the vaccine and transferring it to "facilities in other parts of the state."

It wasn't immediately clear how much vaccine the Orange County provider obtained and whether it was the Pfizer/BioTech or Moderna doses. The DOH said it wouldn't comment beyond Dr. Zucker's Saturday statement.

Public Health Director Barbara Ferrer said a local laboratory is doing gene sequencing to test virus samples collected in L.A. County, but it will take about a week to finish the process, the Los Angeles Times reported Friday.

The new variant was first reported in Great Britain, which has instituted tougher lockdown rules over the past week, but has also been reported in France. It is said to be far more contagious than the original strain of the virus, but has not been found to be more deadly.

Local officials are concerned that if the new strain is already present in Southern California, it could be behind some of the explosive growth in COVID-19 cases seen since the Thanksgiving holiday period.

Officials in Canada's most populous province have confirmed the first two known Canadian cases of of a more contagious variant of COVID-19 that was first identified in the United Kingdom.

The province’s associate chief medical officer says that the cases are a couple from Durham Region, just east of Toronto, with no known travel history, exposure or high-risk contacts.

The new variant is believed to spread more easily and faster than the original version of the disease but is not believed to be more deadly.

The provincial government said in a news release that is no evidence to suggest that the vaccines approved by Health Canada will be any less effective against the new variant. The variant was first identified in the United Kingdom but has since been detected in several other countries, including Denmark, France, Belgium, Australia and the Netherlands. 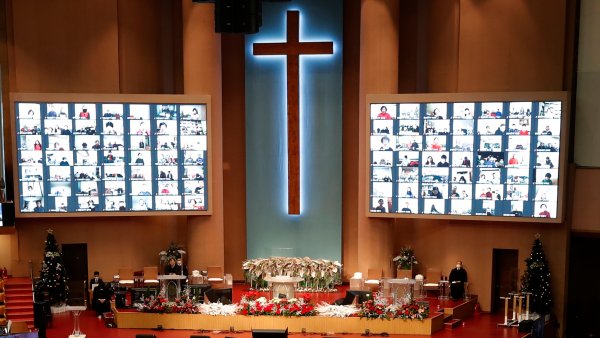 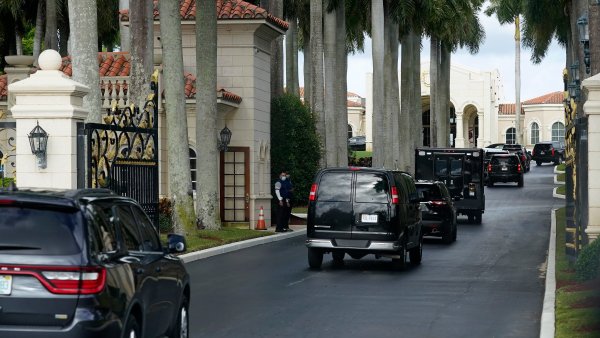 Trump Golfs in Florida as COVID Relief Hangs in the Balance

Christmas was marked by pleas to avoid holiday gatherings outside the home and indoor church services in what could be a make-or-break effort.

In California, where a surge has led to some of the deadliest days since the pandemic began, the ask took on an even more urgent tone as some hospitals reported they were dangerously low on oxygen supplies to treat coronavirus-infected patients.

In New York City, officials urged caution as the city tries to fight back its steepest viral increases in months. The numbers were up across the board statewide as well.

Officials repeated warnings that Thanksgiving gatherings where people didn't wear masks or observe social distancing have resulted in a surge and begged people to forego Yule and New Year's festivities.