The White House said Wednesday the U.S. is vaccinating some 1.7 million people per day, up from under 1 million a month ago. New figures from the White House show the steady increase in the pace of vaccinations over President Joe Biden’s first month in office. Much of the uptick comes from people receiving their second dose of the approved vaccines from Moderna and Pfizer.

Biden is on track to blow past his goal of 100 million injections in his first 100 days in office — though the pace must pick up even further to meet his plans to vaccinate nearly all adults by the end of the summer.

In an effort to get more kids back to school so that parents can return to work, the Biden administration is also looking to spend $1.4 billion to boost testing supplies and coordination. That includes $650 million to setup regional testing “hubs” around the country to help coordinate testing at K-8 schools, universities, homeless shelters and other gathering places.

The U.S. failure to provide fast, widespread testing is one of the most enduring stumbles in the federal government’s response to COVID-19, which has infected more than 27 million people and killed 489,000 according to a tally by NBC News.

Churches have learned to adapt during the coronavirus pandemic. And Ash Wednesday will be no exception.

The White House says drugmaker Johnson & Johnson has just a “few million” doses of its COVID-19 vaccine in inventory ready to be distributed, should the Food and Drug Administration grant it emergency approval.

Coronavirus coordinator Jeff Zients is looking to lower expectations for the impact of approval for the promising, one-dose vaccine, which could happen in the next several weeks. The company has contracted to provide 100 million doses — enough for 100 million Americans — by the end of June.

Zients says, “We’re going to be started only with a few million of inventory.” He adds the Biden administration is working to expedite the vaccine deliveries as much as possible.

Thousands of Service Members Saying No to COVID-19 Vaccine

By the thousands, U.S. service members are refusing or putting off the COVID-19 vaccine. Frustrated commanders are trying to knock down internet rumors and find the right pitch that will persuade troops to take the shot.

Some Army units are seeing as few as one-third agree to the vaccine. Military leaders searching for answers believe they have identified imminent deployment as a convincer. Sailors on ships heading to sea last week, for example, were choosing to take the shot at rates exceeding 80% to 90%.

The military’s resistance comes as troops are deploying to administer shots at vaccination centers around the country and as leaders look to American forces to set an example for the nation.

US Lags Behind UK, South Africa in Identifying Virus Variants. Biden's COVID Bill Would Fix That.

Scientists would gain vastly expanded capabilities to identify potentially deadlier mutations of the coronavirus under legislation advancing in Congress.

The U.S. now maps only the genetic makeup of a minuscule fraction of positive virus samples, a situation some experts liken to flying blind. It means the true domestic spread of problematic mutations first identified in the United Kingdom and South Africa remains a matter of guesswork. Such ignorance could prove costly in the race to vaccinate Americans before virus variants become dominant here.

Besides money, the House bill that cleared the Energy and Commerce Committee last week calls for the CDC to organize a national network to use the technology to track the spread of mutations and guide public health countermeasures.

Meanwhile, Wisconsin Democrat Sen. Tammy Baldwin has introduced legislation to spend $2 billion. Baldwin says the U.S. should be using gene-mapping technology to analyze at least 15% of positive virus samples. That might not sound like much, but the current rate is believed to be 0.3% to 0.5%. Analyzing 15% of positive samples would expand surveillance by at least 30 times.

White House COVID Response Team: Weekly Vaccinations Up in US

The U.S. is vaccinating on average 1.7 million Americans per day for the coronavirus, up from under 1 million a month ago.

New figures from the White House show the steady increase in the pace of vaccinations over President Joe Biden’s first month in office.

Much of the increase, according to data from the Centers for Disease Control and Prevention, comes from people receiving their second dose of the approved vaccines from Moderna and Pfizer.

The pace of first dose vaccinations has been largely steady over the past several weeks, hovering around an average of 900,000 shots per day.

Biden is on track to blow past his goal of 100 million injections in his first 100 days in office — though the pace must pick up even further to meet his plans to vaccinate nearly all adults by the end of the summer.

Vice President Harris Says Teachers Should Be a Priority for Vaccinations

Vice President Kamala Harris stressed Wednesday that teachers should be prioritized for COVID-19 vaccinations in order to help reopen more schools across the country, but wouldn’t say if she believed those vaccinations should be a prerequisite for reopening schools.

"Teachers should be a priority along with other frontline workers, and we're going to make them a priority," Harris said, adding that teachers “are critical to our children's development, they should be able to teach in a safe place and expand the minds and the opportunities of our children."

The CDC's guidelines also tied the ability to reopen schools directly to the rate of infection in any given community. Gutherie noted that if schools were to follow the CDC guidelines, 90% of U.S. schools would currently not be able to reopen under that metric. Asked if it was a mistake by the agency to tie openings to rate of infection, Harris said they are just recommendations and that it will ultimately be up to the states and local authorities to decide whether they can institute safe measures.

"What the CDC, what they have recommended, are exactly that, recommendations, about how to reopen safely if they've been closed, how to stay open if they've been open," Harris said. "And so the recommendations include what again needs to happen around social distancing, hand washing, mask wearing. The point is that we all want our kids to get back to school as quickly as possible and as safely as possible."

Harris reiterated that the Biden administration's goal is have "as many K through 8 schools as possible reopen within the first 100 days," and hopefully for in-person learning 5 days a week.

Pfizer and BioNTech said Wednesday they have reached an agreement to supply the European Union with another 200 million doses of their COVID-19 vaccine.

The U.S. and German companies said in a statement that the doses come on top of the 300 million initially ordered. The EU’s executive Commission has an option to request a further 100 million doses.

They said the 200 million doses are expected to be delivered this year, with an estimated 75 million of them in the second quarter.

The Pfizer-BioNTech vaccine was the first of three so far to be approved for use in the EU, which faces criticism for a slow start to its vaccination campaign. The other two approved vaccines are from Moderna and AstraZeneca.

A group of public health experts, including several who advised Joe Biden on COVID-19 during the presidential transition, is urging the administration to enact stronger mask requirements to protect workers as a growing number of allies raise concerns about the new administration's response to the coronavirus pandemic, NBC News reports.

In a letter sent late Tuesday to the administration's top public health officials, the group said that current Centers for Disease Control and Prevention guidelines on masks don't go far enough and that all health care workers and those at high risk of getting infected should wear medical-grade N95 masks or similar respirators rather than standard surgical masks or cloth face coverings.

"Stronger protective measures are needed immediately to limit exposure and transmission of the SARS-CoV-2 virus to control and end the COVID-19 pandemic," the group wrote. "Action is needed to better protect workers and the public against inhalation exposure to the virus."

The CDC recommends that N95 masks, which filter out at least 95 percent of very small particles, be used only by health care workers in direct contact with COVID-19 patients. In the CDC's most recent guidelines about face coverings, released last week, the agency said it "does not recommend the use of N95 respirators for protection against COVID-19 in non-healthcare settings."

Joyce Dugan did not hesitate before sitting down inside the Cherokee Indian Hospital for her second and final dose of the COVID-19 vaccine. “I’m proud of our hospital,” the 72-year-old former tribal chief said as a nurse quietly prepped her arm. “I’m proud that we’re able to get these shots.”

While minority communities across the United States have struggled to trust the vaccine, the opposite is true for the Eastern Band of Cherokee Indians, a Native American tribe of 16,000 in western North Carolina, and other tribes across the country, which were also quick to adopt coronavirus prevention measures.

The federal Indian Health Service said Tuesday that it has administered nearly 385,300 doses of COVID-19 vaccines. At a rate of about 18,490 per 100,000, that’s higher than all but five U.S. states, according to an AP analysis of federal data.

The trend owes itself both to a harsh reality — Native Americans and Alaskan Natives are four times more likely to be hospitalized from COVID-19, according to the Centers for Disease Control and Prevention — and tradition. Community before self has long been a core principle in Native American culture.

“We already innately have held on to that cultural tradition of taking care of our community," said Abigail Echo-Hawk, director of the Seattle Urban Indian Health Institute and a citizen of the 3,000-member Pawnee Nation. “The rest of the United States could learn from us."

Vaccine hesitancy in the Black and brown community is giving many of those in the most vulnerable populations pause before signing up for a COVID-19 vaccine. Physicians Jubril Oyeyemi and David Hayes-Bautista discuss how to combat vaccine fear in those communities. 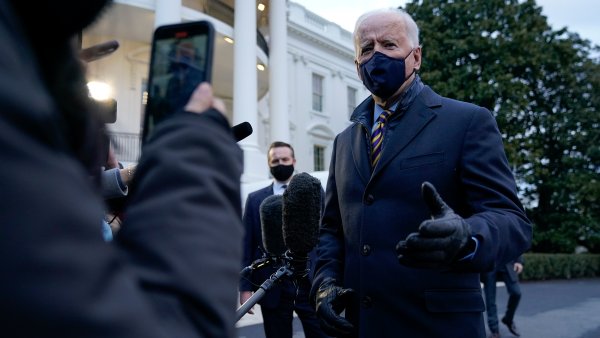 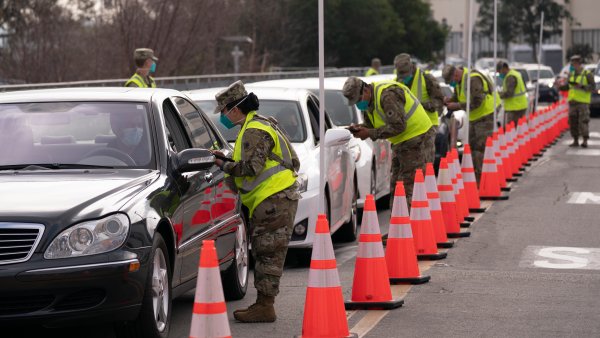