Virus Updates: Variant From South Africa Detected in US; LA Mayor Gets Vaccine

At the current rate of infection, the United States could reach 514,000 coronavirus-related deaths by Feb. 20, the Centers for Disease Control and Prevention said Wednesday.

The grim prediction comes as states across the country slowly begin to lift stay-at-home orders and other restrictions in an effort to revamp the economy and get children back to school. However, states are moving cautiously in part due to a more contagious variant first reported in the United Kingdom that's now spreading in the U.S.

More than 427,000 people have died and more than 25.5 million cases have been reported in the U.S. since the start of the pandemic, according to NBC News.

Interactive: Where New COVID Variants Have Been Detected in the US

The 49-year-old mayor made clear in December that he would wait his turn to receive the vaccine, echoing county policy that nursing home residents, people 65 and older and medical workers will be first in line.

However, his office said medical personnel strongly recommended he be vaccinated because he was interacting with hundreds of people daily at the stadium while assisting health care workers.

Novavax Inc. said Thursday that its COVID-19 vaccine appears 89% effective, based on early findings from a British study.

The shot also seems to work against new mutated strains of the virus circulating in that country and South Africa, though not quite as well.

The announcement comes amid worry about whether a variety of vaccines being rolled out around the world will be strong enough to protect against worrisome new variants – and also the world needs new types of shoots to boost scarce supplies.

Data from some states has shown hard-hit nonwhite Americans who are eligible to get the vaccine are not receiving it in proportion to their share of the population.

In the letter that they sent on Thursday, Rep. Ayanna Pressley and Sens. Elizabeth Warren and Edward Markey, all from Massachusetts, say the agency must work with states, municipalities and private labs to collect and publish demographic data of vaccine recipients.

A new study suggests that Pfizer/BioNtech's coronavirus vaccine appears to work against new variants that have begun circulating in the U.S. The study has not been peer-reviewed or published in a medical journal.

NY Nursing Home Deaths May Have Been More Than 50% Higher Than Reported, AG's Office Says

New York may have undercounted COVID-19 deaths of nursing home residents by as much as 50%, the state’s attorney general said in a report released Thursday.

Her investigators looked at a sample of 62 of the state’s roughly 600 nursing homes. They reported 1,914 deaths of residents from COVID-19, while the state Department of Health logged only 1,229 deaths at those same facilities If that same pattern exists statewide, James’ report said, it would mean the state is underreporting deaths by nearly 56%.

Virus Variant From South Africa Detected in US for First Time

A new coronavirus variant identified in South Africa has been found in the United States for the first time.

South Carolina officials say two such cases have been diagnosed in the state. The two cases don’t appear to be connected, nor do the people have a history of recent travel, according to the South Carolina Department of Health and Environmental Control.

Viruses mutate constantly and many variants of the coronavirus are circulating around the globe. However, scientists are primarily concerned with three that appear to spread more easily.

Other variants first reported in the United Kingdom and Brazil were already confirmed in the U.S. Researchers predicted it was only a matter of time before the variant identified in South Africa reached the United States as well.

President Joe Biden on Monday reinstated COVID-19 travel restrictions on most non-U.S. travelers from Brazil, the U.K. and South Africa. The CDC is currently recommending Americans not travel.

COVID-19 Cases Increase Among Children; Rise in New Strain May Be to Blame

The number of children infected by COVID-19 is increasing and experts are concerned about a new strain of the virus that seems to be spreading faster in kids, NBC DFW reports.

According to the American Academy of Pediatrics, nearly 2.7 million children nationwide have tested positive for COVID-19.

Over the latest two-week period, there were nearly 377,000 new cases among children – a 16% increase. Still, children are highly unlikely to die from the virus. Children account for only 0.19% of all COVID-19 deaths, the academy said.

There's also concern about a new strain of the virus. Although the new type is known to spread faster, especially in children, doctors say there's no evidence it's any more deadly.

Alabama and Alaska have joined a growing list of states where a COVID-19 variant first detected in the United Kingdom — and which is believed to be more transmissible — has been found.

Health officials in Alabama said Wednesday that the variant, B.1.1.7., has been identified in three Alabamians, two of whom are children under 19 and one of whom is an adult.

On Tuesday the Alaska Department of Health and Social Services said testing had identified the state's first case of B.1.1.7., in an Anchorage resident who tested positive for COVID-19 in December. They and another person they lived with who also got sick recovered, and both isolated while sick, it said.

The U.K. variant has been detected in more than two dozen states.

It is believed to be more transmissible but it doesn't appear to be more likely to make someone seriously ill or to kill someone, Dr. Anthony Fauci, director of the National Institute of Allergy and Infectious Diseases, said last week.

As more COVID variants are identified across the globe, health experts are suggesting upgrading masks with better filtration, or, if surgical masks are the only options, to "double mask" when out and about.

How Many Variants of the Coronavirus Are There?

There are many circulating around the world, but health experts are primarily concerned with the emergence of three.

A mutation early in the pandemic fueled the spread of the virus around the world, but there had been no notable changes since — until recently, said Ohio State University biologist Daniel Jones.

One of the three main variants experts are watching was discovered in the United Kingdom late last year and has been detected in dozens of countries since. Health officials initially said it didn’t seem to cause worse disease, but some newer information suggests it might — that remains unknown at the moment. It does appear to spread more easily, which could lead to more hospitalizations and deaths.

The variant might become dominant in the U.S. by March, according to the Centers for Disease Control and Prevention.

Data so far suggests current vaccines should still protect against these variants, though there’s some concern their effectiveness may be slightly diminished. There is some evidence that some antibody treatments may be less effective against certain variants. 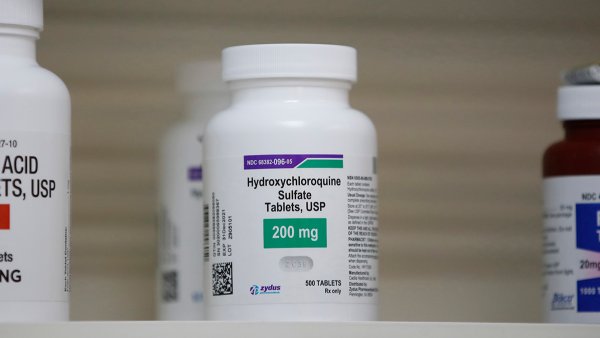 Oklahoma Seeking to Return $2M Worth of Hydroxychloroquine 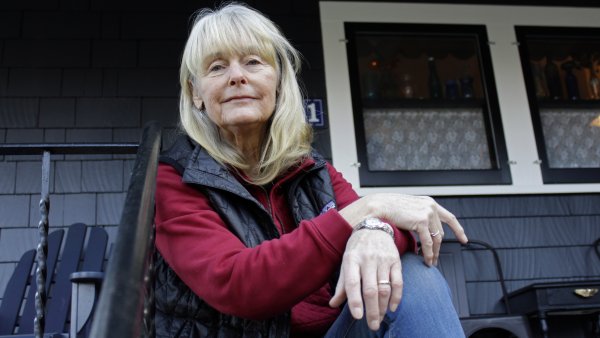