The U.S. has recorded more than 21 million cases and 355,000 deaths since the start of the pandemic, according to a tally by NBC News. Health officials fear the surge in cases and deaths will continue as post-holiday air travel hit its highest level on Sunday since mid-March.

A new and more infectious variant of the coronavirus, which was first reported in the United Kingdom, has now appeared in New York, officials announced Monday. Cases have also been reported in Florida, California and Colorado.

Meanwhile, the U.S. has ramped up COVID-19 vaccinations in the past few days after a slower-than-expected start, bringing the number of shots dispensed to about 4 million, government health officials said.

Rep. Kevin Brady, R.-Texas, announced Tuesday night on Twitter that he tested positive for the coronavirus and is now in quarantine.

Brady, who was on the House floor voting on Sunday and Monday, added that he will "Begin treatment tomorrow" and should "be fine."

Brady said he received the first dose of the Pfizer vaccine on Dec. 18 and had tested negative on New Year's Day.

LA Hospital Would Be at Capacity With Just COVID-19 Patients

The crush of patients with coronavirus is so severe in Los Angeles that on Tuesday they exceeded the normal capacity at Martin Luther King Jr. Community Hospital.

The hospital in the south part of the city, which has a capacity of 131 patients, was treating 215 patients, 135 of them with COVID-19, said Jeff Stout, the interim chief nursing and operating officer.

MLK is emblematic of what is happening at hospitals across the nation’s largest county, where a surge of coronavirus cases has overwhelmed medical staff, created a shortage of oxygen and led to a directive to ambulance crews to stop transporting patients they can’t revive in the field.

Stout said the hospital was finalizing its crisis standards of care, which are guidelines for rationing treatment when staff, medicine and equipment are in short supply.

“We’re not there yet,” Stout said. “Every day, every hour we’re trying to avoid going into crisis care. The ultimate goal with crisis care is never to get there.”

Los Angeles continues to see hospitalizations rise day after day, setting a new record Tuesday with almost 8,000 hospitalized and more than a fifth of those in intensive care units. The county, which accounts for a quarter of California’s 40 million residents, has more than 40% of the state’s 27,000 coronavirus deaths.

LA is the epicenter of California’s surge that is expected to get worse in coming weeks when another spike is expected after people traveled or gathered for Christmas and New Year’s. Much of the state is under a stay-home order and open businesses are operating with limited capacity.

Senior Citizens Camp Out in Florida for COVID Vaccine

The push to vaccinate people over age 65 in Florida is drawing thousands of eager seniors in uneven rollouts across various counties, with some residents so set on getting a shot that they slept in their cars overnight.

In Daytona Beach, hundreds of senior citizens determined to get vaccinated against COVID-19 camped out inside their vehicles in frigid temperatures to secure coveted spots in a vaccination line Tuesday morning, a day after seniors jammed the roads as they headed for the vaccination site.

Officials tried to avoid a repeat of Monday's traffic jams by opening a stadium's parking lot to overnight camping for people 65 and older. By 7:30 p.m. on Monday, senior citizens in 200 vehicles were on the property, set to brave overnight temperatures in the low 40s.

Broward County Mayor Steve Geller said during a news conference on Tuesday that he’s being bombarded with emails and calls from senior citizens who are upset over how the vaccine distribution is going.

“Many seniors are panicking because they think they were promised the vaccine immediately," Geller said, adding that some may have gotten that impression after Gov. Ron DeSantis issued an executive order giving priority to those over age 65. “They were not, but now they feel that faith has been broken.”

Geller added that the state simply does not have enough of the vaccine to administer it to all of Florida's 4.5 million seniors, including the 340,000 who live in Broward County.

Special teams coordinator Mike Priefer will be Cleveland’s acting coach Sunday while Stefanski is away.

It's a major blow to the Browns (11-5), who qualified for the playoffs for the first time in 17 seasons on Sunday with a 24-22 win over Pittsburgh. They'll play the Steelers again this week in the first round of the AFC playoffs.

Cleveland has been hit hard by the virus. The Browns were without six players and three coaches last weekend for their biggest game in years after a rash of positive tests.

Gov. Gavin Newsom said the pace is “not good enough” as the virus continues to ravage the state. Only about 1% of California’s 40 million residents have been vaccinated. About 454,000 doses of the vaccine have been administered — that's just a quarter of the 1.3 million doses the state has received so far.

The state’s death toll on Monday topped 26,500 and confirmed cases neared 2.4 million since the pandemic began. California's hospitals are swamped with more than 22,000 COVID-19 patients.

Prosecutor: Pharmacist Sabotaged Vaccines Over Belief It Would Change DNA

A Wisconsin pharmacist convinced the world was “crashing down” told police he tried to ruin hundreds of doses of coronavirus vaccine because he believed the shots would mutate people’s DNA, according to court documents released Monday, NBC Chicago reports.

“He’d formed this belief they were unsafe,” Ozaukee County District Attorney Adam Gerol said during a virtual hearing. He added that Brandenburg was upset because he and his wife are divorcing, and an Aurora employee said Brandenburg had taken a gun to work twice.

A detective wrote in a probable cause statement that Brandenburg, 46, is an admitted conspiracy theorist and that he told investigators he intentionally tried to ruin the vaccine because it could hurt people by changing their DNA.

Misinformation around the COVID-19 vaccines has surged online with false claims circulating on everything from the vaccines’ ingredients to its possible side effects.

Mexico approved the Oxford-AstraZeneca coronavirus vaccine for emergency use Monday, hoping to spur a halting vaccination effort that has only given about 44,000 shots since the third week of December, about 82% of the doses the country has received.

Prior to this, the Pfizer vaccine was the only one approved for use in Mexico. Mexican regulators approved the AstraZeneca shot on Monday.

Mexico has pinned much of its hopes on the inexpensive, one-shot CanSino vaccine. “It will makes things a lot easier for us,” López-Gatell said.

California's Department of Consumer Affairs approved a public health emergency waiver that will allow dentists across the state to administer COVID-19 vaccines to patients 16 and older, NBC San Diego reports.

The waiver adds resources to the vaccine administration chain, which some worry is moving too slow.

Once vaccine supply catches up, dentists coming on board on the administration side will give the public more options. The hope is that it can free up doctors and critical health care staff while also taking patients out of health care settings, which can be dangerous and scary for some.

Because of the vaccine's cold storage requirements, the California Dental Association says dentists will at first join other healthcare professionals working at vaccination stations.

Health Officials Remind People to Get Their Second Vaccine Doses

Two top American health officials reminded people Monday to get the second dose of their coronavirus vaccines, a message that comes days after Britain announced it was delaying the second round of shots to make them more widely available.

"We have been following the discussions and news reports about reducing the number of doses, extending the length of time between doses, changing the dose (half-dose), or mixing and matching vaccines in order to immunize more people against COVID-19," two top officials at the Food and Drug Administration said. "These are all reasonable questions to consider and evaluate in clinical trials."

But changing doses and schedules was a move "not rooted solidly in the available evidence," said the officials, department Commissioner Dr. Stephen Hahn and Peter Marks, director of the FDA's Center for Biologics Evaluation and Research.

The vaccines have been shown to prevent Covid-19 infection in roughly 95 percent of adults. The one developed by Pfizer-BioNTech requires 21 days between doses, while Moderna's requires 28 days.

"Without appropriate data supporting such changes in vaccine administration, we run a significant risk of placing public health at risk, undermining the historic vaccination efforts to protect the population from COVID-19," they said.

The mayor of Birmingham, Alabama, has been hospitalized with COVID-19 pneumonia, five days after announcing he tested positive for the coronavirus, officials said.

Birmingham Mayor Randall L. Woodfin was admitted to the hospital Monday night “to address symptoms connected to COVID pneumonia,” according to his doctor, the City of Birmingham tweeted.

The tweet said Woodfin remained “in good spirits and thanks everyone for their well wishes.”

On Wednesday, Woodfin announced that he tested positive for COVID-19 and was experiencing mild symptoms.

“Remember, everyone: COVID-19 is real. Please be safe and protect yourselves and your loved ones this holiday weekend,” Woodfin previously wrote in a tweet.

Historic Community Hospital Long Beach reopened Monday for the first time in more than two years and will begin receiving transfer patients to free up other hospitals to care for COVID-19 patients, NBC Los Angeles reports.

The hospital, which opened in 1924 and closed in 2018, will have 11 intensive care unit beds and space for 40 other patients. Coronavirus patients will not be admitted.

"The addition of just even dozens of beds is the difference between someone sitting in a parking lot of the back of an ambulance versus being treated in a professional medical environment with professional medical staff," said spokesman Brandon Dowling, of Community Hospital Long Beach.

Nearly 400 people have died from coronavirus-related complications in Long Beach, according to officials. Southern California's ICU capacity is at 0%. 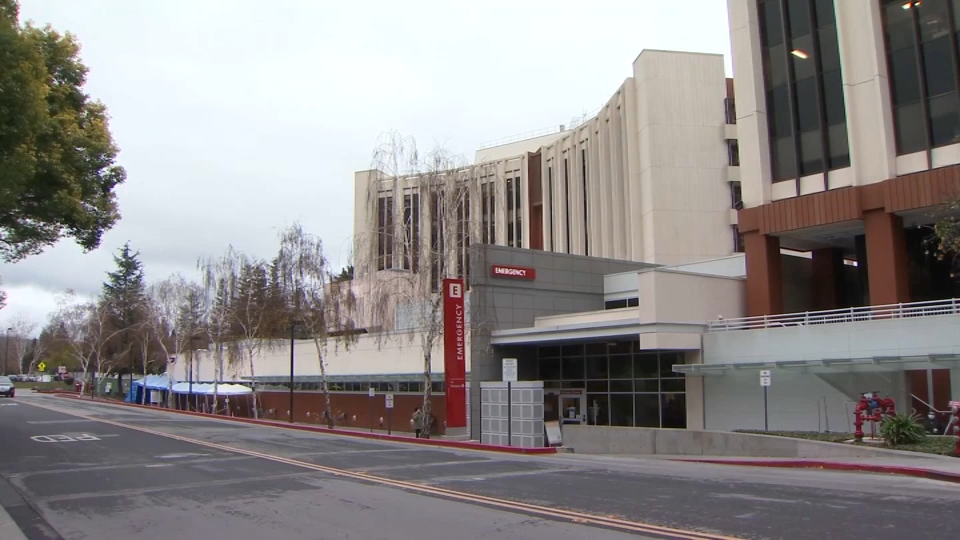 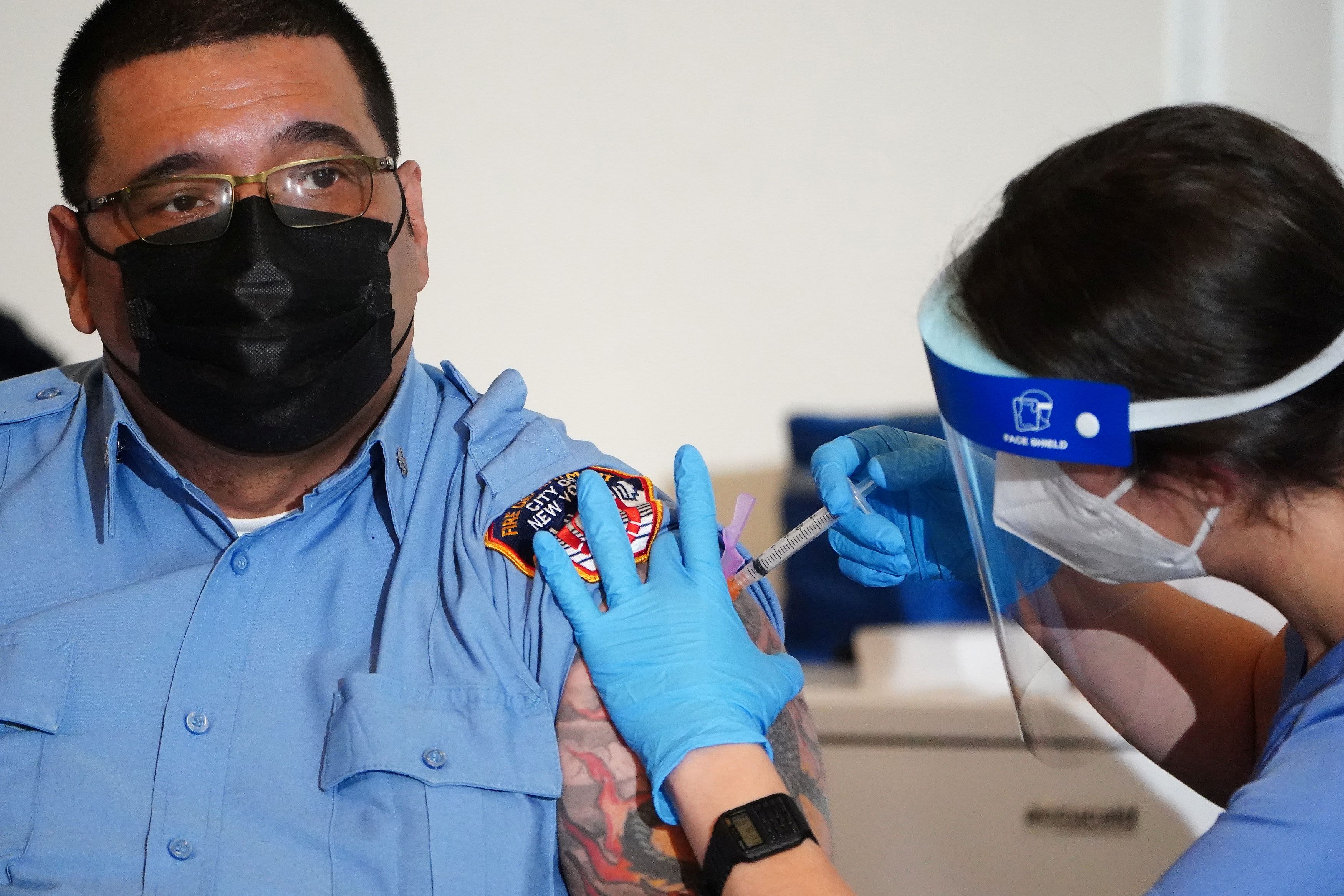