The U.S. has recorded more than 18 million coronavirus cases and over 319,000 deaths since the start of the pandemic, according to a tally by NBC News.

With doses of the Moderna vaccine arriving in hospitals around the country Monday, scientists were also working to assess the risk from an emergent new strain of the virus that appears to spread more quickly.

The Centers for Disease Control and Prevention advisory committee recommended Sunday that people ages 75 and up and frontline essential workers be next in line to receive vaccines.

Meanwhile, on Capitol Hill, Congress passed a $900 billion COVID-19 economic relief package, which would establish a temporary $300 per week supplemental jobless benefit and a $600 direct stimulus payment to most Americans. The bill is now headed to the White House for President Donald Trump's signature.

President-elect Joe Biden received his first dose of Pfizer's coronavirus vaccine on live television as part of a growing effort to convince the American public the inoculations are safe.

Monday's event came the same day that a second vaccine, produced by Moderna, will start arriving in states, joining Pfizer's in the nation's arsenal against the COVID-19 pandemic, which has now killed more than 317,000 people in the United States and upended life around the globe.

“I don’t want to get ahead of the line, but I want to make sure we demonstrate to the American people that it is safe to take," Biden has said of his decision. Biden and his wife, Jill, will also thank health care workers at the facility where they receive the shots, his incoming press secretary has said.

Vice President-elect Kamala Harris and her husband are expected to receive their first shots next week.

President-elect Joe Biden received the first dose of the Pfizer vaccine on Monday. “This is just the beginning,” he said. “I hope people listen to all the experts… talking about the need to wear masks.”

Although that could be why it has become more prevalent in the U.K., Slaoui said in a briefing with reporters Monday that another possible explanation is that “seeding happened in the shadows” before scientists started looking for it.

In the meantime, he said there is no evidence the variant causes more severe disease or is more deadly. He also said the expectation is that vaccines would still be effective against the virus strain, but that scientists are working to confirm that.

The Vatican office on doctrinal orthodoxy on Monday noted in a statement that bishops and Catholic groups have made conflicting pronouncements on the matter. The statement says “it is morally acceptable to receive COVID-19 vaccines that have used cell lines from aborted fetus” in the research and production process when “ethically irreproachable” vaccines aren’t available to the public.

Pope Francis ordered the publication of the statement, which also stressed that the licit use of such vaccines “does not and should not in any way imply” moral endorsement of such cell line use.

The statement by the Congregation for the Doctrine of the Faith cited the circumstance of citizens not being allowed by health authorities to choose which vaccine to be inoculated with. It also noted that vaccination “is not, as a rule, a moral obligation” and therefore must be voluntary. Still, the Vatican cited the “duty to pursue the common good” by protecting the weakest and most exposed to the virus through vaccination.

The coronavirus vaccine from Moderna is arriving in hospitals across the country Monday, joining Pfizer's in the nation's arsenal against the COVID-19 pandemic.

Nearly six million doses are expected to go out to more than 3,000 locations around the U.S. this week, NBC Boston reported.

Pfizer started shipping its vaccine out to hospitals last weekend, but unlike Pfizer's, Moderna's vaccine doesn’t need to be stored in extremely cold temperatures. Both vaccines are close to 95% effective and require two doses over a period of several weeks.

The Moderna vaccine was being packaged and shipped out from Mississippi and Kentucky Sunday for distribution, just two days after the federal government issued its emergency use authorization.

The shipments are another bright spot in the fight against the virus, giving states greater access to the first dose vaccinations immediately.

The European Medicines Agency recommended conditional approval Monday for a coronavirus vaccine developed by BioNTech and Pfizer to be used across the European Union, weeks after the shot was first authorized in Britain and the United States.

Following a closed-doors expert meeting, the EU drug regulator said it was recommending the shot be given to people over 16 years of age. The pharmaceutical companies will need to submit follow-up data on their vaccine for the next year.

“This is really a historic scientific achievement," said Emer Cooke, the head of the agency. “It is a significant step forward in our fight against the pandemic.”

The approval needs to be rubber-stamped by the EU's executive branch, a move its chief said is likely to happen Monday evening.

“As soon as our office was informed of this positive test, our director of operations initiated the state’s COVID-19 protocols for state emergencies,” the spokesperson said in a statement. “We are working with the California Office of Emergency Services and the California Department of Public Health on contact tracing.” 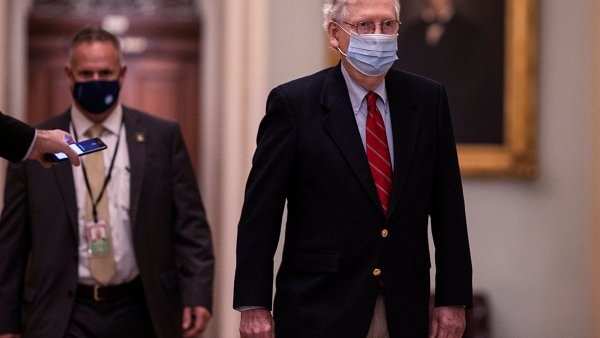 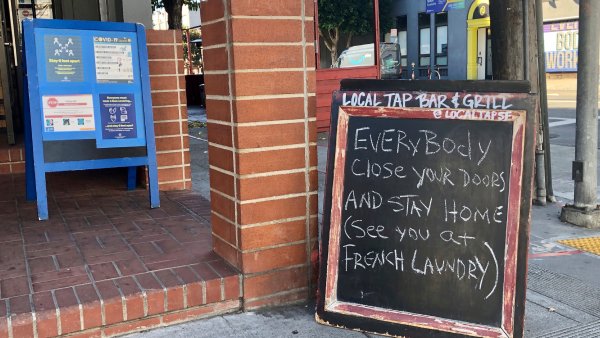