The United States reached a grim, once-unimaginable milestone in the coronavirus pandemic on Sunday: more than 500,000 people have died from COVID-19, according to a tally by NBC News. The nation has also reported more than 28 million infections.

Meanwhile, the Biden administration is on course to surpass its goal of inoculating 100 million people within its first 100 days in office. The pace of first-dose vaccinations has been largely steady over the past several weeks, hovering around an average of 900,000 shots per day. Although winter storms disrupted thousands of vaccine appointments last week, the administration says the delayed doses will be injected by March 1 and the daily pace of vaccinations will continue to climb.

President Joe Biden called the U.S. topping of the threshold of 500,000 deaths blamed on the coronavirus a "truly grim, heartbreaking milestone.”

Biden is urging Americans to resist becoming “numb to the sorrow” and “viewing each life as a statistic.” He says the people lost were “extraordinary.”

Biden also touched on the personal tragedy he’s experienced in losing his first wife and baby daughter in a car collision, and later losing an adult son to brain cancer.

Biden tells the nation’s he knows it’s hard but that “to heal, we must remember.”

He spoke before holding a moment of silence in the White House and inviting the public to join.

A major change to Connecticut’s vaccination schedule was announced Monday, with the state continuing with a mostly age-based system to make the rollout less complicated after seeing the challenges other states have faced in vaccinating essential workers and people with underlying health conditions.

“The lesson learned here from all these other states is, complexity is the enemy of equity and speed, which makes it the enemy of public health,” Max Reiss, spokesman for Gov. Ned Lamont, told The Associated Press.

The only exception to the Democratic governor’s new rollout will be for pre-K-12 school staff, including teachers, and professional childcare providers. That group, which is estimated to include about 100,000 people, will be allowed to get their shots in March at dedicated clinics set up for them. No specific date has been announced yet.

Lamont previously said he would release details this week about which essential workers and people with underlying medical conditions could soon begin signing up for vaccinations. Currently, only people ages 65 and older and medical workers are eligible. The previous group eligible for the vaccine included people 75 years and older. Lamont said Friday he would release a list on Monday of the particular medical conditions that would make people eligible.

The administration will likely receive some pushback from various groups, including frontline grocery store workers and people with disabilities, that have been arguing they should be prioritized for the shots.

A new study finds that teachers may be more important drivers of COVID-19 transmission in schools than students.

The paper released Monday by the U.S. Centers for Disease Control and Prevention studies nine COVID-19 transmission clusters in elementary schools in the Atlanta suburb of Marietta in December and January. That included one cluster where 16 teachers, students and relatives of students at home were infected.

In only one of the nine clusters was a student clearly the first documented case, while a teacher was the first documented case in four clusters. In another four, the first case was unclear. Of the nine clusters, eight involved probable teacher-to-student transmission. Two clusters saw teachers infect each other during in-person meetings or lunches, with a teacher then infecting other students.

The Centers for Disease Control and Prevention on Friday released new guidance on school reopenings. It advises schools to phase-in their reopening plans in accordance with the severity of local outbreaks.

The CDC again advises that schools need to pursue “multifacted” strategies to prevent the spread of the virus, including cutting down on teacher-to-teacher meetings, making sure masks are worn correctly, and increasing physical distancing. In addition, the CDC says it might be desirable to vaccinate teachers although the CDC restates teacher vaccination isn't required to reopen.

Two U.K. studies released Monday showed that COVID-19 vaccination programs are contributing to a sharp drop in hospitalizations, boosting hopes that the shots will work as well in the real world as they have in carefully controlled studies.

In England, preliminary data from a study of health care workers showed that the Pfizer vaccine reduced the risk of catching COVID-19 by 70% after one dose, a figure that rose to 85% after the second.

“This new evidence shows that the jab protects you, and protects those around you,’’ U.K. Health Secretary Matt Hancock said. “It is important that we see as much evidence as possible on the vaccine’s impact on protection and on transmission and we will continue to publish evidence as we gather it.’’

How a Conn. Balloon Artist Works to Bounce Back After Pandemic Shutdown

“We're all figuring out what next week is going to look like day to day.” How can a party-based business pull through a pandemic? That is the question certified balloon artist Ava Sealey, who owns Ava Party Designs in Bethel, has been facing since March. Many small businesses are struggling during the pandemic, but Sealey believes in her business's future.

For more behind-the-scenes stories of businesses trying to bounce back from the coronavirus pandemic, check out our REBOUND series.

Fans in the stands. Middle schoolers in the classroom. More overnight subway service. A big boost for indoor dining. The two largest vaccination sites yet.

Monday kicks off what perhaps might be the most significant (and varied) week of reopening in New York state and city since the pandemic began, NBC New York reports. It comes a day after the U.S. surpassed a once-unthinkable 500,000 lives lost to COVID-19 and as the unprecedented vaccination rollout faces severe weather and other challenges that had left the five boroughs with less than 1,000 first doses for the weekend.

Almost all first doses that had been scheduled to arrive in New York last week were delayed by weather, but the restock started to slowly trickle in on Monday, City Hall said. By early Monday, the first dose supply had increased to 23,253, according to city data. Last week, the city did more than twice that in one day.

Meanwhile, COVID numbers continue to decline across the board. New York state's daily positivity rate dropped below 3 percent Sunday for the first time since Nov. 23, while the rolling rate stands at 3.4 percent.

Statewide, hospitalizations have dropped to 5,764, a more than 3,500 patient plunge from their post-holiday surge peak of 9,273 on Jan. 19. The governor also reported a single-day death toll Sunday below 100 (75) for the second day in a row. Those single-day tolls had been in the triple digits every day since Dec. 13.

Read the full story on nbcnewyork.com.

President Joe Biden will mark the U.S. crossing 500,000 lives lost from COVID-19 with a moment of silence and candle lighting ceremony at the White House on Monday.

The nation passed the grim milestone on Sunday, according to NBC News, just over a year after the first confirmed U.S. fatality due to the novel coronavirus.

The White House said Biden will deliver remarks at sunset to honor those who lost their lives. He will be joined by first lady Jill Biden and Vice President Kamala Harris and her husband, Doug Emhoff. They will participate in the moment of silence and lighting ceremony.

Biden has made a point of recognizing the lives lost from the virus. His first event upon arriving in Washington for his inauguration a month ago was to deliver remarks at a COVID-19 memorial ceremony. 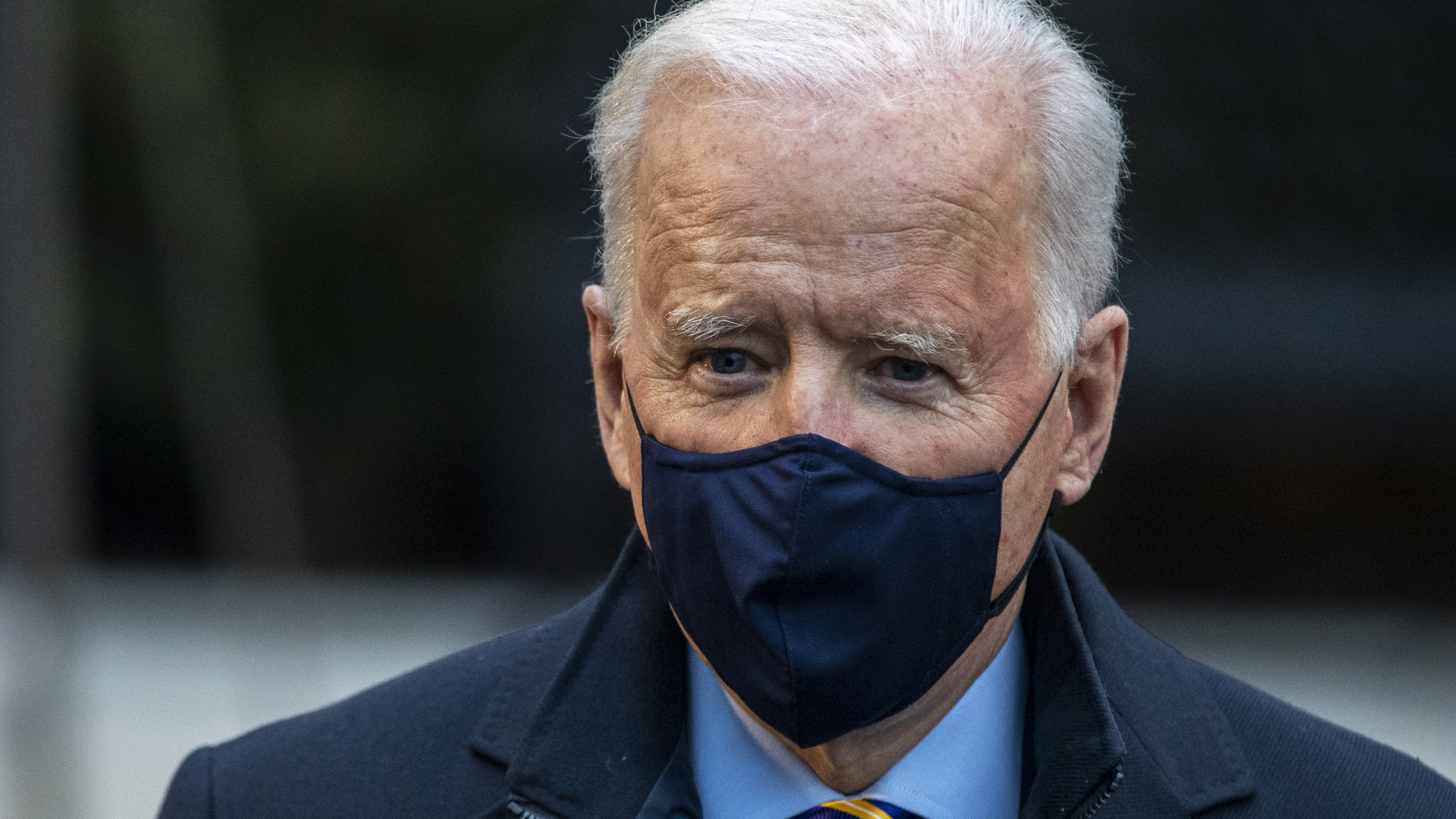 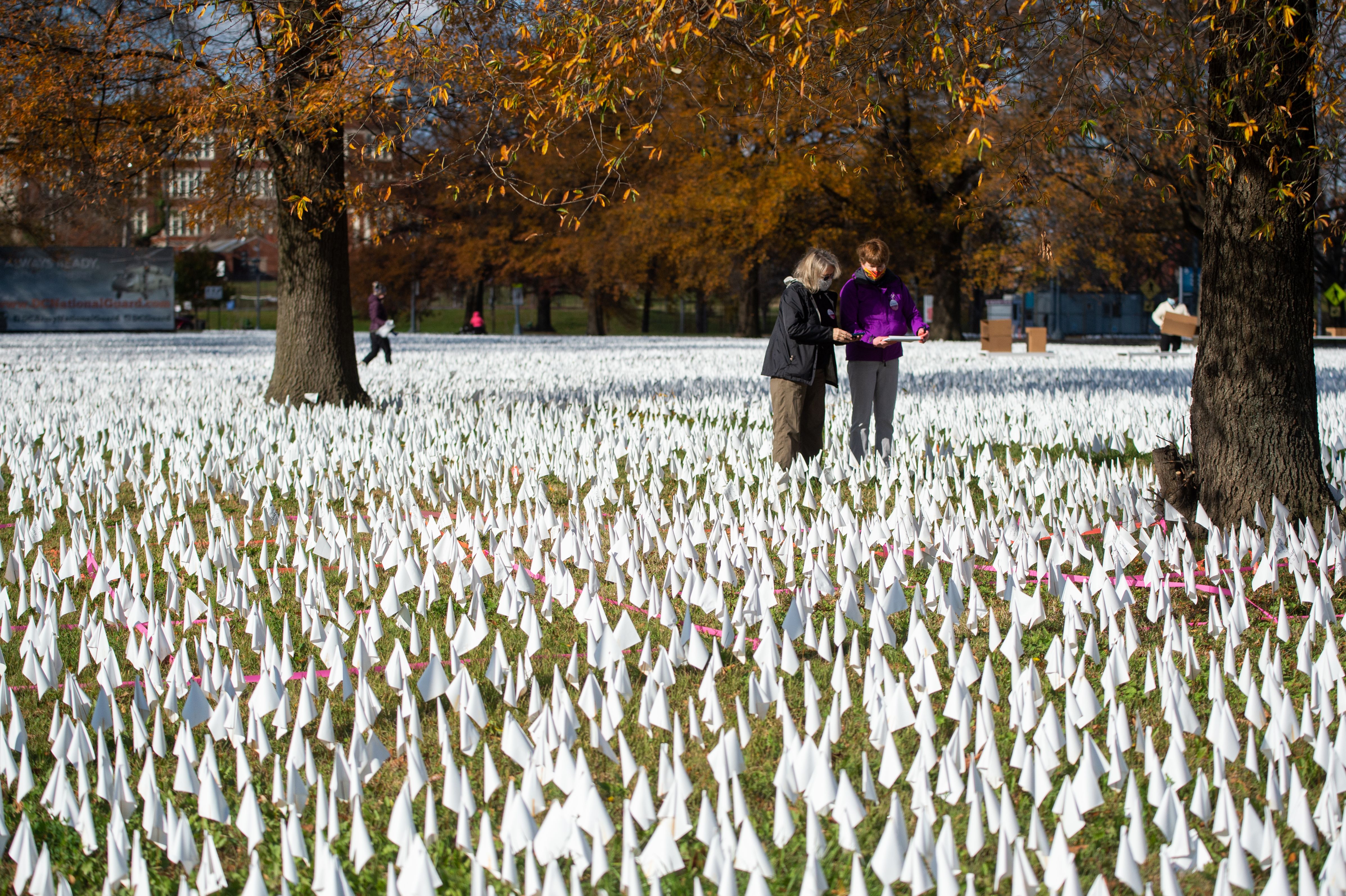 US Reaches 500,000 Deaths From the Coronavirus