With the United States facing what could be a catastrophic winter, top government officials renewed calls over the weekend to wear masks, practice social distancing and follow other basic measures. In California, a state now recording about 10,000 new cases each day, officials issued a stay-at-home order for millions of people.

On Sunday, President Donald Trump announced his lawyer Rudy Giuliani tested positive for the coronavirus. He is being treated at a hospital in Washington, D.C.

The U.S. has recorded more than 14 million coronavirus cases and 283,000 deaths during the pandemic, according to a tally by NBC News.

The World Health Organization has an unwelcome but potentially life-saving message for the holiday season: Don't hug.

To stop the spread of the coronavirus, WHO's emergencies chief said Monday that the “shocking” rate of COVID-19 cases and deaths, particularly in the U.S., means that people shouldn't get too close to their loved ones this year.

“The epidemic in the U.S. is punishing. It’s widespread," said Dr. Michael Ryan. "It’s quite frankly, shocking, to see one to two persons a minute die in the U.S. — a country with a wonderful, strong health system (and) amazing technological capacities,” he said. At the moment, the U.S. accounts for a third of all COVID-19 cases in the world, Ryan added. According to Johns Hopkins University, the country has recorded more than 280,000 coronavirus deaths to date.

Ryan was responding to a question during a news conference about whether hugs could be considered “close contact” — which the U.N. health agency has generally advised against in areas of high coronavirus transmission.

Maria Van Kerkhove, WHO’s technical lead on COVID-19, said most transmission happens among people who tend to spend a lot of time together sharing meals and indoor spaces, in workplaces or homes — but it’s sometimes hard to “disentangle” how exactly the virus was spread.

Added Ryan: “It’s a horrible thing to think that we would be here as the World Health Organization saying to people, ‘Don’t hug each other.’ It’s terrible.”

“That is the brutal reality in places like the United States right now,” he said.

California is rolling out a voluntary smartphone tool to alert people if they spent time near someone who tests positive for the coronavirus as cases and hospitalizations soar throughout the state.

Gov. Gavin Newsom announced the tool on Monday. People can opt in to use it starting Thursday. Officials say the tool doesn’t track people’s identities or locations. It uses Bluetooth wireless signals to detect when two phones are within 6 feet of each other for at least 15 minutes.

Sixteen other states plus Guam and Washington, D.C. have made available the system co-created by Apple and Google. Most residents of those places aren’t using it.

NBC 7's Omari Fleming explains how you can get the app, and spoke to users about its efficiency.

Hunger is a harsh reality in the richest country in the world. Even during times of prosperity, schools hand out millions of hot meals a day to children, and desperate elderly Americans are sometimes forced to choose between medicine and food.

Now, in the pandemic of 2020, with illness, job loss and business closures, millions more Americans are worried about empty refrigerators and barren cupboards.

Feeding America, the nation's largest anti-hunger organization, has distributed 4.2 billion meals in an 8-month period. That's an unprecedented pace in the group's history. An Associated Press analysis of most of the group's food banks found a nearly 57% increase in food distribution compared with last year.  Experts say Latinos, Blacks, and households with children and women are among those at greatest risk of hunger.

Due to the current recession brought on by COVID-19, Lauren Bauer, a fellow at the Hamilton Project at the Brookings Institution, says we are seeing higher rates of food insecurity for minority families due to a loss of jobs, loss of income and closing of schools.

It’s back to school again for some New York City school children weeks after the schools were closed to in-person learning because of rising COVID-19 infections.

Public preschool students and children in kindergarten through fifth grade whose parents chose a mix of in-school and remote learning are back inside buildings Monday in the nation's largest school district.

Special education students in all grades who have particularly complex needs will be welcomed back starting Thursday. Middle school and high school will remain all remote at least until after the holiday break. School buildings in the city have been shuttered since Nov. 19.

President-elect Joe Biden has picked California Attorney General Xavier Becerra to be his health secretary, putting a defender of the Affordable Care Act in a leading role to oversee his administration's coronavirus response.

If confirmed by the Senate, Becerra, 62, will be the first Latino to head the Department of Health and Human Services, a $1 trillion-plus agency with 80,000 employees and a portfolio that includes drugs and vaccines, leading-edge medical research and health insurance programs covering more than 130 million Americans.

The post of CDC director does not require Senate confirmation.

The Biden Administration: A Look at Who Has Been Nominated

President-elect Joe Biden, who will be sworn in on Jan. 20, has started to choose people to fill top positions in his administration.

Here's a look at how the administration is coming together. Click to read more.

At least five patients had arrived at the reopened hospital as of early Sunday afternoon. The hospital is currently staffed to accept up to 25 patients in its first week.

At full capacity, the Worcester field hospital can accommodate 220 patients and will have greater abilities than when about 125 patients were treated at the former Centrum Centre in the spring.

The field hospital this time around will have the ability to conduct on-site chest X-rays, provide oxygen and IV therapies, administer inhaler and nebulizer treatments, and will have access to on-site advanced life support. Advances in COVID-19 treatments since the spring mean that doctors and nurses at the field hospital will have additional tools at the ready, like remdesivir, monoclonal antibodies and convalescent plasma.

The meeting is a critical next step in the transition process, which President Donald Trump administration delayed for weeks while falsely claiming that the election he lost was rigged, NBC News reports.

“We haven't had any meetings yet. I know we have a meeting this coming week and we really look forward to it because actually things have been really very appropriately planned,” Slaoui said on CBS' “Face the Nation."

He pushed back, however, on Biden’s claim that there was no detailed plan for the vaccine rollout, suggesting that the "confusion" was because states are responsible for "actually delivering" the vaccine.

President-elect Joe Biden has a plan to fight the coronavirus, and he is asking all Americans to mask up for 100 days.

It's back to school again for some New York City schoolchildren, weeks after the schools were closed to in-person learning because of rising COVID-19 infections.

The city's public school system, which shut down in-person learning earlier this month, will bring back on Monday preschool students and children in kindergarten through fifth grade whose parents chose a mix of in-school and remote learning. Special education students in all grades who have particularly complex needs will be welcomed back starting Thursday.

Middle school and high school will remain all remote at least until after the holiday break, Mayor Bill de Blasio has said.

De Blasio announced Nov. 18 that public school buildings would close because the city had crossed a threshold set earlier of 3% of all the coronavirus tests performed over a seven-day period coming back positive.

The rate of positive COVID-19 tests is now over 5%, according to the city's figures, but de Blasio has said it's safe to reopen schools with beefed-up testing protocols — in part because few infections have been linked to the schools. 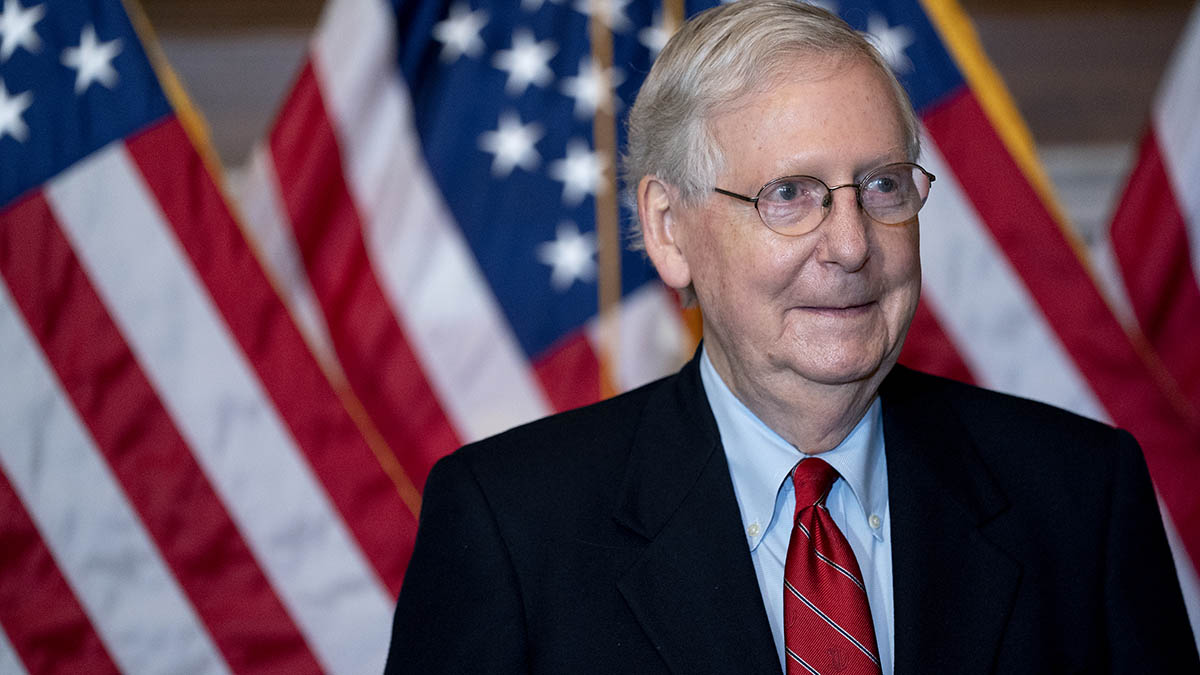 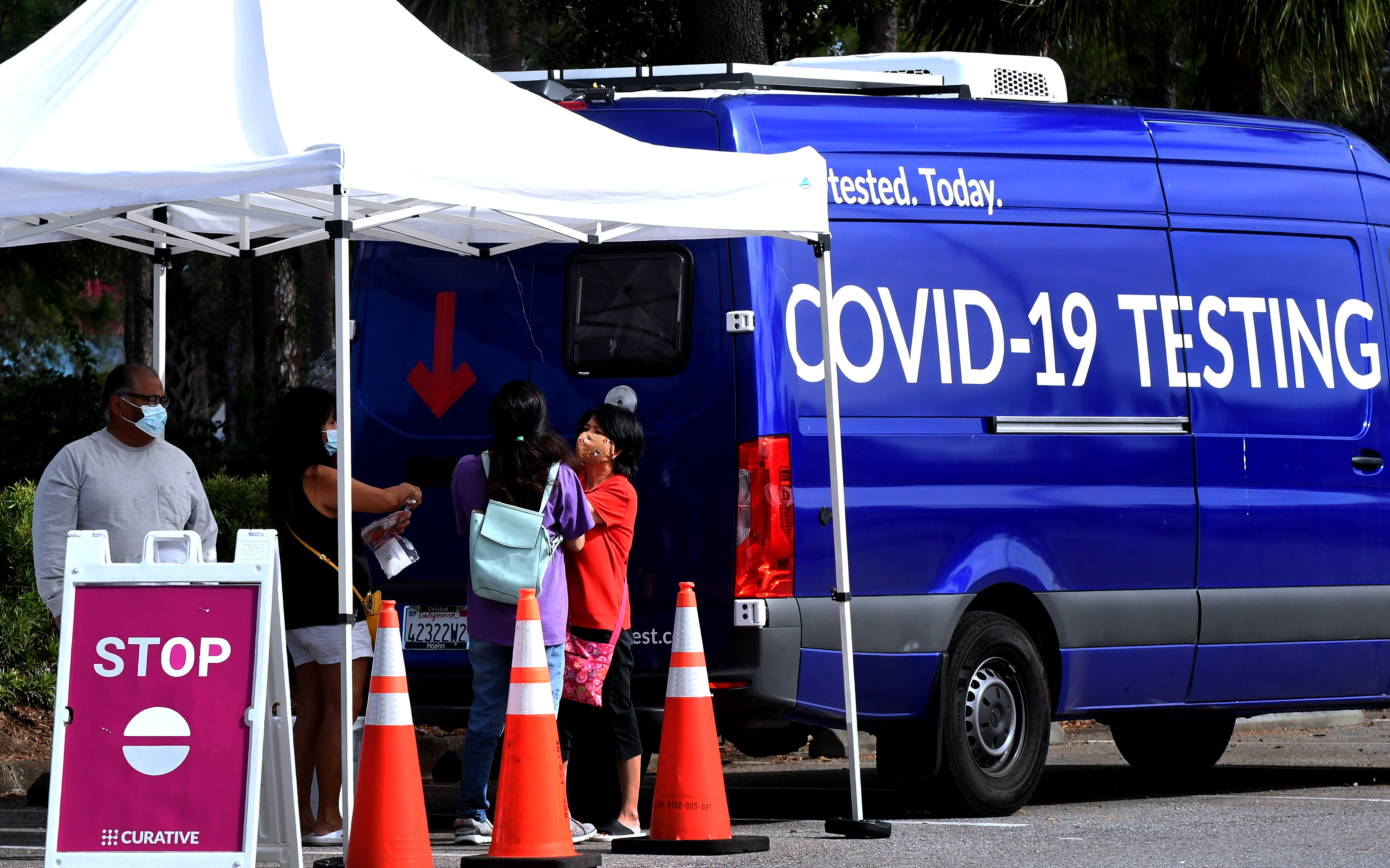 Will the US Ever Have a National COVID-19 Testing Strategy?