Practically every U.S. state is seeing a rise in cases

More than 9 million people in the United States have been infected with COVID-19, NBC News reported Thursday.

The grim milestone comes hours after the U.S. set a new daily coronavirus cases record with 80,662, according to an NBC News tally.

The U.S. also reported 996 deaths on Wednesday, according to NBC News.

Practically every U.S. state is seeing a rise in cases. Democratic Gov. Tony Evers of hard-hit Wisconsin has been reduced to pleading with people to stay home, after an order he issued in the spring was overturned by the courts. Illinois' governor banned indoor dining and drinking in Chicago this week. Other states are likewise considering reimposing restrictions.

Dr. David Letzer, an infectious-disease specialist who doubles as chairman of the Wisconsin Medical Society’s COVID-19 task force, is getting swamped with patients. He said he was incensed to see people without masks going into a restaurant as he was driving between hospitals.

"I’m just coming from a place with ventilators and people are just going to an indoor restaurant," he said. "Those are the things that are frustrating and take their toll."

In the Northeast, which seemed to have brought the virus under control over the summer, Rhode Island Gov. Gina Raimondo said the state is seeing record numbers of new infections and might have to bring back restrictions on businesses that were loosened months ago.

"We’re in a bad place. This data is not encouraging. It’s headed in the wrong direction in every metric," she said.

The long-feared surge is blamed in part on growing disregard for social distancing and mask-wearing, as well as the onset of cold weather, which is forcing people indoors, where the virus can spread more easily.

On Wednesday, Dr. Anthony Fauci, the nation's top infectious disease expert, warned that the U.S. is on a dangerous path.

"If things do not change, if they continue on the course we’re on, there’s gonna be a whole lot of pain in this country with regard to additional cases and hospitalizations, and deaths," the White House coronavirus taskforce member said in an interview Wednesday evening on CNBC's "The News with Shepard Smith."

Fauci suggested doubling down on masks, distancing, and avoiding crowds and congregations amid Americans’ coronavirus fatigue, and added that the country would "be much better than we’re doing right now."

The U.S. currently has nearly 9 million confirmed cases and more than 228,000 deaths, according to NBC News. 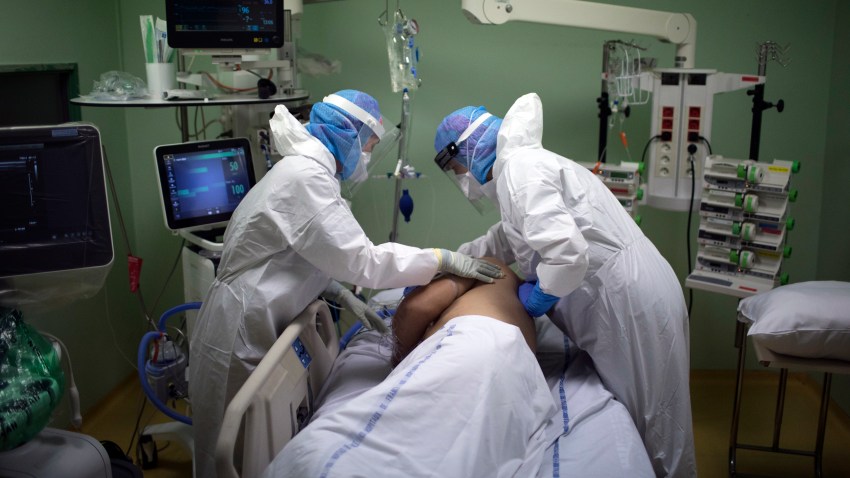