When the damage the coronavirus inflicts on the U.S. jobs market becomes clearer, it could be unlike anything the country has ever seen.

Judging by numerous forecasts from economists, the avalanche of furloughs will easily break the record for most in a single month.

Upcoming weekly jobless claims will shatter the standards set even during the worst points of the financial crisis and the early-1980s recession, with Bank of America forecasting a total of 3 million when the number is released Thursday. Those figures are expected to be so bad, in fact, that the Trump administration, according to several media reports, has asked state officials to delay releasing precise counts.

While the headline unemployment rate is highly unlikely to approach the 24.9% during the Great Depression, it very well could be the highest in almost 40 years, something unthinkable for a jobs market that had been on fire as recently as February. 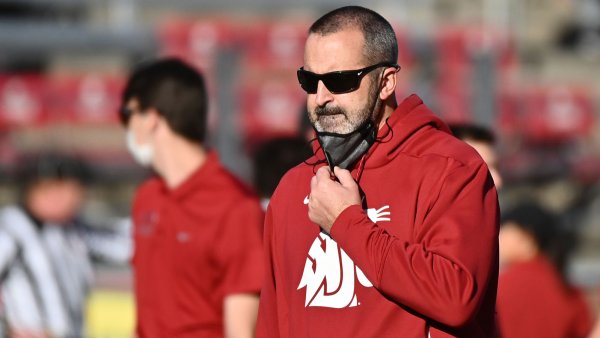 Job losses will be counted not in the thousands or even hundreds of thousands, but rather in the millions. Although it’s uncertain whether the total count from this recession ends up breaking previous records, it’s a good bet that April’s number will outpace by a large margin any single month in U.S. history for a drop in nonfarm payrolls.

Some forecasts see April quintupling that or worse. Forecasts for that month range from 500,000 to 5 million.

“There’s just so much that we don’t know about how long the disruption to economic activity related to the containment of the virus will be. That does make forecasting these things very difficult,” said Jeremy Lawson, chief economist at Aberdeen Standard Investments. “By the time you get to the April payroll number, which may be right at the deepest level of contraction, yes, those numbers are plausible certainly.”

Because of the way the Labor Department conducts its sampling, the March nonfarm payrolls report probably won’t reflect the worst of the layoffs. Where those numbers will show up is in weekly jobless claims figures.

Looking further ahead to April, Lawson said a drop of 500,000 for the month “is not an unreasonable starting point.” Other forecasters, though, see a far gloomier picture.

“We never imagined we’d write anything like this,” Sheperdson said in a note. “The shock will be so great that it will leave policymakers with no choice but to pass much more stimulus than is currently under discussion.”

When all is said and done, the unemployment rate will be 10.6%, and there will be 17.9 million Americans on the unemployment line, or about 12 million more than in February, according to a projection from Steven Blitz, chief U.S. economist at TS Lombard. The current jobless rate is 3.5%, the lowest in more than 50 years.

If Blitz is right, that would put unemployment at its highest percent level since December 1982.

Elsewhere, the Economic Policy Institute projects 3 million job losses during the summer, while Citigroup economist Veronica Clark said the rise in jobless filings “is just the start of a period of a rapid increase in claims over the next few weeks.”

“If there is not a normalization of activity by mid-April (which looks increasingly unlikely), we would not be surprised to see job losses in the multi-millions next month,” Clark wrote.

One survey released Thursday painted a far gloomier mosaic: SurveyUSA indicated that 14 million people already have experienced temporary layoffs, while 2% of the workers have lost their jobs outright. A bright side: A Towers Watson survey said 52% of employers who experience a shutdown will continue to pay employees.

A call for even more stimulus

The big layoff numbers are not likely to show up until the April data is released in early May. The March report could be somewhere around flat as the sample period the Labor Department will use for its estimate is the week ended March 14, before some of the worst news came about companies cutting workers.

Since then, Marriott International has announced it will cut thousands of workers, and similar moves are expected to be executed throughout the hospitality and food and beverage industries.

One upside to the coronavirus scenario is that most economists still expect the downturn to be brief compared to other recessions, with the worst news front-loaded.

“As socialization returns and shuttered businesses reopen, the economy will take on the look of a more typical recession,” Blitz wrote. “With a ‘regular’ recession in place, made less severe by the planned [$1 trillion] of fiscal spending, the unemployment rate will fall into mild recession territory, probably 6% by year-end. This will be the odd cycle, where the highest unemployment rate comes at the beginning.”

Still, those kinds of numbers could push policymakers into even more stimulus than currently contemplated.

“If this response includes enough fiscal stimulus that is well-targeted and sustained so long as the economy remains weak, job loss will be substantially reduced relative to any scenario where policymakers drag their feet,” wrote Josh Bivens, director of research at the Economic Policy Institute. “Even with moderate fiscal stimulus, we’re likely to see 3 million jobs lost by summertime. Keeping this number down and allowing any job loss to be quickly recouped after the crisis ends should spur policymakers to act.”