Restaurant Workers Out of Work Again as Virus Surges Anew

The U.S. has seen more than 12.4 million confirmed infections and over 258,000 deaths from the coronavirus

Waiters and bartenders are being thrown out of work — again — as governors and local officials shut down indoor dining and drinking establishments to combat the nationwide surge in coronavirus infections that is overwhelming hospitals and dashing hopes for a quick economic recovery.

And the timing, just before the holidays, couldn't be worse.

Restaurant owner Greg Morena in Los Angeles County was trying to figure out his next step after officials in the nation's largest county banned in-person dining for at least three weeks, beginning Wednesday. But he was mainly dreading having to notify his employees. 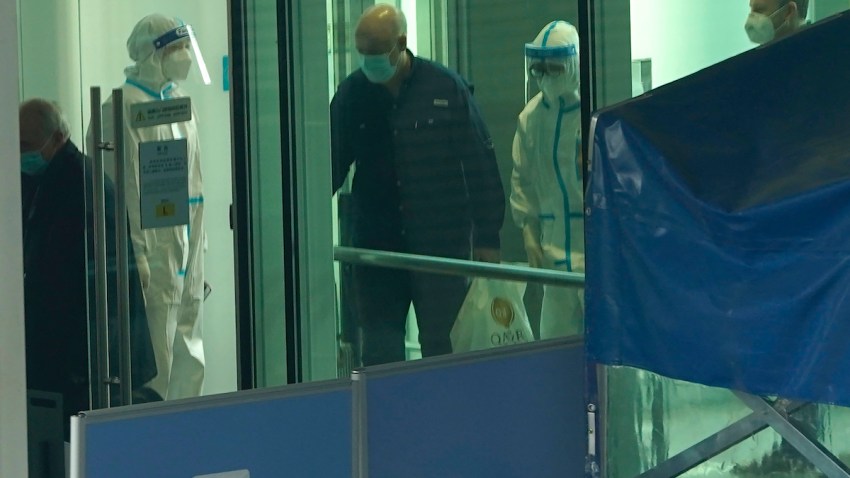 WHO Team in Wuhan Departs Quarantine for COVID Origins Study

“To tell you, ‘I can’t employ you during the holidays,’ to staff that has family and kids, I haven’t figured that part out yet. It’s the heaviest weight that I carry,” said Morena, who had to close one restaurant earlier in the year and has two operating at the Santa Monica Pier.

Randine Karnitz, a server in Elk River, Minnesota, said her boss laid her off last week after Gov. Tim Walz announced that bars, restaurants and gyms would close for four weeks as infections spiked to an all-time high and pushed hospitals to the breaking point.

“‘Well, your last day is tomorrow. You don’t have a job. You can thank your governor for that,'" Karnitz said her boss told her.

She said her husband's hours also have been cut at his manufacturing job, forcing the family to postpone house repairs.

Karnitz, though, said that she supports a shutdown and that people who didn't take the virus seriously bear much of the blame.

“I just think that if we all would’ve done our part to begin with, we wouldn’t be in this predicament," she said. “Things are only going to get worse for the service industry before it gets better, unfortunately.”

Louisiana Gov. John Bel Edwards on Tuesday said he is limiting the number of customers in restaurants, gyms, salons, casinos, malls and other nonessential businesses to 50% of their capacity as the state sees a third spike in coronavirus cases and hospitalizations. Most bars will be restricted to takeout, delivery and outside seating.

Restaurant owners — most of whom underwent shutdowns in the spring and summer — are finding the new round of closings challenging as colder weather sets in. Many are offering curbside pickup but also trying to hold outdoor dining, even if it means setting up shelters or heaters.

But in Los Angeles County, restaurants and bars are prohibited from providing outdoor dining beginning Wednesday. They will be limited to takeout and delivery.

Some are challenging shutdown orders in court, with little success.

On Tuesday, a judge rejected a request from a restaurant industry group to block the Los Angeles County outdoor dining ban. A day earlier, a California judge refused to temporarily restore indoor service at restaurants and gyms in San Diego County that were forced to move operations outside, saying there is scientific evidence to support Gov. Gavin Newsom’s sweeping public health orders.

A federal judge last week declined to halt a three-week ban on indoor dining in Michigan after an industry association complained that restaurants were being treated unfairly. The judge noted that restaurants are unlike other businesses in that their customers have to remove their masks to eat or drink.

The infections have led to a shortage of hospital beds and health care workers, and they threaten non-COVID-19-related surgeries and other care.

Restaurant owners in Los Angeles County contend infections are more likely to be coming from private gatherings where rules about masks and spaced-apart seating aren't in force.

“The same people desperate to go to bars are going to party in their houses,” said Brittney Valles, owner of Guerrilla Tacos in Los Angeles. “You will never see them until they’re spreading coronavirus around willy-nilly. It’s insane.”

Valles said she broke down Saturday as she realized it could be the last time — at least for a while — that she would see some of her employees. It will be the third time she has had to furlough employees, and she was working Monday to develop a plan to keep as many employed as possible.

She has already opened a coffee shop that offers breakfast burritos. She plans to expand those hours, continue to operate the taco business for lunch takeout and open a burger joint at night that would deliver meals and offer food to go.

Some restaurateurs have been defiant. Colorado Gov. Jared Polis warned restaurants Tuesday that they could lose their licenses if they violate closure orders after several businesses in Larimer County signed a letter saying they will continue operating at full indoor capacity.