Illinois officials reported nearly 200 deaths in 24 hours Wednesday, marking the deadliest day on record for the state since the coronavirus pandemic began

Illinois Gov. J.B. Pritzker on Wednesday had a strong message for residents "who believe we need to reopen faster."

Addressing calls from residents and state leaders to allow some regions to move through the reopening phases earlier than dictated, Pritzker said "there are no easy decisions."

"Folks, I know this is hard. I know people are hurting. This virus has
taken lives and destroyed livelihoods. It has turned our world upside
down and stolen our sense of normalcy and stability," he said. "I know how badly you want this to be over. I want that too. If I could take away the pain and the loss you are feeling right now I would do so in a heartbeat. But this virus is still here. This pandemic is not over. And to pretend otherwise in a misguided attempt to reclaim what we have lost, will only make this last longer."

A group of protesters gathered in Chicago’s Loop Friday to call on Gov. J.B. Pritzker to reopen Illinois’ economy.

Illinois officials reported nearly 200 deaths in 24 hours Wednesday, marking the deadliest day on record for the state since the coronavirus pandemic began. Deaths across the state neared 3,800 and confirmed cases approached 85,000.

As of Wednesday, 4,563 people remained hospitalized with COVID-19. Of those, 1,208 were in intensive care units and 714 were on ventilators.

"We know that the numbers of the people in the hospitals the number of people who passed on are not just numbers and statistics," Illinois Department of Public Health Director Dr. Ngozi Ezike said while urging residents to continue staying home. 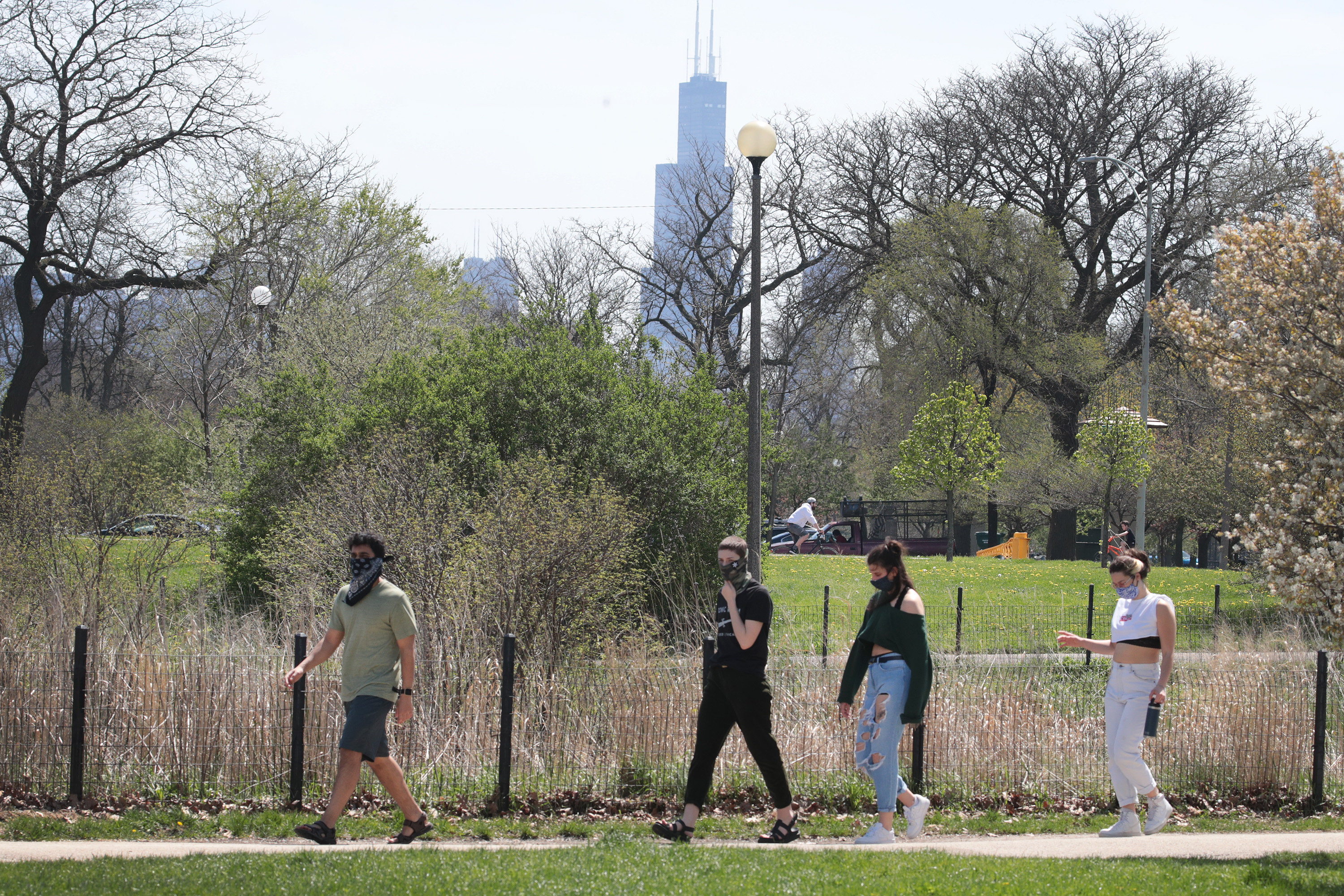 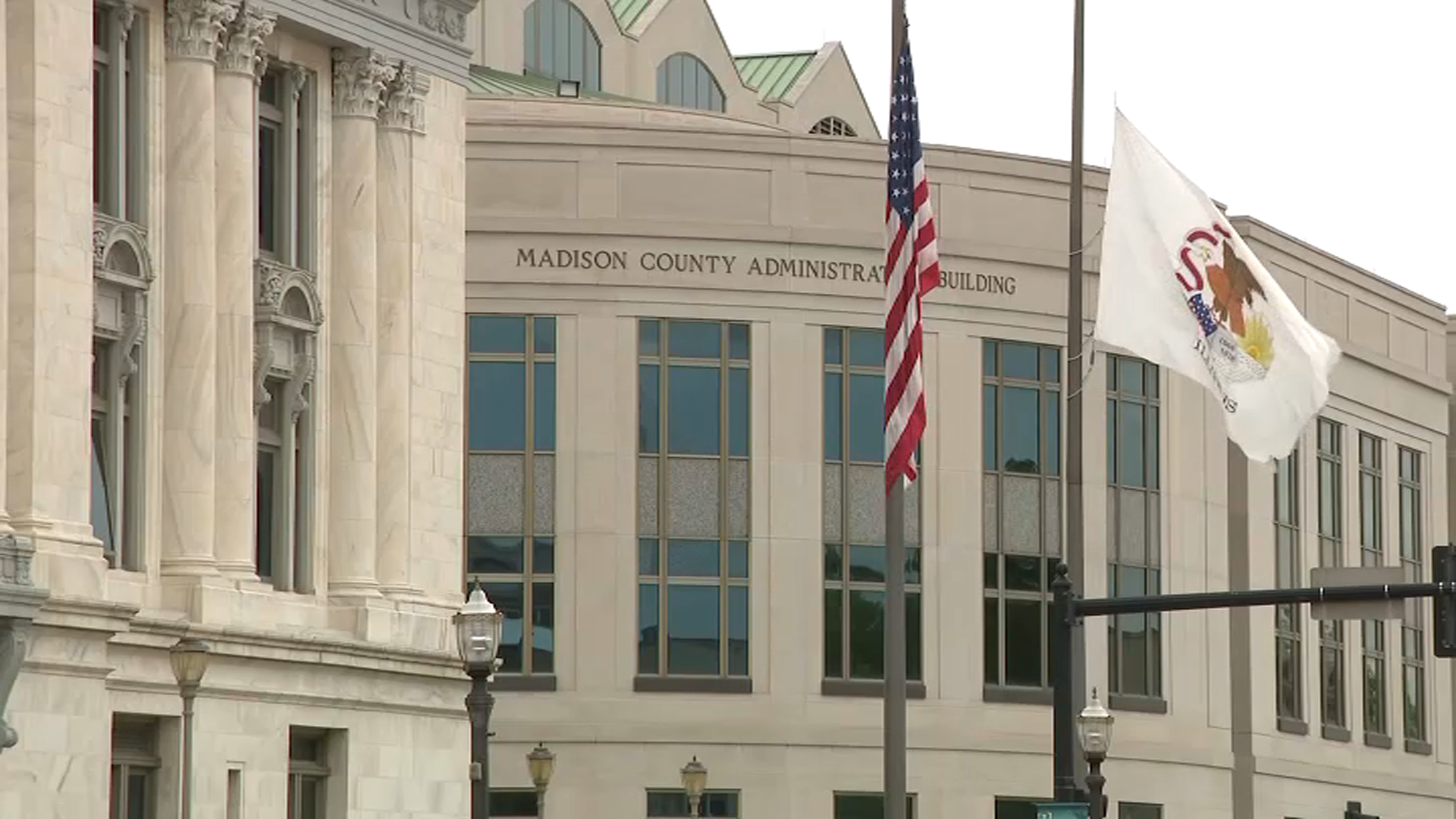 Pritzker revealed Monday that Illinois may not reach a coronavirus peak until mid-June, according to new projections.

The state is currently in its seventh week of a statewide stay-at-home order and in the second phase of a five-stage reopening plan. The state remains under a stay-at-home order until May 30, though some regions may begin lifting additional restrictions as early as May 29.

Still, some regions have filed lawsuits over the extended order that began on May 1, churches have held services exceeding occupancy limits and some counties have launched their own reopening plans in defiance.

"Every choice has consequences and I know leaders across the state are struggling with those choices and I have sympathy for them. But what I don’t have sympathy for is those so intent on disregarding science and logic, so
afraid to tell their community what they don’t want to hear, that they
put people’s lives at risk," Pritzker said. "You weren’t elected to do what is easy, you were elected to do what’s right."

May 12 briefing: Gov. J.B. Pritzker calls on the legislature to convene and “begin to put our financial and economic house back in order.”

Pritzker warned that businesses and licensed professionals can be held accountable for defying the public health orders and counties choosing to reopen "will not be reimbursed by FEMA for damage they cause themselves."

"To the small minority who either don’t believe in science or are
too impatient to let the science guide us let me say this: There is no
consequence I can impose that is greater than the harm you will do to
your own communities," he said. "One hundred and ninety two Illinoisans lost their lives to this virus in the past 24 hours. I don’t know how to make this more real for you. More people will get sick and die if we don’t stay the course. Be a responsible public servant. Step up and lead. Now, more than ever, your communities need you. Don’t let them down."