As the World Health Organization announces that omircon has been classified as a "variant of concern," many are asking about the difference between this categorization and a "variant of interest."

According to the Centers for Disease Control and Prevention, however, variants of the coronavirus were expected. 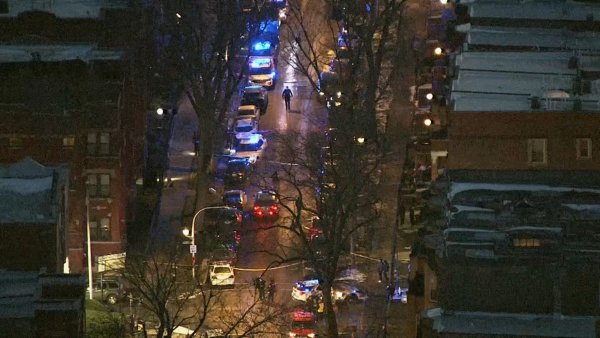 "We will probably have a variant of what we call a variant of interest identified every few weeks," Chicago Department of Public Health Commissioner Dr. Allison Arwady said Tuesday. "Like that's how this virus works. Variants of interest just mean we've seen a number of the same genetic mutations emerge and scientists around the world are on the lookout for it every single time. A virus anywhere in the world gets this genetic sequence, it gets updated into a database that's shared internationally, so we can really see what's emerging. When a variant of interest emerges, it says, 'Oh, this is something we should watch a little bit.'"

Variants of concern, which include alpha, beta, delta and now omicron, have shown to spread more easily, cause more serious disease, or dent the effectiveness of vaccines and other COVID-fighting tools. They’re more worrying than the variants of interest — like mu and lambda — that have affected aspects like transmissibility and severity of the disease but aren't as transmissible.

Currently there are no variants of high consequence.

"I would say if something became a variant of high consequence that would be a big deal," Arwady said, adding that such variants are ones in which "the vaccine was not working very well."

As of Saturday, no cases of omicron have officially been detected across the U.S., according to health officials. The Chicago Department of Public Health noted, however, that they are "don't know" if the variant has reached America yet.

Omicron has thus far been seen in travelers to the U.K., Belgium, Hong Kong and Israel, as well as in southern Africa.

For what we know so far on the omicron variant, click here.