The judge's ruling exempted a downstate lawmaker from Governor J.B. Pritzker's "stay-at-home" order, which was recently extended through May 30

After a judge in Southern Illinois ruled that a state representative was exempt from Governor J.B. Pritzker’s extended “stay-at-home” order, Chicago Mayor Lori Lightfoot says the city intends to continue enforcing the restrictions.

In a press release, Lightfoot called Judge Michael McHaney’s ruling “troubling and wrong,” and said that she stands firmly behind Pritzker’s actions during the coronavirus pandemic.

“I applaud and unequivocally support Governor Pritzker’s actions to extend the stay-at-home order to protect all Illinois residents,” she said. “Nothing about today’s ruling will change the city’s intention to continue imposing the stay-at-home restrictions. We need this effort to keep all Chicagoans safe and health, and we will stay the course.” 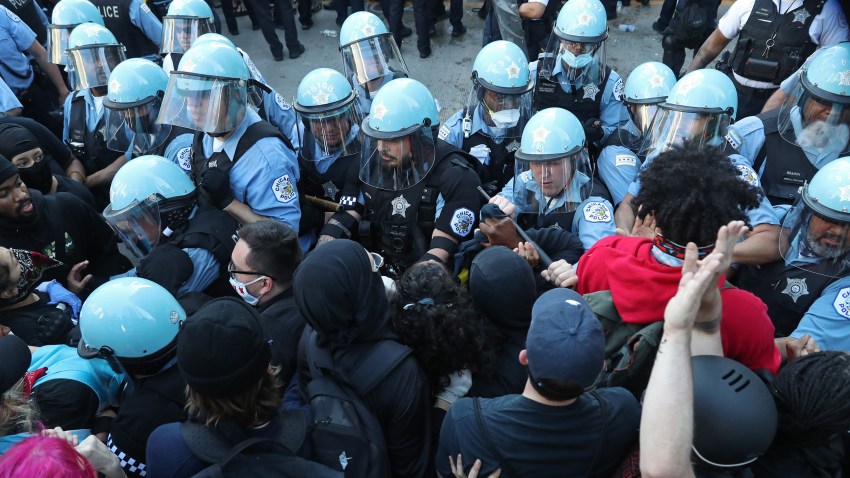 Rep. Darren Bailey filed a lawsuit against Pritzker earlier this month, claiming that the state’s stay-at-home order was doing “irreparable harm” to him while it was in place. Judge McHaney agreed in his ruling, issuing a temporary restraining order against the stay-at-home regulations and saying that Bailey will not have to abide by them.

It is not clear what effect the ruling will have on other state residents.

Chicago Mayor Lori Lightfoot was asked a series of questions Monday about everything from playing Chicago baseball without fans to a viral video that showed a large weekend house party on the city’s West Side.

Governor Pritzker promised an immediate appeal, and said that his administration will take action to ensure that the stay-at-home regulations can be extended beyond their expiration date on April 30.

Lightfoot says she fully supports the state’s plan to appeal the ruling, saying that it threatens to “destroy the collective progress” the state has made against the spread of the virus.

“(This ruling) gives Illinoisans the wrong impression that we have beaten COVID-19,” she said. “Let me remind everyone that the governor’s stay-at-home order has played a crucial role in our data-driven, robust response to COVID-19.”

City data has indicated that the stay-at-home order has helped to flatten the curve in terms of an increase in the number of coronavirus cases.

Despite that progress, Lightfoot says that adherence to the order and social distancing guidelines remains key to ensuring that progress will continue to be made.

“Continued compliance will be needed to keep flattening the curve and ultimately lead to a decrease in cases,” she said. “Contrary to what this ruling suggests, we must all be in this together, and only through cooperation and collaboration can we contain and limit the effects of the virus.”