According to Chicago's top doctor, here's what you need to watch for

What are the symptoms you should watch for if you received the Johnson & Johnson vaccine prior to U.S. regulators recommending a “pause” to investigate reports of potentially dangerous blood clots known as cerebral venous sinus thrombosis, or CVST?

Here's what you should know.

What is cerebral venous sinus thrombosis?

According to Johns Hopkins Medicine, cerebral venous sinus thrombosis "occurs when a blood clot forms in the brain’s venous sinuses," preventing blood from draining out of the brain.

"As a result, blood cells may break and leak blood into the brain tissues, forming a hemorrhage," the medical group's website reads.

Chicago's top doctor said while blood clots themselves are not rare, this particular type of blood clot is.

Dr. Kate Mullane, an attending physician in infectious diseases and professor of medicine at University of Chicago who was involved in the clinical trials surrounding the Johnson & Johnson vaccine, also noted the condition is rare.

Who is at risk of developing the blood clots after the Johnson & Johnson vaccine?

In a joint statement Tuesday, the CDC and FDA said they were investigating unusual clots in six women that occurred 6 to 13 days after vaccination. All six cases were in women between the ages of 18 and 48.

It’s not clear if the exceedingly rare reports really are linked to the J&J vaccine.

The reports appear similar to a rare, unusual type of clotting disorder that European authorities say is possibly linked to another COVID-19 vaccine not yet cleared in the U.S., from AstraZeneca. Last week, European regulators said they found a possible link between the shots and such clots that seems to occur more in younger people.

"The concern is, you know, are there other factors that are associated with [CVST]?" Mullane said. "Could it be oral contraceptives? Could it be something else that is putting people at a higher risk of of developing a clot? Is there some genetic reason for it to occur? And so we want to make sure that we understand all of those things when we go further to say, is it safe to use and who's the population that we should be using again? Is there specific populations that we should go forward with?"

Chicago's top doctor had earlier noted that women and younger adults are more likely to experience side effects from any of the three vaccines authorized in the U.S. for emergency use, though she stopped short of saying such groups are at an increased risk for CVST.

"At this point, you know, six cases is really tiny compared to again the almost 7 million that have gotten this vaccine, but I don't think it's a surprise to see something that could be related to an immune reaction affecting women," she said Tuesday. "We know that autoimmune diseases generally are much more prevalent in women and that's because women, mind you, have differences in their immune system."

Arwady said estrogen can elevate immune responses, while testosterone can decrease it. At the same time, she noted that "a lot of your immune modulating genes" can live on an "x" chromosome, which women have two of, while men have one.

"So there's all these reasons that sort of immunity in general goes up a little bit different in women than it does in men," she said. "And so we're seeing women, a little more likely to report some of the side effects."

Data from the CDC also reported women were more likely to experience side effects than men, according monitoring from the first month of vaccinations.

From Dec. 14 through Jan. 13, more than 79 percent of side effects were reported by women, the data showed. Meanwhile, women received roughly 61.2 percent of the doses administered during that same time.

An advisory committee is scheduled to meet Wednesday to review the blood clot reactions and consider how to proceed.

What symptoms should you watch for if you already got the J&J vaccine?

Arwady said it is believed, as of now, that the symptoms in these cases take time to show up and likely won't appear in the same way as traditional side effects that often are seen within the first 24 to 48 hours.

"The thoughts on this, if this does turn out to be linked in some ways, it is probably immune mediated and your platelets have about a 10-day lifetime in your body and it takes time for this to show up and so if people had a headache in the day right after they got vaccinated, and it went away, I would not have significant concern about that at all," she said. "This is more if you were to see a severe headache, abdominal pain, you know leg pain, or just others concerning symptoms appearing more in the kind of one to two weeks post-vaccine and we're saying, up to three weeks at this point. We want people to seek medical care, but these are the things that we would want people to seek medical care for anyway."

How is it treated?

Have there been any such cases in Illinois or the Chicago area?

According to Arwady, no Chicago cases have been reported so far.

"We are not aware of any local cases of this in Chicago or in Illinois," she said.

Still, both Illinois and Chicago will pause use of the Johnson & Johnson vaccine "out of an abundance of caution," health officials said Tuesday.

"IDPH has notified all Illinois COVID-19 providers throughout the state to discontinue use of the J&J vaccine at this time," the Illinois Department of Public Health said in a statement. "In order to keep appointments, IDPH is strongly advising providers to use Pfizer-BioNTech and Moderna vaccines."

"IDPH will continue to update the public as additional information becomes available," the department's statement read.

Walgreens announced that it would also pause its use of the J&J vaccine, saying the pharmacy chain is "immediately suspending the administration of the J&J vaccine at our stores and off-site clinics and are awaiting further guidance."

"We are reaching out to patients with scheduled appointments and rescheduling vaccinations from other manufacturers, as supply allows," Walgreens said in a statement. "We will continue to work closely with the FDA and CDC and, as always, the health and safety of our patients and customers is our highest priority."

"Patients who have an appointment scheduled for the Janssen vaccine will be notified that their appointment has been canceled, and they will be directed to a link to reschedule for the Pfizer or Moderna vaccine," the grocery chain said in a statement. "We add appointments to our online scheduler as doses become available. We appreciate the community's patience and understanding."

Gov. J.B. Pritzker said the state will be sending 50,000 first doses of the Pfizer and Moderna vaccines to Chicago within the next week, with plans to send an additional 50,000 doses in the coming weeks to be used for the second shots.

Johnson & Johnson Vaccine Pause: What to Know in Illinois 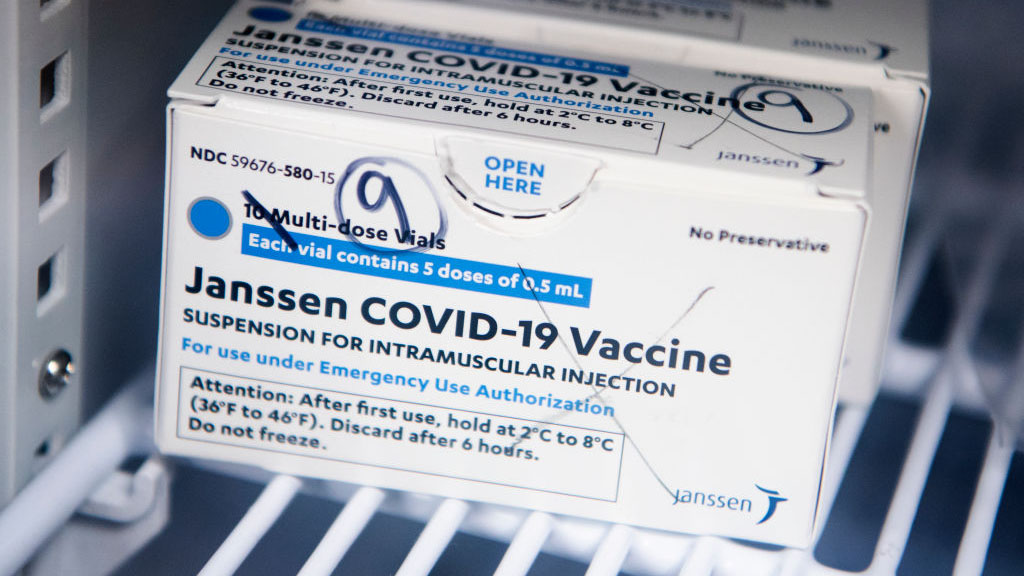